The world’s most famous surnames

It is known as the surname of the anthroponial name, which together with the main name of the person, gives references of the origins of the family to which it belongs. In some countries only paternal use is used; in others the mother; and others (as in Spain and America) the first two of the father and mother. 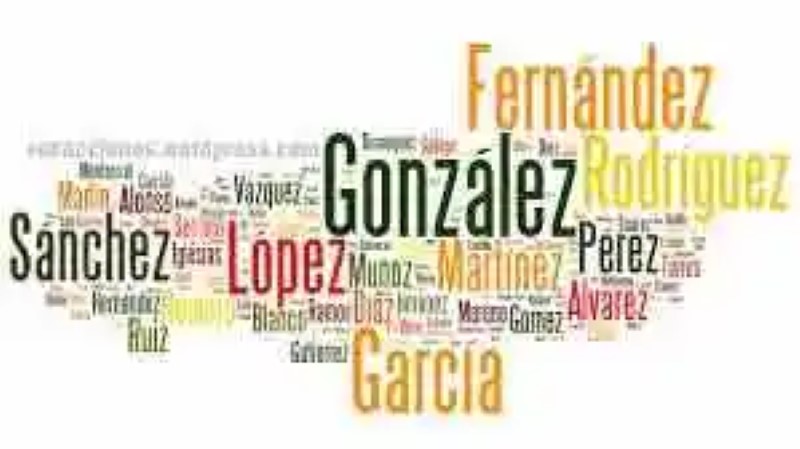 In ancient times they originated by referring either to the name of the father (patronymics), either to the office followed by the family, the place of origin (toponymic) or simply to refer to a physical quality of the one they were trying to describe or who was the first to carry it.

Since then many years have passed and the descendants that these families have had, so today little is the relationship that the owners of the surnames have with those descriptions they had in the first place.

Paradoxically to what has never been described above as in recent centuries surnames have become so important, a fact that may have its origin in the fact of how the world’s population has grown, which makes us have to identify ourselves in addition to our name with the use of one or two surnames. Currently it is a duty to have them and use them for any administrative or civil procedure, being our most distinctive brand, as much as our name.

However, although you find it strange, you and your closest relatives aren’t the only ones to have the last name they have, there are millions of people who also carry it, and that’s not why they’re your immediate relatives, although if we look at the trees genealogical of some may find distant kinship relationships.

Unsurprisingly, the continent that has the most users of surnames in common turns out to be Asia, due to the large number of inhabitants that the countries have, located in this continent located in the east of the world. In this sense, the surname Lee, as well as its different variations, among which you can also count the surname Li, reports a total of one hundred and twenty million users in the world, making it not only one of the most famous surnames in Asia , but of the world.

According to what has been published by some internet portals, the surname Lee is used by about ten percent in China, which translates into millions of people, taking into account that the population of this country amounts to 1,357 billion human beings.

It is also believed to be one of the oldest surnames of humanity, whose origin dates back at least twenty-five centuries BC, also constituting one of the most nourished and old branches of the Chinese family tree, although not all Lee are Asian in actuality. As to its meaning it is believed that it in principle referred to an official administering justice, as well as one of the pear-given tree species.

For its part, in reference to surnames in Anglo-Saxon languages, we find that the most popular or famous of them is the surname Smith, which extends throughout England, Australia and the United States, counting the three continents (Europe, Oceania and America) with approximately four million users.

Originally English, it has also emigrated to other lands around the world, becoming the second most widely used surname in Canada, as well as the fifth most widely used surname in Ireland. It is believed that their spread and growth of having begun in the time of the conquest to America, as some studies reveal, this was the surname adopted by slaves when they came to American soil. As for its meaning, it apparently derives from the English word “smitan” which means to strike, being a surname originated in a trade, referring specifically to that of “blacksmith”.

In the Spanish language the most common surname turns out to be García, with more than twelve million users and users throughout Latin America, outnumbering surnames such as Hernández, Pérez or González. It originates from a physical characteristic, so it is a descriptive surname, which originates from the words gazta or gartzia, which can be translated as “young”.

Today it is the main surname of almost all the Spanish provinces, where almost one and a half million people carry it, representing almost four percent of the population, which is calculated taking into account only those who carry it as the first surname.

Also in Spanish, and originating in Spain, González occupies the second place of the most common or famous surnames of Hispanoamerica, being carried by more than ten million users, being the main countries of use Mexico and the motherland, Spain. It was apparently established as one of the most commonly used surnames during the Middle Ages, following the expansion of the Visigothic kingdom in the Iberian Peninsula. Likewise, according to the experts in Heraldic, the surname González is a patronymic surname, which originates from Gonzalo’s own name.