It is normal to see sporting competitions such as football, tennis, extreme sports, gymnastics and marathons but the humanimagination gives for everything since worldwide there are competitions far out of the ordinary.

The world’s strangest competitions
It is normal to see sporting competitions such as football, tennis, extreme sports, gymnastics and marathons but the... 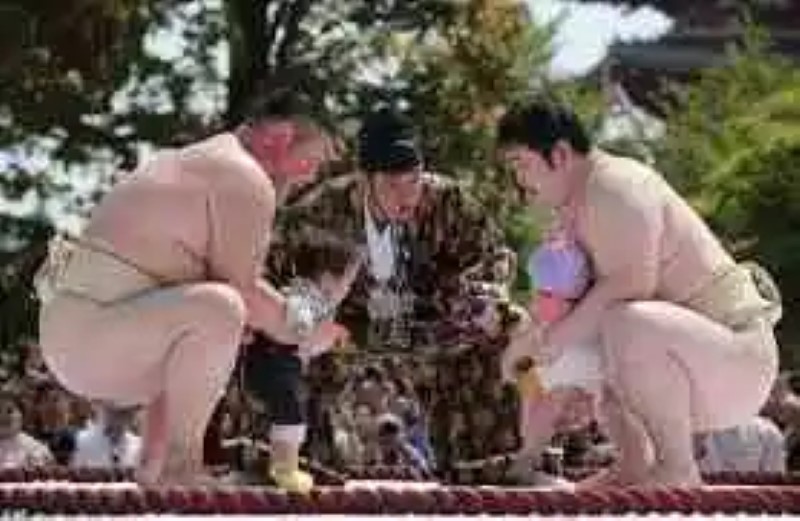 Normally, there are the power skills on the hands, which are commonly known as “hand pressing”, where the strongest knocks down the opponent’s hand by putting it on the table.

► 5 things that shouldn´t be heated in the microwave oven The microwave oven, beyond the negative cons...
► NASA admits the existence of UFOs The UFO phenomenon (UFO for English speakers...
► Surprising uses of aluminum foil Commonly known as foil, although in other re...

In the United Kingdom, however, there is a different and very curious form of this competition and it consists of a very similar struggle, but with the feet; and instead of interspersing the hands, they cross the big toe and the one that has the strength, knock down the opponent’s foot on a small barrier placed on the sides.

In England, more precisely in Gloucestershire, in spring times, a very unique and famous competition is held, called the ‘rolling cheese race’, in which those who participate have to climb to the tip of a mountain, where some judges throw a piece of cheese and competitors must catch up at the same time as they descend from the mountain at impressive speed and on many occasions, rolling.  The winner takes the piece of cheese released as the grand prize.

For no one is a secret that completing a marathon is quite a feat because it requires a whole physical and mental preparation quite hard but this contest is quite an odyssey: in Australia it is held annually, a 1000-meter race in heels with a considerable height and of a very thin thickness, which represents an unbearable pain in the feet.

In the Japanese country a competition is held as too cruel, whose age is more than four centuries. It deals with two sumo fighters, along with two babies, one for each participant. The idea is that every fighter must wince, maromas of all kinds, grotesque sounds and acts in order to scare him. The winner is the one who manages to make one of the babies cry first.

Cockroaches are besieged and idolated despite having the reputation of beingthe most detestable animals on the planet since in Australia the famous cockroach race is held in which each competitor buys a cockroach and puts it on the race track and wins the first that first or get to the edge of the container.

Los parques naturales más hermosos del mundo
El planeta Tierra nos brinda escenarios naturales impresionantes, con imp...
Definition of presumptive diagnosis
The presumptive diagnosis is an almost immediate hypothesis that is releas...
How to get Tinder likes for free
Meeting people today is no longer a matter of having a great personality o...
Five of Wands Tarot Card Meaning
Symbology With the name of Cinco de Wands is known this card that occupi...
Bibliography ►
Phoneia.com (August 14, 2019). The world’s strangest competitions. Recovered from https://phoneia.com/en/curiosities/the-worlds-strangest-competitions/

This article was published by Phoneia, originally published in and titled "The world’s strangest competitions", along with 18987 other articles. It is an honor for me to have you visit me and read my other writings.
◄ Brain Curiosities
The world’s most murderous grandmother ►