It is already on sale in PC, in consoles reaches the 29 of September.

NIS America has shown the launch trailer of Danganronpa V3: Killing Harmony, already available in the united States -and PC in all over the world. The versions of PS4 and PS Vita are launched on the 29th of September in Europe.

The video focuses in particular on the phases of trials, where the group focuses on proving or refuting one of the members has executed a murder. The player must assess all the clues and testimonies to find the real culprit, with reasoning and mini-games. 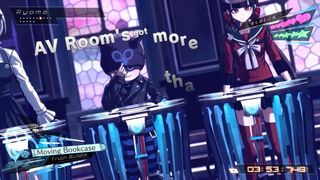 As in previous installments, start a deadly game in which 16 students will be locked and your only exit will be killing a classmate without being discovered.

The building this time it is the Super High School Level Students and their nearby facilities. there Will be time to talk with peers, investigate, and participate in the trials.