David Lynch already has an Oscar: the director of ‘Twin Peaks’ will receive the honorary award from the Academy along with Lina Wertmüller, Geena Davis, and Wes Studi 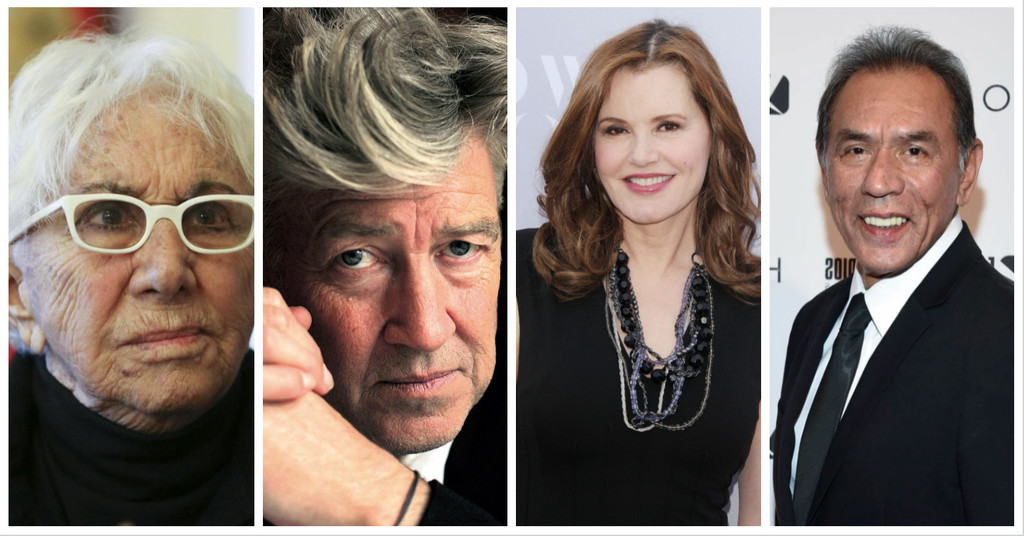 The directors, David Lynch, and Lina Wertmüller and the actors Geena Davis and Wes Studi have been named winners of the awards honorary of the Academy of motion picture Arts and Sciences, to be delivered in the coming month of October.

The four awards reflect the current pulse of the Academy by a international recognition and diverse. Wertmüller happens to Agnes Varda, Hayao Miyazaki and Jean-Luc Godard as directors non-american to win the prize. Studi was honored as an actor native american and the Award Hersholt Davis has been awarded for her defense of gender equality.

"Hollywood is creating a monster of insatiable appetite with the blockbusters. At some point, they will explode". John Bailey, president of the Academy of Hollywood

“These awards recognize the people who have dedicated themselves to a life of artistic achievement contributions are crucial to our industry, and beyond,” acknowledges the President of the Academy, John Bailey. “It is with great pleasure we announce the recipients of this year”.

Davis, that already won an Oscar for his performance in ‘The accidental tourist’, has been a passionate advocate of gender equality in the media. She is founder and president of the Institute Geena Davis on Gender in the Media, a nonprofit organization dedicated to educate and influence content creators from film and television to eliminate prejudices and gender stereotypes, and create a wide variety of female characters and products aimed at children.

Studi is a veteran actor cherokee-american who has appeared in over 30 films, being best known for playing strong characters native american with great relevance and authenticity.

Born and raised in Nofire Hollow, Oklahoma, Studi is involved deeply with the politics and the activism of native americans after military service in Vietnam. He began his career as an actor at the American Indian Theatre Company and will always be remembered for his memorable performance in ‘dances with wolves‘. He has also co-starred in such films as ‘the last of The mohicans’, ‘Geronimo, a legend‘, ‘Heat’ or ‘Avatar‘.

David Lynch needs no introduction. Born in Missoula, Montana, in 1946,  is a filmmaker, musician and artist without equal, able to gather the masses for a series of mystery or make them flee despavoridas with any of their audiovisual experiments. Wrote, produced and directed his first feature film, ‘Head borradora‘, in 1977, a work that continues to hold a great cult.

His success gave him the opportunity to direct ‘The elephant man‘ (produced by Mel Brooks), received eight Oscar nominations, including the address and the adapted screenplay. His prolific career has included two nominations more to the address for ‘blue Velvet’ and ‘Mulholland Drive’. Your future is an unknown, and the same goes with a short film it embarks on a new season of the ‘Twin Peaks‘. Whatever it is, that it is put as soon as possible. Congratulations to the award winners.

Dies John Singleton, producer of 'The boys of the neighborhood', first black editor to be nominated for the Oscar

–
The news David Lynch already has an Oscar: the director of ‘Twin Peaks’ will receive the honorary award from the Academy along with Lina Wertmüller, Geena Davis and Wes Studi was originally published in Espinof by Kiko Vega .

David Lynch already has an Oscar: the director of ‘Twin Peaks’ will receive the honorary award from the Academy along with Lina Wertmüller, Geena Davis, and Wes Studi
Source: english
June 3, 2019