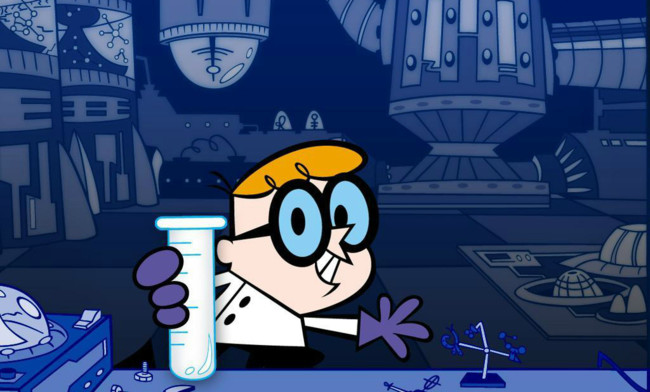 During the 90s, Cartoon Network hosted a few entertainers who proved cosas new in drawings for children, whether in their style of animation or in its themes and characters. Thus was working the current reputation enjoyed by the chain, and it all began with a series of child scientist with a secret lab in the basement , and is always trying her sister not between on it.

That series was ‘ Dexter’s Laboratory ‘ first original title and first job Cartoon Network also Genndy Tartakovsky, animator of Russian origin who is now better known for success in cinema ‘Hotel Transylvania’ and its sequel , but that was for a time one of the most prestigious names in television cartoons. <-! more ->

‘ Dexter’s Laboratory ‘, as we say, he was starring Dexter, a 9 year old is a real genius and in his secret lab, invents the wildest and strangest things imaginable . Or try to invent, because although Dexter is an impressive and meticulous scientist, also tends to get too excited before a new discovery and do something without thinking that prevents successful completion of your experiment.

Dexter has an older sister, Dee Dee, which loves the ballet and, despite Dexter security systems installed to protect your laboratory, always get into it and ends up breaking something. The relationship is the center of the series . Dexter always looks condescendingly at his sister; you think there is not too smart and only cares about silly things like unicorns, but Dee Dee sometimes gives good advice and help if he always gets into trouble.

Dexter, also it has a rival, Mandark . It’s another boy at his school, also with a superlative intelligence and a secret laboratory at home for their inventions, but these tend always to seek to harm and, above all, annoy Dexter. ‘Dexter’s Laboratory’ revolved around the rivalry and the effects sometimes unwanted, they had Dexter experiments, or their attempts to complete. And it stood out not only for the originality of its theme, but for its style of animation.

Who is Genndy Tartakovsky? 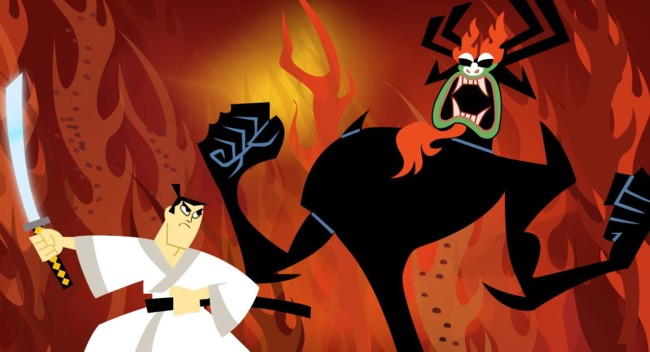 Tartakovsky was a cheerleader almost fresh out of CalArts, or the California Institute of Arts (where have also come creators ‘Adventure Time’ and ‘currents Stories’, for example, and many Pixar animators), when he began working for Hanna-Barbera. had emigrated from Moscow to Chicago with his family when I was seven, and his reading of comics not only helped him with English, but end up influencing much of his work.

While still at CalArts made a short film that would be the germ of ‘Dexter’s Laboratory’ and presented to the sample What a Cartoon! Hanna-Barbera. From there he jumped in 1995 to Cartoon Network, which until then was devoted to repeating old series from Hanna-Barbera own and Warner animation division, which always had a very distinctive style, more aggressive and eccentric than Disney , especially if Tex Avery was involved.

Tartakovsky was responsible for ‘Star Wars: The Clone Wars’, the first animated series on the history

Tartakovsky made two pilots before the chain decided to turn his idea into a series of half-hour, which held four seasons on the air and, moreover, Dexter’s adventures in the first deliveries included two other segments: ‘ Dial M for monkey ‘, about a superhero monkey, and then ‘ The Justice Friends ‘, on various superheroes who shared a house. The success of the series led to the opportunity to create Tartakovsky later ‘ Samurai Jack ‘, about a samurai fighting a demon that sends it to the future, and was also responsible for the first series of’ Clone Wars ‘, two Emmy was best program encouraged in 2004 and 2005.

The legacy of Dexter 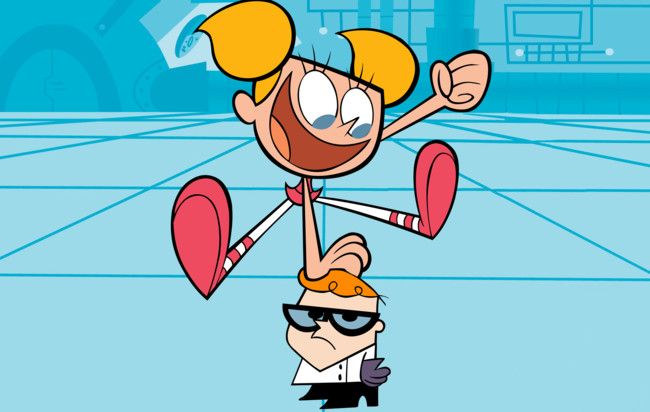 The success of ‘ Dexter’s Laboratory ‘was the beginning of Cartoon Network’s commitment to produce their own series, but had a somewhat checkered issue. Tartakovsky was involved in his first two seasons and “Dexter’s Laboratory Ego Trip”, a TV-movie that was the end of the series. However, in 2001, the chain decided to revive it for two more seasons in which its creator was not involved. They were also responsible for some of his earlier, as Seth McFarlane, who had already created ‘Family Guy’ for FOX.

The series marked a turning point in interesting children’s animation to search a more cinematic style , giving importance to the depth of field and the environment around the characters, which helped in the action sequences and jokes. It cemented the status of Tartakovsky as one of the most interesting animators United States, and was the most important series in that “invasion” of drawing a little different that starred Cartoon Network 90. ​​

In Spain ., TVE issued within its container weekend ‘Time Warner’