Dies Pablo Ferro, the designer of iconic titles of credit 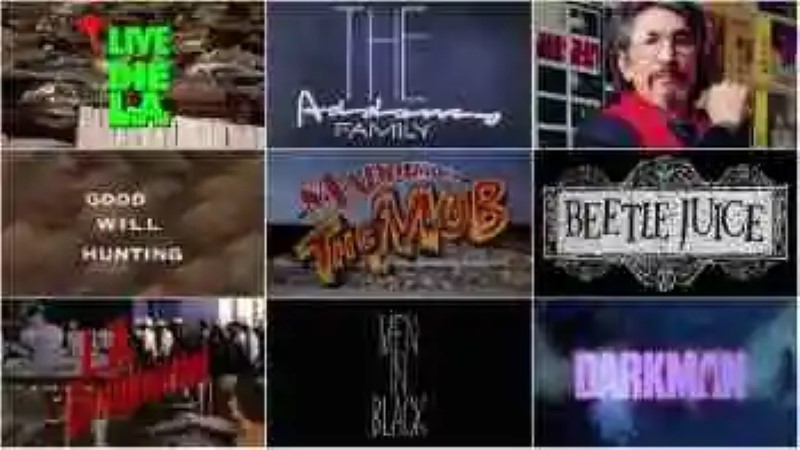 Dies Pablo Ferro, the designer of iconic titles of credit
While still resonates the death of Stan Lee, today we are in the obligation to inform of the sad death at 83 ye...

While still resonates the death of Stan Lee, today we are in the obligation to inform of the sad death at 83 years of age Pablo Ferro: the famed graphic designer and animator creator of the credit titles of some of the films most remembered of the last five decades; whom, precisely, collaborated with the legendary editor-in-chief of Marvel, illustrating a series of comic science fiction in the early days of his career.

Ferro, a native of Cuba and a self-taught, he began his career in the mid-fifties in the city of New York, where she established a relationship of friendship and professional with the Disney animator Bill Tytla —head of ‘snow White and the seven dwarfs’ or ‘Pinocchio’ among other great classics—, who was to become his mentor before they opened, Pablo Ferro Films.

► The Google Translator is integrated in the view of Recent Android Q In Android Q the view Recent not only wil...
► ‘Avengers: Endgame’: a leak of footage, mine, Twitter, and Reddit for spoilers of the movie Ladies and gentlemen, if you do not what ...
► How to build your own widgets Widgets Zooper Many of you are a fans of customizing y...

In the film medium, Ferro cherished close to a hundred credits in the course of his fifty-year career as a designer of titles and responsible for the graphical effects, made its debut in 1964 of the hand of the very Stanley Kubrick ‘what red Phone? We flew to Moscow’; author with whom he would repeat in ‘The clockwork orange’ creating your trailer animated.

Among the great and varied productions in which he worked are as emblematic works such as ‘Bullit’, ‘Darkman’, ‘Philadelphia’, ‘L. A. Confindential’, ‘The indomitable Will hunting’, ‘to Live and die in Los Angeles’ or ‘The Addams family’. Only a small sample of the work of a unique artist who, despite not monopolize headlines and spotlights, has left an indelible mark on the seventh art.

The tunes of the series will disappear from the Emmy

Patterns in the titles of the episodes

–
The news Dies Pablo Ferro, the designer of iconic titles of credit was originally published in Espinof by Victor Lopez G..

You can now download Google Now Android 6.0 Marshmallow Launcher on your mobile [APK]
It has taken little community of developers scrapping la new developer...
Paladins: Champions of the Realm starts its open beta on PC
We will give away 1.000 keys for the champion Evie and a skin of Black Ice...
Motorola One Power: filtered new images and specifications of the Android One Motorola
a few days Ago appeared on the scene Motorola One Power, which will be th...
The difficulty of Uncharted: Legacy Lost will be variable
Depends on the relationship between the two protagonists.Chloe Frazer (Unc...
Bibliography ►
Phoneia.com (November 19, 2018). Dies Pablo Ferro, the designer of iconic titles of credit. Recovered from https://phoneia.com/en/dies-pablo-ferro-the-designer-of-iconic-titles-of-credit/

This article was published by Phoneia, originally published in English and titled "Dies Pablo Ferro, the designer of iconic titles of credit", along with 18990 other articles. It is an honor for me to have you visit me and read my other writings.
◄ All Chromecast now support audio multi-room, you can add them to a group of speakers with Google Home
Made a remake of nostalgia from the intro of Super Smash Bros. ►