Disappointments of MWC14: Have we laughed manufacturers with their latest releases? The fact that finally the Samsung Galaxy S5 MWC14 presented in Barcelona had a polycarbonate body , and nonmetallic as pointed rumors has raised a great dust . Besides the few innovations of the new battle standard Korean manufacturer have disappointed many.

But Samsung has not only disappointed in this aspect. Sony has introduced the Sony Xperia Z2, a terminal, at first glance, is almost equal to its predecessor. The big question is: Do we tease manufacturers launching new phones with minimum? My opinion is yes and no.

Manufacturers are required each year to new smartphones 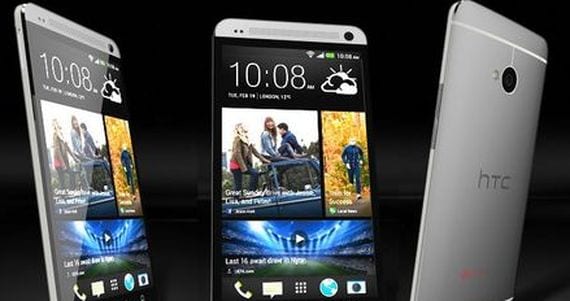 One of the biggest problems of this industry are the leaks and rumors , if the Samsung Galaxy S5 have a metal body, the filtered images nuevo HTC One 2 that were finally one fake , if the Xperia Z2 would clean your house and cook for you …

While this type of news tend to benefit, and much, companies where the results are much lower than the expected users we feel cheated, and this is what has come to pass the MWC14 with both Sony and Samsung.

Another thing to take into mind is that the leading manufacturers of sector have spoiled us very . HTC launches the HTC One, with a metal body and BoomSound speakers, Sony has a high-end mobile dustproof and water or Samsung with the complete redesign of Samsung Galaxy S3 and its amazing AMOLED screen. I put these three manufacturers, but there are many more, because both HTC, Sony and Samsung have copied the design of its latest models. The Sony Xperia Z1 was very similar the Z and the new Z2 is equal to the previous models. Samsung both repeated design on Samsung Galaxy S4 and S5, and although they have not yet filed, already filtered (blissful leaks) the first images of HTC One 2, very similar to the current model.

When asked about the design of their respective terminals Samsung and Sony at MWC 2014 the answer was the same: want to keep the current line in design , differentiating from competition and perpetuating a style own

Now imagine these manufacturers launch these new phones for 200 euros. The thing would change, right?. Most likely many customers would buy the latest model. I say this because the 200 euros, although in Spain the professional minimum wage is a joke, in most European countries does not lower the USD and 1500, although it remains a high financial outlay, you can sell your old mobile comprate this new equivalent.

What manufacturers take advantage of the legion of fans to get for mass market smartphones, as does Samsung, and to introduce new handsets high end with very few changes over its predecessors? That is an obvious fact, but nobody forces you to buy their handsets. . If you want to go to the last or do you think it’s worth the change, there you My personal opinion is that, firstly manufacturers have gotten a piece of the pie in the market really succulent and know they have to keep throwing new to have happy customers. The problem comes when not know how to innovate.

I’m pretty sure that next over an industry giant year will give great bell throwing something really attractive. This year we have not seen any terminal Flexible screen Samsung , when the Korean manufacturer has developed technology. If they launch a smartphone with these features is more than likely able to recover many of those users who have been disappointed with the Samsung Galaxy S5. Meanwhile there will be another large number of customers without doubt that will change your Galaxy S4 the new model just by going to the last. Curiosities of human beings

Article Las MWC14 disappointments: Are we laughed manufacturers with their latest releases was originally published on Androidsis .

Disappointments of MWC14: Have we laughed manufacturers with their latest releases?
Source: english
March 2, 2014