Disney out in defense of ‘Star Wars: The last jedi’ to the outrage of many fans 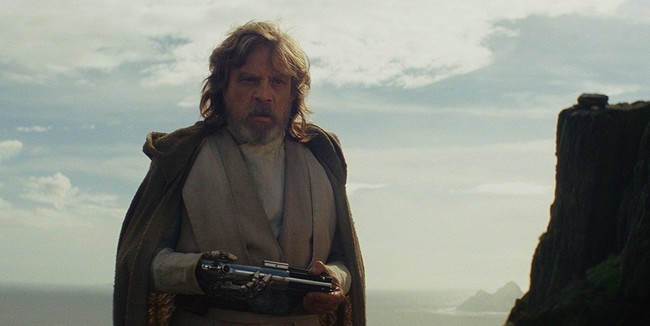 ‘Star Wars: The last jedi’ sweeping at the box office (although without great records and without conquer the # 1 all countries; all may not be), however, the great news that is circulating on the Internet about the Episode VIII is that is causing a sharp division of opinions, especially among the fans.

While the criticism appears to be pretty happy with the movie (86/100 in Metacritic, 93% in RottenTomatoes) the followers of the franchise is faced with valuations very different from the work of Rian Johnson. Right now is the delivery with the lowest score of the series on Rotten Tomatoes (yes, below ‘The phantom menace’) and has even emerged a request to remove it from the official canon. What do you think of Disney? the I love what’s happening.

So it is, so much controversy, is waking up the Episode VIII, there are so many fans outraged with the twists of the script, which the studio has decided to make a few statements to defend the film. Has been Dave Hollis, president of the branch of film distribution for Disney, who has been referred to the division of opinions with these words:

“Rian Johnson, the cast, and the team of Lucasfilm has delivered an experience that is entirely ‘Star Wars’ and at the same time, fresh, unexpected, and new. This makes it a film of ‘Star Wars’ as the public had never seen before: it is causing people to talk, to solve its mysteries, there is much to digest, and we see it as something positive, which should help recommend the movie and will see repeatedly, as we enter into the lucrative period of the holiday.”

Exactly, Disney believes in that old saying “speak of it, even if it is wrong,” and that all the negative reviews that you are doing to ‘The last jedi’ you are going to contribute to continue being during the holiday season, with premieres such as ‘The great showman’ (‘The Great Showman’) or ‘Giving the note 3’ (‘Pitch Perfect 3’) trying to eat a significant portion of the box office. It is always positive for a movie to wake up this type of reactions, surprised and do not leave indifferent, although it seems that many fans are not agree.

which is funny, because it lashed out at J. J. Abrams for being too faithful to the previous films, up to the point of accuse him of doing a remake, and now it is attacking to Rian Johnson for doing exactly the opposite, to free the saga of all the old and direct it into paths unexplored. Maybe the problem is you can’t please everyone, especially when it comes to a franchise with so many followers… What do you think?

Crock-Pot, the biggest revolution in cooking in years

First reactions of 'Star Wars: The last Jedi': the best delivery of the saga

–
The news Disney out in defense of ‘Star Wars: The last jedi’ to the outrage of many fans of was originally published in Espinof by Juan Luis Caviaro .