It is prepared for commercial release.
Klei Entertainment through a post directed to the community on Steam , announced that do not starve Together , version multiplayer do not starve , you have already left the program early access href=”https://steamcommunity.com/app/322330″ Steam .
the game will leave early access next April 21 , which according to its creators, has been the biggest trial period of a game developed in the study. Although since K Entertainment lei are more than satisfied with the final commercial version of do not starve Together, they ensure that work to add more features , as more areas, more background and a longed PvP mode.
do not starve Together it is a expansion of the famous multiplayer survival game , do not starve . It offers various contents, characters, seasons, creatures and challenges to the original game, enhancing collaboration between players. It is available in PC, the final version will arrive on April 21, and soon, he landed on consoles like PlayStation 4.
Video 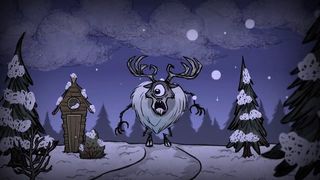 phoneia.com (April 8, 2016). Do not starve Together exit the program early access Steam on April 21. Bogotá: E-Cultura Group. Recovered from https://phoneia.com/en/do-not-starve-together-exit-the-program-early-access-steam-on-april-21/