Does your phone have AMOLED display? Saves battery life by turning off pixels with this app 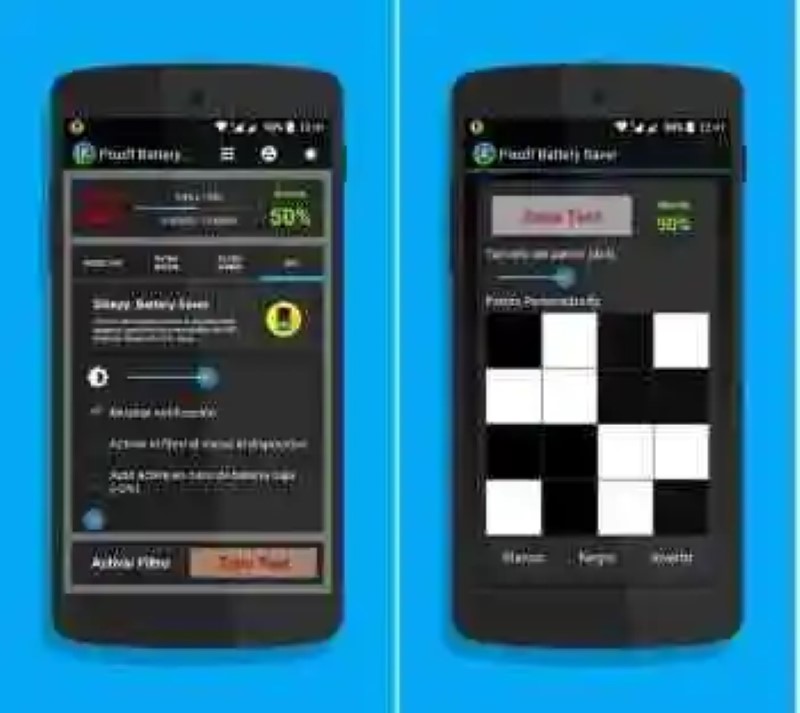 Does your phone have AMOLED display? Saves battery life by turning off pixels with this app
for a time AMOLED screens are gaining prominence, although without reaching out even to the point of unseating the ...

for a time AMOLED screens are gaining prominence, although without reaching out even to the point of unseating the LCD technology, allowing you to choose the desired screen without having to search too much. The AMOLED screens have gained prominence especially in terminals that want to make use of ‘Always On’, or whatever you like to call them every manufacturer.

The biggest advantage of this display technology is that, when it should display black, the pixels that should do so is left off, thus saving a bit of battery. But what and it may go beyond? Pixoff is an application that aims to save even more battery on AMOLED screens of the saving in and of itself.

► So playing with Conan Exiles Funcom shows his gameplay in a show of almos...
► How to Pass Microsoft 70-742 Exam and Become MCSA: Windows Server 2016 Certified? The introduction of the Windows Server...
► Uber has plans of great height The population grows in the cities, and expe...

Pixoff you off even more pixels to save more battery 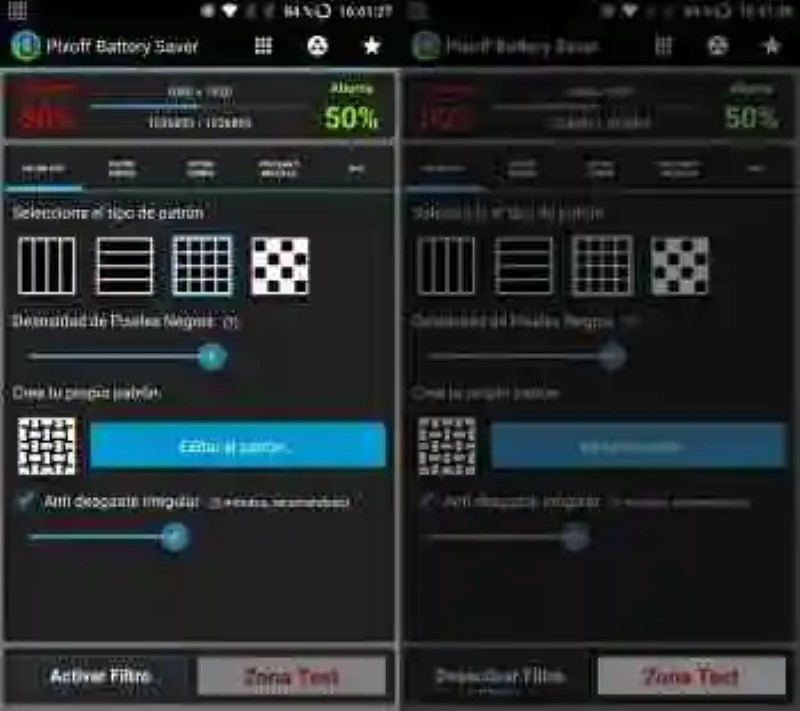 what a Coincidence, I have a OnePlus 3, a terminal that uses screen technology AMOLED, so I decided to try this app to see if it is as promising as they want to do to see or is something like a fraud looking to make download the who are desperate for your mobile stamina a bit more power.

The interface of the application is quite intuitive, you can deduct all of your functions first glance, although in the Spanish translation there are still some other error. There are four default filters from which to choose and, right below, there is a line that allows you to modify the density of pixels that are turned off. The maximum for the free version is 7, that saves (according to the app) a 50% of battery.

you Can create your own pattern, but in order to use it you need to be a premium user. At the bottom you have the button to activate and deactivate the filter to see the effects of the same. It is worth mentioning that, by default, will appear in the notification bar the icon in order to activate the filter by default, but if you want, you can remove it in the settings of the app.

A couple of functions that can be useful 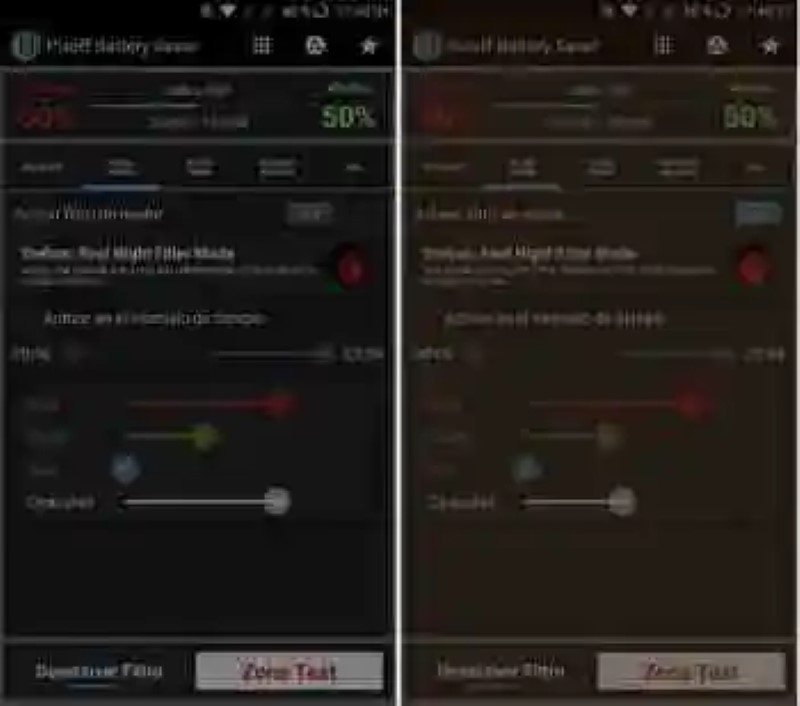 Although it is its main mission, Pixoff is not limited only to turn off the pixels when the user activates the filter. Also have a filter of night that can eliminate the blue light. You can configure how to show the colors, as well as the opacity of the same and the time interval in which you want it activated automatically, while the latter asks you to be a premium user.

Perhaps this night mode is the least used, because many terminals, in one form or another, already have included, perhaps with another name, but they usually have it. Another function that can be useful if your terminal does not have is the pocket mode, cover the proximity sensor, the screen shuts down.

The application alerts you that this does not modify the sleep time you have configured (in fact, if you put your finger on the sensor, the display turns off and, when you remove it, it lights up on the same site) or closes the applications you have in the background. Many phones, in their own way, already have this function, but not to be so, it may be an interesting alternative.

is it worth the application? 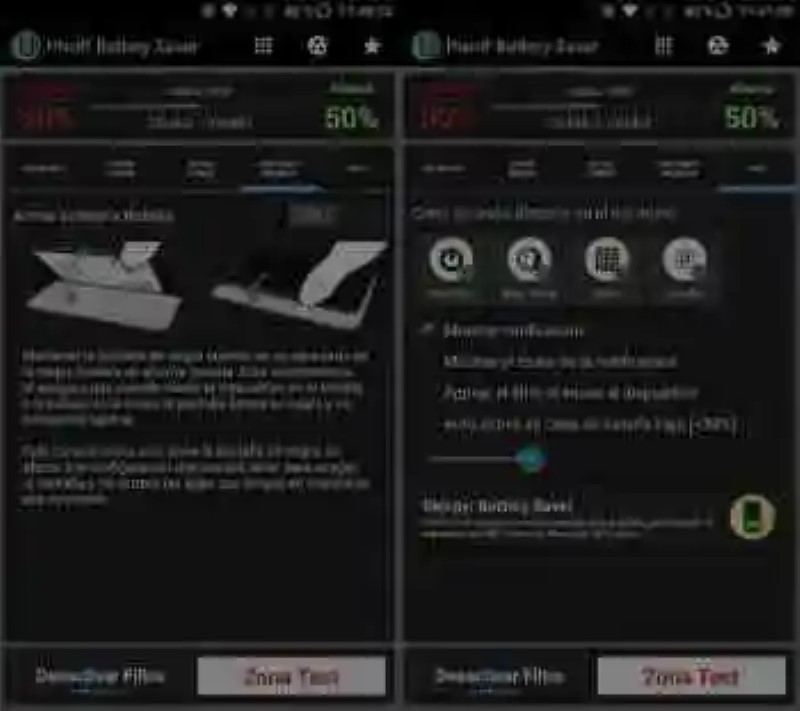 it Is clear that the apply the filter effects level visual note. Perhaps the most noticeable is that it seems that it lowers the brightness, while in reality it is due to the pixels that are turned off. The effect on the battery will depend on each user, how long the screen is on and how long you use the filter in pixels.

The good thing about this application is that it can work as a way to take additional energy-saving thanks to that you can program it to turn on automatically if the low battery percentage that you set up (if you’re a premium user).

This application also works with IPS screens, but the effect, due to technology, it is different.

The download of the app is free, although you can make donations ranging from 1,19€ to 8,99€, or you can opt for a patronage which would be 0.99€ per year. The app has generally good reviews, which gives an extra point of confidence. Do you dare to try Pixoff and check to see if your battery lasts longer? 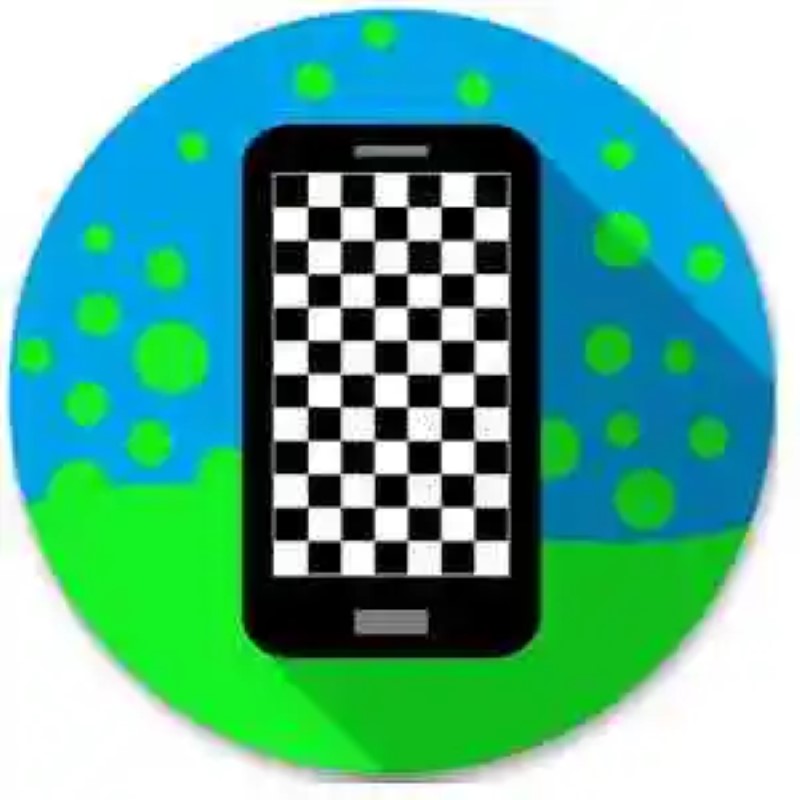 In Xataka Android | sRGB color Space, what is it that we look to users?

–
The news does Your phone have AMOLED display? Saves battery life by turning off pixels with this app was originally published in Xataka Android by Santiago Luque.

Galaxy Note 5 Also in the fashion color: Rose Gold
At current Galaxy Note 5 Pearl White, Black Sapphire, Titanium Gold ...
Program your drone movements with the help of this app
BB-8, Sphero, Ariborne, Parrot, Philips HUE and Arduino are some of t...
Xbox Scarlett: Discusses the rumors of its two models, Anaconda and Lockhart
Anaconda would reach 12 TF, while Lockhart would offer the same advantages...
Samsung Galaxy J7 2017, J5 2017 and J3 2017, comparative: thus it has evolved the basic range of Samsung
The renewal of the series Galaxy J Samsung it was an open secret, but it ...
Bibliography ►
Phoneia.com (January 10, 2017). Does your phone have AMOLED display? Saves battery life by turning off pixels with this app. Recovered from https://phoneia.com/en/does-your-phone-have-amoled-display-saves-battery-life-by-turning-off-pixels-with-this-app/

This article was published by Phoneia, originally published in English and titled "Does your phone have AMOLED display? Saves battery life by turning off pixels with this app", along with 18986 other articles. It is an honor for me to have you visit me and read my other writings.
◄ Musou Stars presents Zhao Yun, Yukimura Sanada and Tamaki in action
Is there tongo in ‘Now down!’ for not delivering your big prize? ►