Downloads aren’t everything: Pokémon Go is back in the top grossing 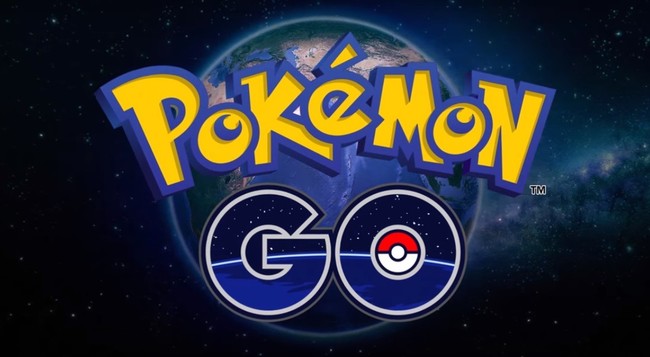 If someone had the patience needed to get to count the amount of games available on Google Play, probably held the diamond jubilee before the end, and that with that there appear new titles for Android. Today there are for all tastes and ages, provided you do not mind using the touch screen or adjust a knob.

despite the huge amount of games that there are in our favorite operating system, only a few are able to achieve success in both downloads and revenues. Pokemon Go is one of the games that have reached that success, but, although it has become the most downloaded game of last year, is not the that more revenue has been generated.

A detail that confirms that mobile games are on the rise is the amount of income generated during the fourth quarter of last year, according to the firm Sensor Tower, which would later become the sum of 7,500 million dollars, quite a bit more than the same quarter of the previous year, which amounted to a total of 4,400 million dollars.

Pokemon Go as a leader in downloads of 2016… 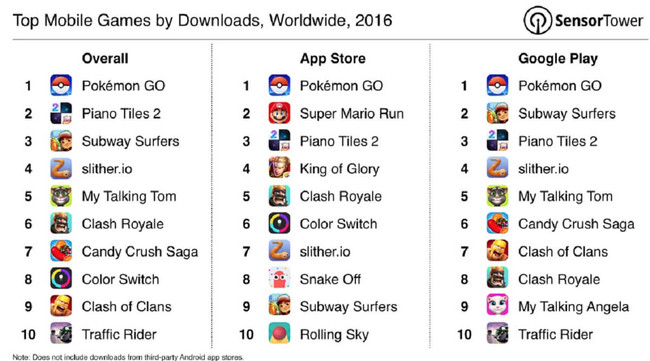 The competition between the games on Android is fierce, fighting all the developers for getting the largest possible amount of downloads. Games so veterans like Candy Crush Saga are still in the top 10, but has been surpassed by other titles such as the addictive Slither.io, Piano Tiles 2, or My Talking Tom.

But the game that remains with the leadership in downloads is one much more recent, Pokemon Go, which was a ‘boom’ brutal as soon as it arrived to Google Play. Has surpassed to such popular games like Clash of Clans or Clash Royale in addition to the above mentioned. The second post is what is an ‘endless runner’, Subway Surfers.

In the box under the podium is the music play Piano Tiles 2, while Traffic Rider, the game in which you must dodge with your bike to other vehicles, closes the ranking of the 10 games most downloaded on Android last year.

In terms of the overall data (left in the screenshot), Pokemon Go maintains its leadership thanks to that on iOS also occupies the first position above the Super Mario Run. However, the rest of the ranking is somewhat modified, climbing to the second post Piano Tiles 2, but we see that both operating systems have some points in common.

… but not on income 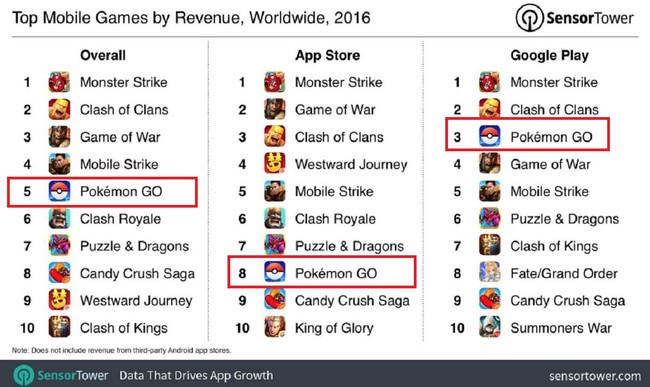 The amount of downloads, while helpful, is not what will ensure the greatest amount of revenue. Pokemon Go, despite the fact that it is the most downloaded game of last year, has to make do with a fairly honourable third place, overcome by Clash of Clans in second place and, as a leader, Monster Strike that, the trivia of life, is not in the ranking of more games downloaded.

behind this trio of games we see only Candy Crush Saga as the title, which is also found in the ‘top 10’ downloads, although we see some very well-known as Clash Royale or Mobile Strike who also have some income quite generous. The list, in this occasion, the closed Summoners War.

In terms of the overall data (again to the left in the screenshot), Monster Strike governs the classification with a hand of iron, with Pokemon Go, relegated to the fifth puestom being below Mobile Strike, Game of War and Clash of Clans, in addition to the above-mentioned Monster Strike.

in the list of downloads as in that of income, we see exclusively (or almost) games that can be played on any mobile phone without problems and, in addition, tend not to make you spend too much time glued to the mobile. Perhaps this will serve for the developers of future titles, but without forgetting those of the large requirement of resources to take advantage of the power of smartphones and tablets to high-end.

Via | VenturebeatIn Xataka Android | The best Android games of 2016

–
The news The downloads are not everything: Pokémon Go is back in the top apps by revenue was originally published in Xataka Android by Santiago Luque .