A gigantic planet will crash with Earth

Right now, the whole of humanity ignores the current and real situation facing the planet 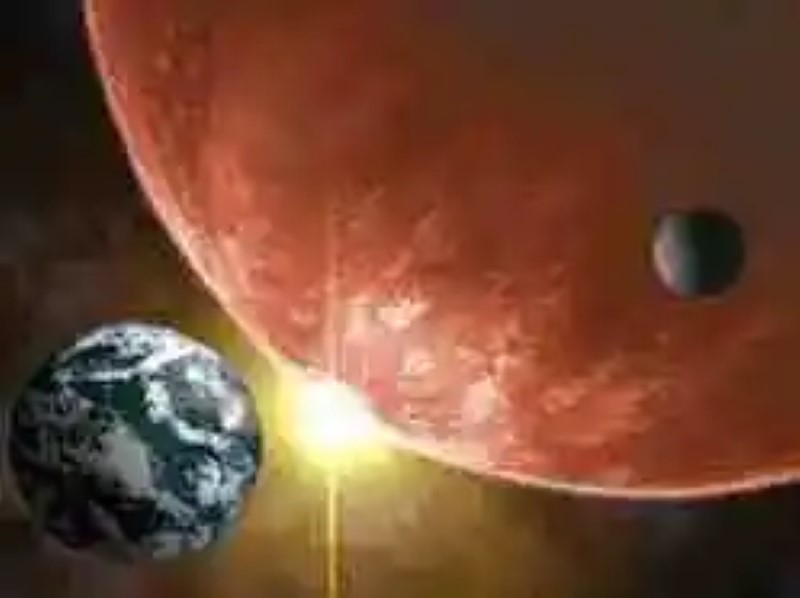 The governments, Nasa and all the powers that govern and inform us, have hidden from us that a planet from a neighboring solar system, in its rotation cycle passes from time to time very close to Earth and is the cause of the catastrophes that are occurring and those that are Come.

Earthquakes of incredible magnitudes, volcanoes everywhere, devastating tunamis, never-before-seen floods, among other events that no one suspects, constitute a present and a very near future, announced by all civilizations of centuries ago, like the Egyptians, Maya, Aztecs, Nostradamus, the Apocryphal Gospels, and even the Very Revelation of the Bible.

As that planet, called Hercolubus, advances, the Axes run faster and faster, until the poles are reversed. This is more than chaotic, for with only 17 centimetres running on the last occasion, Japan was devastated. The same thing happened millennia ago with Atlantis, but they also hid it from us.

Unfortunately, such hidden powers that control the entire social system, took care of sleeping us more consciousness and made us their slaves. This is the cause of ignorance that characterizes the present human race; they invented thousands of mechanisms to achieve their end, designed to rot and not let our brains use: money, sodas, spirits of all kinds, drugs, entertainment, television, show, internet, pornography, music with subliminal messages, sports, all religions, educational system, technology, etc.

Today’s human being, for many university studies, books he reads, and theories he consumes, uses a miserable 2% of brain power. This prevents him from seeing where in the Universe he is, what a planet is, a galaxy, a solar system, the why of his existence, what life is, what is death, what is beyond death, the cataclysm that is at the gates.

Actually, we ignore everything, so Socrates said, “I only know that I know nothing.”

Master Samael Aun Weor delivered the unique techniques to achieve the Awakening of Consciousness and the potentialities of the brain by 100%. It is not about theories or beliefs, but a series of detailed practices, (at no cost), to discover for itself whether this that is claimed to be true or false.

Such special techniques were practiced by all those civilizations that once inhabited America and the world, before the Spanish conquest. The false history we have been taught made us see these ancestors as ignorant Indigenous men, but the stark truth is that they were wise and powerful people, never comparable to today’s degenerate and perverse civilization.

Conscious Astral Unfolding, Meditation, Concentration, Relaxation, Mantralization, Sexual Energy Transmutation, Sublimation, Elimination of Psychological Defects, among others, are the only practices for Awakening Consciousness, which is the same as knowing the mysteries of life and death, the entire universe and much more by itself, not by fanatical beliefs or theories invented by others.

Only in this way will you know for sure and accurately, whether a planet much larger than Jupiter is approaching at high speed and nearing the end of this race, with all its society and dirt, of which there will be no stone on stone. Events are already being observed more frequently and more large and the news can no longer hide it.

Whoever disciplines these teachings, also delivered by various teachers from different eras and cultures, such as Jesus, Buddha, Muhammad, among others, can be saved from what is to come. Otherwise, no time you believe in something, you will perish with Raimundo and everyone by fire and earthquakes. Either way, you’ll see it with your own eyes, but the idea is to check it before it happens and be able to save yourself.