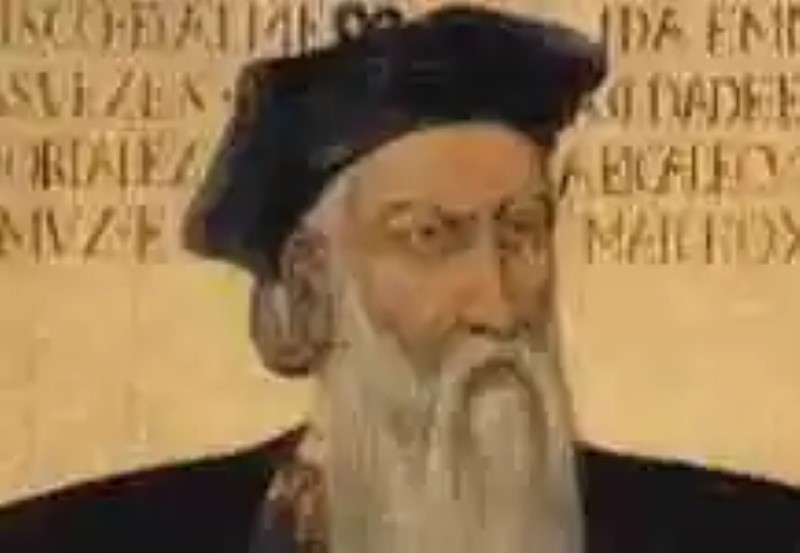 Admiral, military leader and Conqueror of Portuguese origin, historically recognized for his incursions into territories of the Indian Ocean, which contributed to the formation of the Portuguese Empire.

► Commutative property in fraction multiplication Perhaps the best thing, before entering into...
► Example of dialogue between two people In this sense, dialogue must be understood a...
► Application letter dismissal After we have worked out for some time, at t...

His reckless actions earned him several nicknames, becoming known as The Terrible, The Great, the Lion of the Seas and the Caesar of the East. He became Segundo Viceroy of Portuguese India, a position he also exercised in an exemplary manner, bringing to Portugal, great profits, as well as the consolidation of his power in the Portuguese colonial territories of the East.

Afonso de Albuquerque was born in 1453, in Alhandra, Portugal, being the second of four children of the marriage between The Lord of Vila Verde de los Francos, Gonsalo de Albuquerque and his wife Leonor de Meneses, daughter of the Count of Autouguia, Don Alvaro Goncalves de Ataíde.

As his high-ranking father of the court of Afonso V and descendant of the royal family, Afonso de Albuquerque had the opportunity to educate himself along with other members of the nobility, including Prince Joao, who would later become king of Portugal.

From a young age he moved to North Africa, where he served the King for a full decade, gaining extensive military experience. From 1471 he accompanied Afonso V in the campaigns, aimed at conquering Tanger, Anafé and Arcila.

In 1476, he fought with Prince Joao in the wars waged against the Kingdom of Castile. Likewise, in 1480, he participated in the squadron that departed in rescue of Ferdinand II of Aragon, Sicily and Naples, in order to prevent the advance of the Turks on the Italian peninsula, which would conclude in 1481 with the triumph of the Christian side.

That same year, he was appointed by the now King Joao II, Chief of Cavalry. Eight years later he returned to Africa, where he assumed control of the defense of the Fortress of Chistosa. In 1490, he was part of the King’s guard.

In 1503, under the orders of the new King Manuel I of Portugal, who unlike the previous sovereign did not have it very much in grace, Albuquerque departed commanding a fleet of three ships and in the company of his cousin Francisco de Albuquerque, Nicolau Coelho and Duarte Pacheco, to its first expedition to India.

After several battles, which allowed them to secure the throne of the Rajah of Cochin, they managed to build the fortress of Cochin, thus raising the first European settlement on Indian soil, from which the expansion of the Portuguese empire to the East would be achieved.

He also entered into commercial relations with Coulcao. On his return to Portugal he was well received by his King Manuel I, who apparently, in the face of this admiral’s great triumphs, changed his mind.

Viceroy of the Indies

In 1509, he was sent again by King Manuel I to the East, this time in the company of Tirstao da Cunha, in order to replace Francisco de Almeida and assume the post of viceroy of the Indies. However, the Viceroy of Almeida refused to hand over power, locking Albuquerque for three months in the fortress of Cananaor, located in Malabar.

After his release, he assumed his post as the new Viceroy of the Indies, after which he undertook a campaign to conquer Calicut, which nevertheless failed to achieve his task. However, in 1510 he managed to take control of Goa, a city that also declared capital of the Portuguese Indies.

From then on, he successively achieved the conquest of Socotra, Kuryat, Sohar, Khor Fakkan, Kalhay, Oman, the city of Hormuz, located in the Persian Gulf, as well as Ceylon and Malacca, which opened his way to the various Malay islands, among which he managed to take the power over Sumatra and Java.

Likewise, in 1513 Afonso de Abuquerque became the first European to sail the Red Sea. In his foray he made alliances with the Abyssina negus, while the project to divert the Nile River to the red sea was drawn up, in order to break the competition that meant the Suez Canal.

The following year, he abandoned military incursions and engaged in diplomacy, one of his first actions being the signing of peace with Calicut. Likewise, it is dedicated to enrich the capital of the Goa Indies, where it begins to promote marriages of Portuguese with Indians, in order to create a mixed race in the Portuguese colony.

However, in Portugal, his enemies were always working to raise slander against this admiral, finally succeeding around 1515 to convince King Manuel I of Afonso de Albuquerque’s intentions to seek to declare independence from independence conquered territory in India, taking it from Portugal. To avoid this, the king decided to send Albuquerque’s main political enemy, Lopo Soares de Albergaria, in place.

Afonso de Albuquerque learned at sea on his return from Hormuz, when he crossed into the port of Goa, with a ship that brought the news. The disappointment was so strong that the news ended his life on December 16, 1515.

His body was buried in the church of Nossa Senhora da Serra in Goa, which he himself had commanded to erect in 1513.

Subsequently, in 1566, his remains were transferred, according to his Testament, to the convent of Nossa Senhora da Graca dos Religiosos Eremitas de Santo Agostinho da corte, which was destroyed in 1755 by the Lisbon earthquake, losing the original building.

He was survived by his son, Brass de Albuquerque, the illegitimate son, whom he recognized in 1500, and who wrote in 1557 the work Comentários do Grande Afonso de Albuquerque.

Multiplication of fractions
Perhaps it is best, prior to addressing the definition and other aspects o...
Power of a fraction product
Perhaps best of all, before moving forward with an explanation of the corr...
Confessions of St. Augustine summary
In the field of Universal Literature, it is known as The Confessions of St...
Irony Quotes
According to the Royal Academy of the Spanish Language, irony consists of ...
Bibliography ►
Phoneia.com (August 14, 2019). Afonso de Albuquerque Biography. Recovered from https://phoneia.com/en/education/afonso-de-albuquerque-biography/

This article was published by Phoneia, originally published in and titled "Afonso de Albuquerque Biography", along with 18987 other articles. It is an honor for me to have you visit me and read my other writings.
◄ Rafael Alberti Biography
Alfonso X the Wise Biography ►