After the Second World War ended, there was a tense calm in which there was no war explicitly, but the alerts were kept because a war could be unleashed at any time. This was known as the Cold War and was the protagonists of the United States and the Soviet Union.

Cold War essay
After the Second World War ended, there was a tense calm in which there was no war explicitly, but the alerts were k... 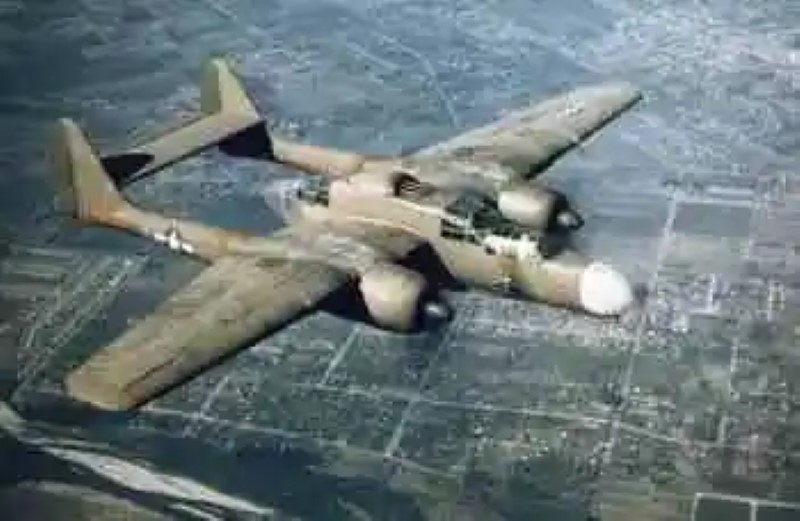 However, although it is commonly accepted that the Cold War began at the end of World War II, it is most likely to have its origins long before the First World War.

► Tolerance essay Tolerance is one of the most respected human...
► Uses of mixed fractions Perhaps best ly, before advancing an explana...
► Examples of slang Slang is simply and simply a specialized lan...

What is a Cold war?

In a general way, a Cold war is a state of permanent conflict where there is no direct military intervention, but the actions are taken at a strategic, political and economic level (especially espionage, sabotage and other indirect means). From this perspective it is easy to agree that there have historically been different ‘ cold wars ‘, but when we talk about this we usually refer to the conflict that followed the Second World War.

History of the Cold War

The poor social conditions of the people in most European nations, were among other factors, the breeding ground for Marxist ideas before the First World War. Especially in Russia, these conditions were particularly fertile due to the reigning family policy (the Romanovs), and to the impulse that Lenin gave them.

The fall of the Romanov dynasty advanced the Bolsheviks ‘ takeover of Power, (the most radical branch of the Russian Communist Party) as the Russian people were exhausted by the war in which the Romanovs had made them participate. In the years following the October Revolution,Russia was isolated and sustained a long civil war with the White Army, which is financed by other countries fearful of communism. In the years between wars the “capitalist” countries see some totalitarian regimes a brake on communism, which allows the emergence of Nazism and fascism.

The conditions so unfair and excessive imposed on Germany, caused the economic depression of 1919, because Germany could not pay the compensation which caused that many countries could not pay their loans with the United States and triggered in the fall of the Bag. Thanks to these circumstances, the totalitarian parties acquired power and in Germany, the Nazis achieved a miraculous economic recovery, expropriating the goods of those who opposed them and the Jews, and then initiating the Second World War.

Then, the communists were not seen as enemies, but as allies, until the war was over. Germany was divided between the winners of the war and both the United States and the Soviet Union, formed blocks of influence trying by this means to control the world Panorama. At this time the Cold War began, so named because neither of the two contenders was ever directly attacked.

The term was attributed to an American statesman and a journalist also from that country. However, there were armed conflicts financed by both sides in countries such as Korea, where the Americans first applied their “containment policy,” which basically consisted of preventing the Soviet Union from increasing the number of their allies. Other conflicts such as that of Korea, Nicaragua, Afghanistan and many other “tercermundistas” countries were used as a parapet of the policies that both sides led.

It was a war of attrition of the resources of both countries. Another major factor that prevented a direct confrontation was the development of nuclear weapons, creating an arms race from which we inherited between 5000 and 10000 warheads, only in the United States; Afraction of this arsenal would suffice to destroy the entire intelligent life of the planet, or all living things.

In the middle of the decade of the years 80, the economic attrition was very noticeable in the Soviet Union and causes the fall of the communist regime. Symbolically, Germany’s reunification is what marks the end of the Cold War. It is very significant the famous destruction of the “Berlin Wall” that had been built by the Russians to divide the western part (under the American influence) of the communist (eastern) part.

At present, the same conflicts have reignited, but the difference with that occasion of the TWENTIETH century, is that this time they have impressive atomic arsenals and with other weapons that do not even have been presented to the public, but that are of High technology, such as destructive lasers, electromagnetic pumps, exaggerated satellite warheads, among others.

In the same way, the trade war goes hand and on the date of the publication of this article, mid-2019, Russia decided to ally itself with China in a bloody trade war with the United States.

A third World contest is just around the corner, but in these moments and for years it is developing, but in different ways than the first two. According to some researchers, all this has been forged since centuries ago, by the Protocols of Zion.

Evolution and involution, two laws of nature?
In previous post, we talked about the existence of three universal laws, w...
Plato’s biography
Plato (Athens, Greece, 427 BC – Ibid., 347 BC) Greek philosopher, consider...
What is ego
The ego is the set of psychological defects that we carry within us, such ...
What is it and how to prepare a debate?
The debate is one of the forms of oral communication whose objective is to...
Bibliography ►
Phoneia.com (June 11, 2019). Cold War essay. Recovered from https://phoneia.com/en/education/cold-war-essay/

This article was published by Phoneia, originally published in and titled "Cold War essay", along with 18986 other articles. It is an honor for me to have you visit me and read my other writings.
◄ Essay about the Second World War
Essay about Chernobyl Nuclear disaster ►