Before approaching some exercises that can serve as an example of the way in which the Generator Fraction of a pure periodic unlimited Decimal Number must be found, perhaps the most convenient thing is to revise the definition of this operation, in order to understand each one of these procedures within its specific context.

Examples of how to find the generatrix fraction of an unlimited pure newspaper decimal
Before approaching some exercises that can serve as an example of the way in which the Generator Fraction of a pure ... 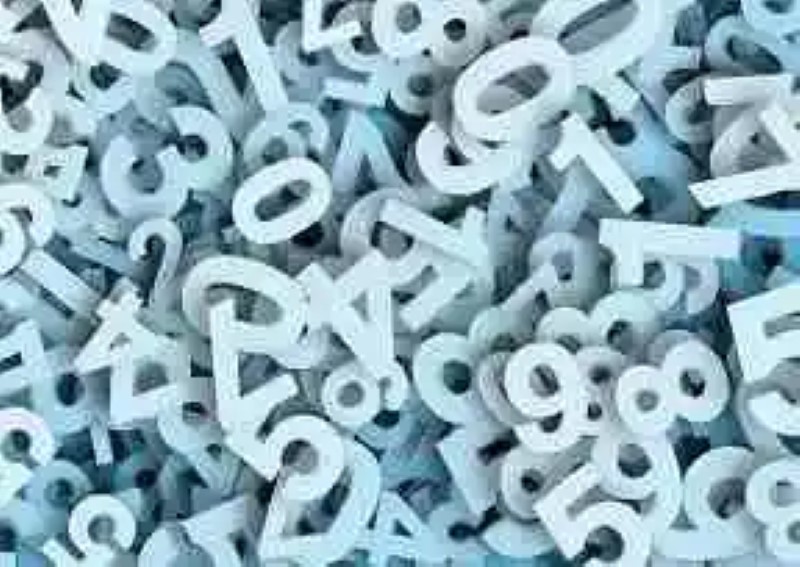 In this sense, we can begin by saying that this operation is a mathematical procedure, whose main objective is to find which is the Fraction from where it comes from, or which is equivalent to a rational number in the form of a decimal expression, whose main characteristic is to count in its incomplete units with a quantity of elements -whether one or a series of them- that are repeated to infinity, immediately after the comma, that separates the integers from the decimals, that is to say, that it is a pure periodic unlimited Decimal Number.

Likewise, Mathematics has pointed out a series of steps that must be followed in order, when finding or finding which is the generatrix Fraction that comes from a decimal number that has these characteristics, and that can be enumerated in the following way:

Once this definition has been revised, as well as the method suggested by Mathematics, when it comes to solving this operation, it is perhaps much easier to approach each one of the exercises that can serve as an example to the procedure destined to find the Generator Fraction of any pure unlimited periodic decimal number. Here are some of them:

Find the Generatrix Fraction of the following number: 0,888888

At the beginning of the exercise, the incomplete units -or decimal part- of this number should be revised, since they are the ones that will tell with their characteristics what type of decimal it is, and consequently what is the procedure that should be followed to determine its Generator Fraction. Once done, it is observed how incomplete units are made up of a number that extends to infinity, immediately after the comma. Therefore, it is a pure periodic unlimited decimal. Consequently, the first thing to do is to summarize the number:

When this step is fulfilled, it can then be understood that the period of this number is made up of a single element. The Generatrix Fraction must then be constructed. In order to do this, the entire number will be placed in the Numerator, after deleting the comma. The whole part must also be subtracted. However, as in this case, the whole part is made up of zero, this step is eluded. Then simply write down the 8 as numerator, and as denominator a single 9 equivalent to the only element that had the decimal number in its incomplete units: 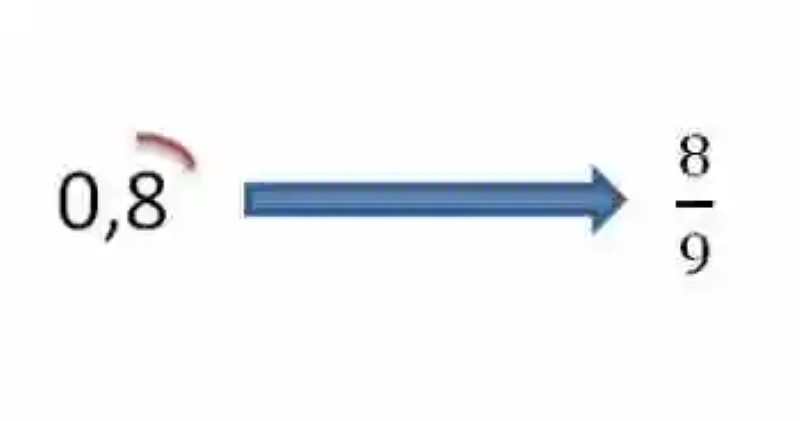 Likewise, before this number, in whose incomplete units can be found a series of numbers that repeat to infinity, the first thing that will be done, in order to determine its corresponding generatrix Fraction will be to summarize the number,in order to really see how many elements conform the series that repeats itself in it:

In doing so, it is then concluded that it is a decimal number that in its incomplete units has a period, composed of three elements, which are located immediately after the comma, so it can then be considered as an unlimited decimal number periodic mixed. At the time of constituting its Generatrix Fraction, one will then begin by writing down in the Numerator the complete number, after deleting the comma, minus the numbers that constitute the whole part of this decimal number:

In spite of the extension of this number, as one should always proceed in this type of cases, one should begin by summarizing the number, in order to be able to identify well its parts: the whole and the decimal:

In doing so, it is determined that it is a pure unlimited Decimal Number, whose incomplete units are constituted by four elements, which are repeated to infinity, and are located immediately after the comma is placed. Therefore, at the time of finding its generatrix Fraction, we will begin by writing down in the Numerator the complete number, with the suppressed comma, and subtracting the whole part from this number:

Finally, in the Denominator, the number 9 should be written down four times, for each one of the four elements that make up the period that makes up the decimal part of this number. Once this is done, the operation is considered resolved, that is to say, once the Generatrix Fraction has been found:

Excuse for student absence
In schools and colleges, including universities, it is quite a mess for a ...
Generatrix fraction of an unlimited pure newspaper decimal number
Perhaps the most recommendable thing, before approaching an explanation on...
Rationalization of denominators
It is likely that the best way to address an explanation of the correct wa...
The excretor system
All waste and toxic substances from our body are expelled by the body's ex...
Bibliography ►
Phoneia.com (October 31, 2019). Examples of how to find the generatrix fraction of an unlimited pure newspaper decimal. Recovered from https://phoneia.com/en/education/examples-of-how-to-find-the-generatrix-fraction-of-an-unlimited-pure-newspaper-decimal/