Hans von Aachen (Cologne, Germany, 1552 – Prague, 1615). Painter of German origin, recognized for having introduced the pictorial genre of Mannerism, of which he became a great exponent. 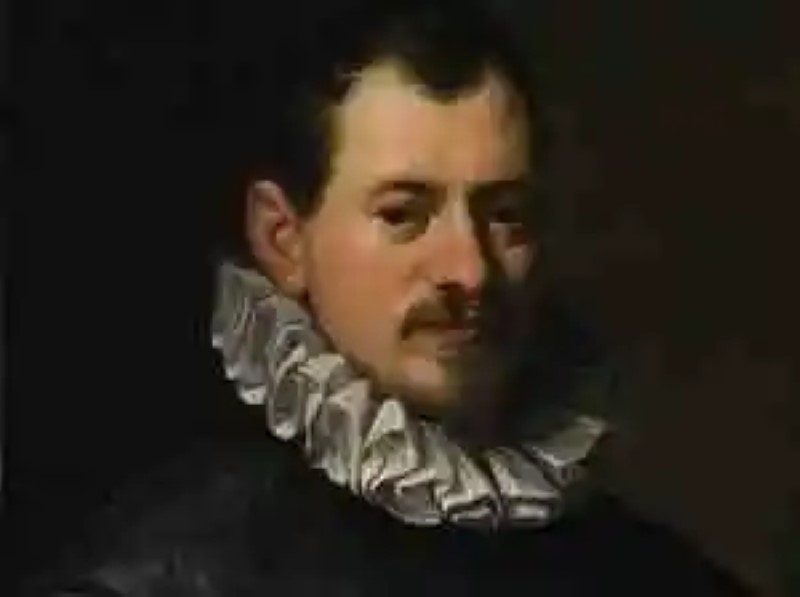 He also stood out for painting mythological subjects, as well as portraits of great historical value, coming to draw the faces of important members of the Italian and German nobility.

Hans von Aachen was born sometime in 1552 in the city of Cologne, located in Germany. Very little is known about his childhood. However, historical sources point out that von Aachen (whose surname was adopted by the painter in honor of his parents’ homeland) demonstrated from an early age a great talent for drawing and painting.

He is known to have started as an apprentice painter with the Flemish artist Jerrigh, who at the time had his studio in Cologne. Likewise, the situation of its city makes it a center of commerce in Europe, which gives it great cultural and artistic dynamism.

In 1573, at approximately twenty-one years old, von Aachen finished his period as an apprentice, entering the painters’ guild in Cologne.

A year later, in 1574 he left for Italy, where he devoted himself to studying the great masters. He visited Venice and Rome, where he was impressed by Tintoretto’s work. Likewise,in Florence, he marvels at the creations of Michelangelo.

On this trip, von Aachen develops a unique and personal pictorial style,in which he mixes Italian exuberance with Flemish realism. His fame grows rapidly, being hired for large and prestigious works.

From this time dates his altarpiece The Birth of Christ, which was commissioned by the Jesuit church il Gesú, located in Rome. He also began working in the Florentine court, for Grand Duke Francesco de Medici.

In 1588, Hans von Aachen moved to Bavaria, returning to Germany after a fifteen-year absence. During his stay he worked for Duke William V of Bavaria.

Likewise, in Augsburg he has the opportunity to serve important figures, such as the Fugger family, dedicated to banking business, consolidating his fame as a great painter and strengthening his technique for portraiture.

At this time he married Regina di Lasso, daughter of the celebrated music composer Orlando di Lasso, with whom he had four children. He also dabbled in the technique of engraving, creating impressions that spread rapidly throughout Europe under great value, which results in the increase in his fame.

Stay at the court of Rudolph II

However, the biggest point of his career was about to happen. In 1592 he was appointed official painter of the court of Rudolph II, Emperor of the Holy Roman Empire, who resided in Prague.

Hans von Aachen moves to this city with his wife, and enters to work as a painter in the court of this Emperor, where he comes into contact with great characters of the time, such as the sculptor Adriaen de Vries, the painter Bartholomeus Spranger, and even the astronomer Johannes Kepler.

His career within the court develops rapidly, becoming a trusted man to the emperor, who even commissioned him for diplomatic missions.  He also served as an art merchant, trying to satisfy Rodolfo II’s great appetite for art. In 1605 he was endowed by this monarch with the title of Knight.

After the death of Emperor Rudolph II, von Aachen remained in court, serving Emperor Matthias I, successor to the throne.

In 1615, Hasn von Aachen died in Prague. His body was buried in the Cathedral of San Vito, in this European city.

Among his most notable works are Portrait of the poet Madonna Laura, Portrait of Madonna Venusta, Venus and Adonis, In Triumph of Justice (1598); Jupiter and Calixtus, burned in 1944 by the Nazis, under the argument of their extreme graphic eroticism. The Judgment of Paris, which was made in 1588, can currently be seen at the Douai Museum.

Likewise, among his most outstanding paintings can be located The Triumph of Truth, corresponding to 1598; Allegory of peace, painted in 1602. Most of his pictorial creations can now be seen at the Kunsthistorisches Museum, located in Vienna, Austria.

Generals of fear
In this post, the most relevant generalities about fear and the possibilit...
Biography of Lucas Alaman
Alaman Lucas (Lucas Alaman and Climbing, Guanajuato, 1792 - Mexico...
Acrostic dialog
Dialogue is a branch of oral and written discourse, in which a direct comm...
The Hummingbird Butterfly
A beautiful and enigmatic insect that appears to be butterfly and at the s...
Bibliography ►
Phoneia.com (July 31, 2019). Hans von Aachen Biography. Recovered from https://phoneia.com/en/education/hans-von-aachen-biography/

This article was published by Phoneia, originally published in and titled "Hans von Aachen Biography", along with 18987 other articles. It is an honor for me to have you visit me and read my other writings.
◄ Mahavira Biography
Justinian I Biography ►