Perhaps the best thing to do before dealing with some of the many healing properties that cucumbers have, is to briefly review the definition of this fruit, as well as its nutritional contributions, in order to understand these medicinal properties within their proper context. 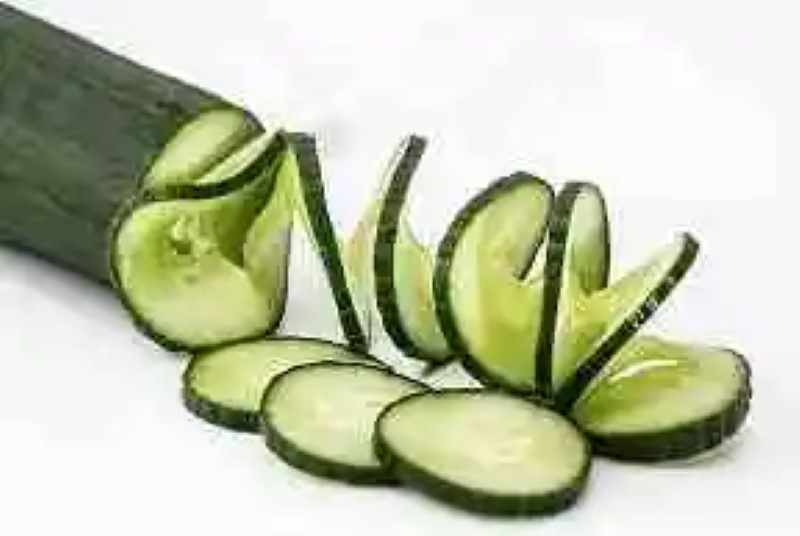 In this sense, it will begin by saying that according to the different sources the cucumber is a fruit, which is born from an herb, belonging to the family of cucurbits, and which receives the name of Cucumis sativus. According to specialists, the cucumber is composed of almost 97% water, which makes it such a refreshing fruit.

It is believed, according to studies carried out, that the cucumber originates from India, country where 3000 B.C. was cultivated by hand, at least this way it allows to conclude some findings made in the Rig-veda, the fourth oldest text of the Indian literature, which is believed to have been written in 1000 B.C. According to this book, at that time the cucumber was known by Indian culture as uruaru.

Although most of its composition is water, cucumber also has an important source of nutrients, which makes it an ideal food, both to accompany salads and salty dishes, as to make juices and desserts. In this order of ideas, the different sources have indicated that in the cucumber can be found great quantity of vitamins, like for example the vitamin A, B, C and E.

Also, the cucumber has a large amount of important minerals, such as potassium, iron, calcium, phosphorus and magnesium, which is necessary to control metabolic and renal functions and combat fatigue. On the other hand, cucumber is also a fruit with a low calorie content, as well as quite low in terms of carbohydrate content. It is also understood by nutritionists as a great source of fiber.

However, within the cucumber, as pointed out by some experts in naturopathic medicine, not only are this large amount of nutrients, but there are also a number of other components that make it a food with great healing and medicinal properties, among which can be found the following:

Perhaps one of the best known medicinal properties of cucumber is its great moisturizing power, which is due to its significant amount of vitamin C. In this way, a good way to get the skin of the eyes, face, feet, hands or other parts of the body that need to recover their hydration, will be placing cucumber slices on the affected part, for at least 20 minutes. According to the manuals specialized in natural cosmetics, cucumber slices are the best allies when it comes to fighting dark circles or bags in the eyes.

As a skin anti-inflammatory

However, not only the pulp of the cucumber has great beneficial properties when treating a dry skin, irritated or that for some circumstance is inflamed, as a product of this irritation. As a result, according to specialists, cucumber skin has a large amount of ascorbic acid, caffeic acid and vitamin C, so its direct application on the skin, provided there is no allergy to cucumber or a serious wound, may be ideal to treat some conditions or injuries, such as psoriasis, eczema or rash.

Likewise, the different sources of Alternative Medicine have pointed out that the large amount of ascorbic acid and vitamin C contained in the cucumber, both in its pulp and in its shell, make this fruit can be used as a purifying food, as it is capable of detoxifying the body, while these elements also contribute to the regeneration of tissues. Therefore, some sources recommend drinking from time to time on an empty stomach a glass of cucumber and lemon juice, sweetened with a little honey.

Another of the healing properties that has the cucumber is to be a fruit with high content of Silica, a mineral whose function in the human body is to provide health and strengthening of all muscles, ligaments, cartilage and tendons, ie the connective tissues of the body. Moreover, cucumber is an important source of Magnesium, a mineral that is extremely important when it comes to avoiding the loss of calcium in the bones, so then the regular consumption of cucumber in the diet also translates into much stronger bones.

The large amount of Magnesium contained in the cucumber, and the control that this mineral exerts over the Calcium, will also make the cucumber become a great protector of the cardiovascular system, as it will prevent the release and accumulation of calcium in the organs or blood vessels. Similarly, cucumber is a food full of potassium, so some specialists have found it as an ideal food to keep controlled, or reduce, blood pressure.

Likewise, cucumbers can be ideal when it comes to fighting constipation, or even bad digestion processes, since the combination of a large amount of water and fiber, with which it has, makes it the ideal natural choice to consume if you go through some of these two episodes. In this way, the cucumber will help restore intestinal movement. However, care must be taken, since in some people the cucumber produces gases, so its consumption -if this is the situation- could worsen the picture.

Finally, the high water content of the cucumber (97%) in its composition also make it an excellent diuretic. Thus, as recommended by the manuals of specialized naturopathic medicine, it is best to consume a glass of cucumber juice on an empty stomach.

If a stronger diuretic power is desired, pineapple could be added. This method is ideal to combat those processes of retention of liquids. Also, specialists have pointed out that cucumber juice can help burn body fat, so it is recommended in processes where you want to lose weight.