How to Prepare Cucumber Cocktails

Perhaps the best thing to do, before exposing some delicious and fun recipes for cucumber cocktails, is to briefly review some data on the origin and nutritional components of this refreshing fruit. 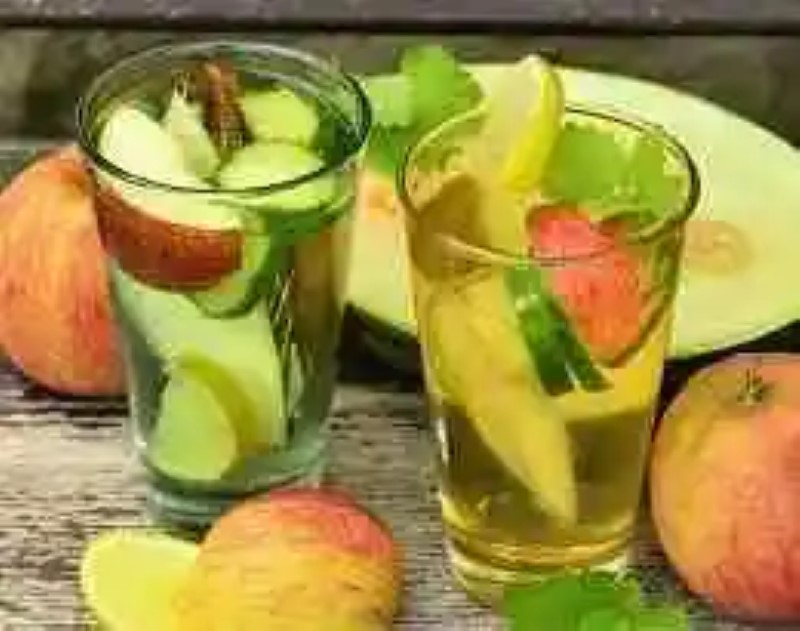 Therefore, one can begin to say that even though most people have the cucumber as a vegetable, indispensable in the preparation of salads, in reality the cucumber is a fruit, known by the scientific name of Cucumis sativus, and that it swims from an annual herb, belonging to the family of cucurbits.

With respect to its origin, some specialists believe that the cucumber initially emerged in India, for being the Rig-veda (the fourth oldest text in India, written approximately in 1000 BC) in having the first known reference to this fruit, which for Indians was known by the name of uruaru.

Today, the cucumber is considered as a fruit with great nutritional properties. In this sense, specialists point out that in the cucumber can be found important vitamins for human health such as vitamins A, C, B and E, which are directly related to healthy eyesight, healthy skin and hair, regeneration of tissues and above all adequate nutrition.

On the other hand, medical sources also indicate that cucumber contains minerals of great importance for the functioning of the body, such as silica, iron, potassium, calcium and magnesium. Likewise, cucumber is considered a great source of fiber and liquid, not in vain its composition is 97% water.

Such an amount of nutrients and properties can lead to no other conclusion than to try to incorporate cucumber frequently into the diet. However, it is not only through salads, soups or sauces that you can have the opportunity to taste the delicious, refreshing and healthy taste of cucumber, but thanks to the incredible innovations of bartenders around the world, every day are more options for cocktails and drinks that incorporate this ingredient.

And it must be reiterated that even when combined very well in salty dishes, in reality the cucumber is a fruit, with lots of water, so it is perfect for preparing juices and smoothies, and why not, cocktails. Here are some delicious recipes for cucumber-based drinks, with which to surprise and enchant guests:

For lovers of vodka, dry drinks and especially Martini, this variation on one of the most classic cocktail bars can be a real discovery, especially when they receive the news that the star ingredient is cucumber. To prepare it you will need to have the following items available: two (2) tablespoons of syrup / one (1) teaspoon of grated ginger root / one (1) medium cucumber / six (6) basil leaves / two (2) ounces of Geneva / one (1) tablespoon of lemon juice / one (1) handful of crushed ice.

When preparing this drink, it will be necessary to squeeze the juice from the ginger. To do this, simply place this grated root on a strainer, and press, so that it is releasing its juice, which should be reserved separately. On the other hand, you should take the cucumber, and take a piece of five centimeters, which should be washed, peeled and cut into small pieces. Thirdly, the basil leaves should also be processed, for this simply be crushed a little with your own hands.

When these ingredients are ready, the ice, basil, cucumber, syrup, gin and lemon juice are placed in a cocktail shaker. It is shaken vigorously, and served directly in a Martini glass, which can be decorated with a basil leaf.

And not only can you prepare Martini with basil, but mint can also be ideal for preparing this variation of Martini, which has the cucumber as its ace under the sleeve. To prepare it you will need one and a half ounces (1 ½ ) of vodka, a quarter (¼) of lemon juice / one (1) cup of water / one (1) ounce of cucumber juice / six (6) mint leaves or mint / one (1) cup of sugar.

The first step in preparing this Martini will be to make a mint syrup. For this a pot will be placed, and in it the water, sugar and mint will be added. Cook over a low heat until a thick texture is obtained. Remove from heat and leave to cool. When this has happened, take a cocktail shaker, and add the ice, vodka, and lemon juice, cucumber juice and mint syrup prepared previously. It is shaken vigorously, and strained directly into a Martini glass, which can be decorated with a slice of cucumber.

Having all these ingredients handy, they will be added to the blender glass, and processed until a hailstorm preparation is obtained. It is served in a long glass, which can be decorated with a slice of cucumber, and some passion fruit seeds.