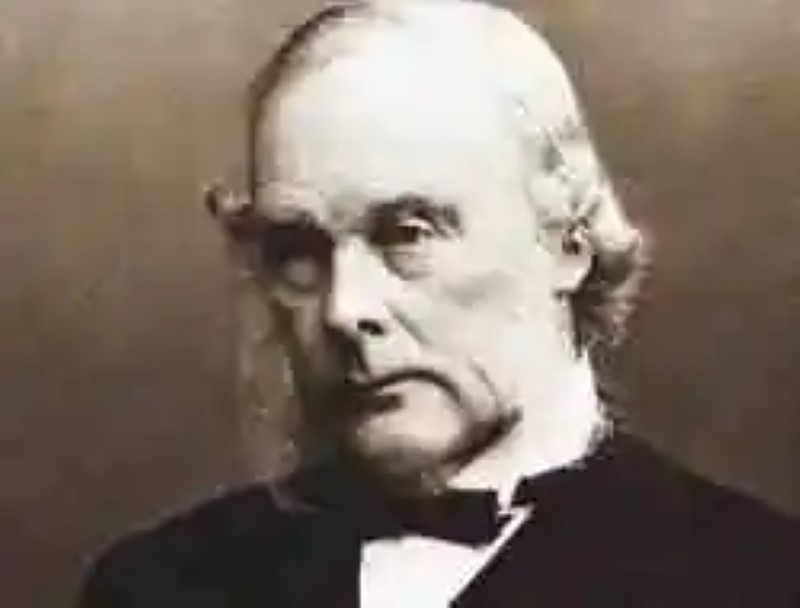 Surgeon and Scientist of British origin, known as founder of antiseptic medicine and one of the pioneers of the surgical revolution, through the implementation of preventive methods, which managed to reduce the risks of infection, causing procedures that previously triggered gangrene or death, became simple surgical routines.

► Anne Boleyn Biography Anne Boleyn (Rochford Holla, 1501 – London, ...
► Essay about drug addiction Drug addiction today has become one of the b...
► What were the causes of Dadaism The Dadaist Movement originated with the aim...

Lister was born into a very prosperous Quaker family on 5 April 1827 in Upton, Essex, England. He was the second son of Joseph Jackson Lister and his wife Isabel de Harris.

His father, Joseph, was engaged in the wine trade, although he was also very curious about science, and he was even chosen as a member of the Royal Society for his discovery of the achromatic lens. Early on, Joseph instructed Lister in scientific knowledge and the use of microscopes.

Lister studied formally at two Quaker schools. In his teens he already expressed his interest in comparative anatomy, leaning to study surgery. In London he took an Arts course at College University, and in 1848 enrolled in the Faculty of Medicine, from which he graduated with honors in 1852.

He was a member of University College and the Royal College of Surgeons. In 1853, he moved to Edinburgh, where he began as an assistant to surgeon James Syme, an eminence of the surgical field of the time, whose daughter he married in April 1856.

His marriage to a non-Quaker woman forced him to leave this religion, and join the Scottish Episcopal Church. They didn’t have children. However, his wife also had a great passion for Science, accompanying him in his work.

In October 1856 he was appointed surgeon at the Royal Hospital of Edimbrugo. Four years later, in 1860 he moved to Glasgow,where he was elected rector of the chair of Surgery at the University of Glasgow.

A year later he joined work as a surgeon at Glasgow Royal Infirmary, where he was appointed as head of room, in a new annex, built to greatly decrease sepsis levels when the surgeries were performed in a new location.

However, the hospital did not succeed. According to a report, written by Lister himself, about 50% of the patients involved died from infection between 1861 and 1865. It was there that Joseph Lister began his experiments with antisepsis techniques.

Lister had previously taken an interest in the natural process of blood clotting, as well as the role of blood vessels, during the early stages of infection, which he had observed carefully through the microscope.

Lister was tryingto apply his observations in wound treatment. It concluded that inflammation and pus formation were stages of the rotting process.

Familiar with Pasteur’s theories, about the direct involvement of germs in fermentation, rot and disease, Lester believed that the way to combat sepsis was related to the attack on these germs within the wound, for which he decided try a substance called carbolic acid, which was used to clean masons, and which from 1863 was applied informally by some people on wounds.

Lester decided to try the substance, extending its use to the patient’s body, but also to the doctor’s hands, as well as surgical instruments. The results were staggering, bringing sepsis numbersto a reduction to just 15%, between 1865 and 1869.

In 1867 he presented the results of his studies on the treatment of open and abcessesced fractures to the British Medical Association; in 1868 he presented it to the Glasgow Medical-Surgical Society; and in 1867 he published the conclusions of his studies in a text he titled On the Antiseptic Principle in the Practice of the Surgery.

The medical world divided their opinions, and while some joined in following their discoveries, others however labeled them unnecessary. In 1870, Lister published a statistical study showing how a reduction of more than 30% had been achieved in cases of asepsis. Several doctors in different latitudes began to implement their conclusions.

In 1877 he had the opportunity to demonstrate the success of the application of his aseptic methods when, on October 26, he managed to operate a fractured patella, getting the patient to successfully overcome a postoperative process, which until that time, in most of the cases would have degenerated into a serious infection and possibly death.

In 1892, his wife died and a year later, with the satisfaction of seeing positive results of antiseptic methods in various parts of the world, he withdrew from surgery.

In 1895 he was elected President of the Roya Society, a position he held until 1900. Also, in 1897 he received the noble title of Baron and in 1902 he entered as one of the first 12 members of the Order of Merit. Likewise, the genus of microorganisms “Listeria” was named in his honor. Even current products like the mouthwash trademark “Listerine”, it bears this name in its memory.

Joseph Lister died in Walmer, Kent, England, on 10 February 1912. His remains were taken to Westminster Abbey. His contributions, although the methods of asepsis have changed in medicine since then, translated into millions of lives saved, so he is also listed as one of history’s most influential scientists.

John Dalton biography
John Dalton (Eaglesfield, United Kingdom, 6 September 1766 – Manchester, U...
How to avoid school bullying
We live in an increasingly violent society, and that violence is experienc...
Lack of prevention causes disasters
We want once again to be repetitive, in order to create a true awareness a...
Ornitorrin cousco curiosities
This tender and funny animal that is sometimes mistaken for a duck but tha...
Bibliography ►
Phoneia.com (July 28, 2019). Joseph Lister´s Biography. Recovered from https://phoneia.com/en/education/joseph-listers-biography/

This article was published by Phoneia, originally published in and titled "Joseph Lister´s Biography", along with 18987 other articles. It is an honor for me to have you visit me and read my other writings.
◄ Juan Calvino Biography
Guglielmo Marconi´s Biography ►