Ma Yuan (Qiatang, Zhejiang Province, c. 1160 – ?, 1225). Painter of Chinese origin, who lived during the Song Dynasty, being recognized as one of the best landscape painters of ancient China, serving as a model for later generations of painters. Together with the painter Xia Gui he formed the foundations of the Ma-Xia pictorial school. 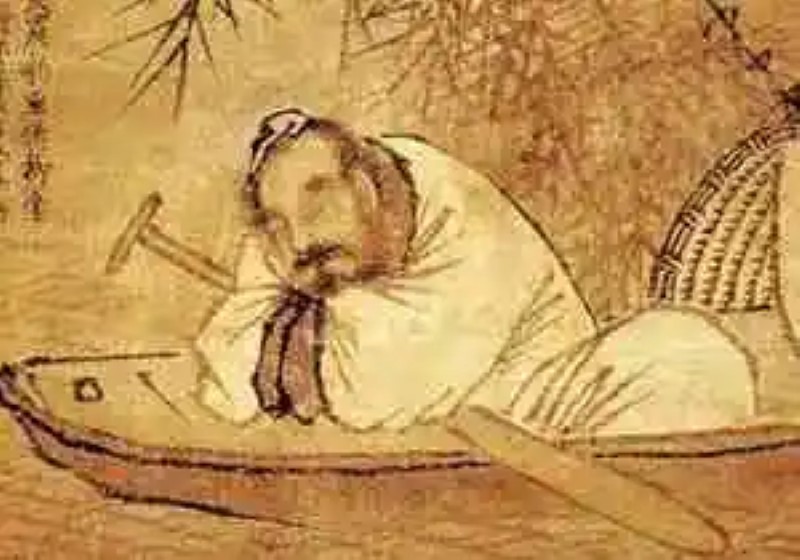 According to critics, his talent consisted of focusing the attention of painting in a corner of the work, thus achieving an atmosphere of intimacy. His works inspired many Chinese artists, especially those belonging to the Zen School, as well as Japanese painters, including Shugun and Sessh.

Likewise, many painters sought to imitate his style, so it is sometimes difficult to differentiate between his original works and that of other artists.

Ma Yuan was born between 1160 and 1165, in Qiatang, present-day Hangzhou, located in Zhejiang Province, within a family with a great tradition of painters. His great-grandfather, named Ma Fen, had worked during his life in the court of the Northern Song dynasty, as daizhao (which can be translated as an assistant painter) in the early 12th century.

Later, in the middle of the same century, his grandfather Ma Xingzu continued the tradition, exercising the same office of daizhao, also for the same Dynasty. Likewise, his father Ma Shirong followed in the footsteps of ancestors, also serving as a painter at song court.

At the time, Ma Yuan also began as a painter in the court of Emperor Xiazong, managing like his grandparents to become daizhao in the time of Emperor Ningzong. According to the few sources of its existence, Ma Yuan died in 1225. His son Ma Lin continued the path begun by his great-great-grandfather, becoming in turn imperial daizhao and last painter of the Ma family.

However, this data is the only ones who seem to know each other about their lives. Historians point out that the reason for this biographical data gap is because he is not a philosopher or senior official, Ma Yuan did not leave any written documents.

Nor was he the focus of any contemporary biographer. However, it can be inferred that both he and his work were in high esteem from the imperial nobility, coming to receive in life the Golden Belt, a high distinction in China, for its performance. Emperor Ningzong, along with his wife, Empress Yang Meizi would have written a series of short poems, inspired by a series of pictorial works by Ma Yuan.

According to contemporary critics, despite being a fairly prolific and versatile painter, Ma Yuan distinguished himself as a landscaper. He also always leaned over to work in a small format, choosing album sheets for his works, rather than vertical and extensive scrolls, as was the custom of painters of the time.

Also, the specialists have pointed out that at the beginning of his career, his works were strongly influenced by the technique and themes of the painter Li Tang, building towards maturity his own style, characterized by the use of decorative elements, aqueous and loose brushstrokes, which allowed him to create admirable light, shadow and fog effects.

He also moved away from the striking panoramas, opting for scenes that he placed in a corner of the painting, managing to transmit peace and serenity. Today you can see some of his works in the National Palace Museum in Taipei, as well as in the Beijing Palace Museum, among which, in addition to landscapes, delicate paintings of birds and flowers.