It is likely that the best way to address an explanation of the absence of Commutative Property in the Fractions Division is by making a brief review of some definitions, which will allow us to understand the impossibility that this mathematical law can implemented in this operation.

Therefore, it may also be necessary to delimit this conceptual review to two specific notions: the first, the definition of Fractions itself, in order to understand the nature of the mathematical expression involved in the operation in which it exists the lack of this property, i.e. the FractionS Division, a concept that must also be taken into account. Here are each of these concepts:

In this sense, it will begin to say that mathematics has explained fractions as those expressions, by means of which it realizes fractional numbers, that is, that they are used to represent non-exact or non-whole quantities. On the other hand, this discipline has also pointed out that fractions are made up of two elements, each of which can be explained as follows:

On the other hand, it will also be necessary to take a moment to review on a definition of Fractional Division, which is understood as a mathematical operation, by which it seeks to calculate what the quotient exists between two fractions, or what is equal: how many times is included in a given fraction another specific fraction.

Having analyzed each of these concepts, it may certainly be much easier to understand what the absence of the Commutative Property points to in this operation. In this order of ideas, it should be remembered that the Comcomative Property is one that states that in a mathematical operation it will not matter the order in which the participating factors are presented, as it will not alter the product.

Therefore, where a transaction such as the Fractiondivision Division does not have this property, it can then be understood that in it the modification of the order in which the dividend is located and the divider cannot be altered, without this directly implying a alteration in the quotient. This non-commutative property can be represented mathematically as follows:

However, perhaps the most efficient way to complete an explanation about the absence of commutative property in fractional division is through exposing a particular example, where you can see in practice how it really ever changed or m dissect the order of factors in the division will come to different results, as seen below:

Check the absence of Commutative Property in the following operation: 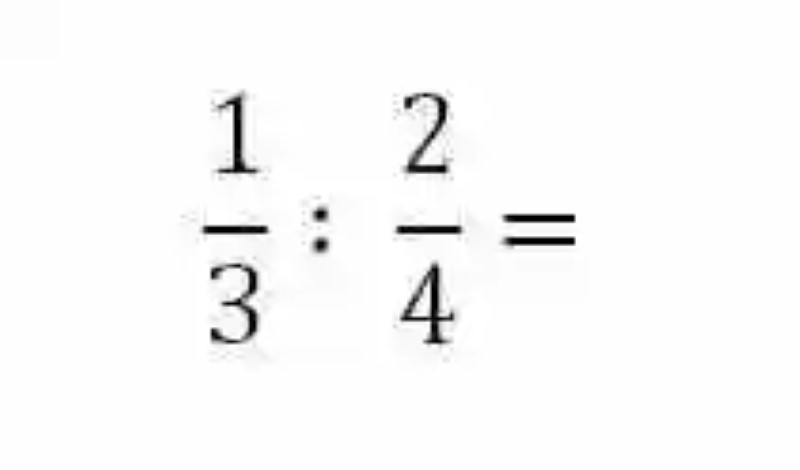 For this, the division of fractions must be resolved in terms of its two possible orders, as seen below: 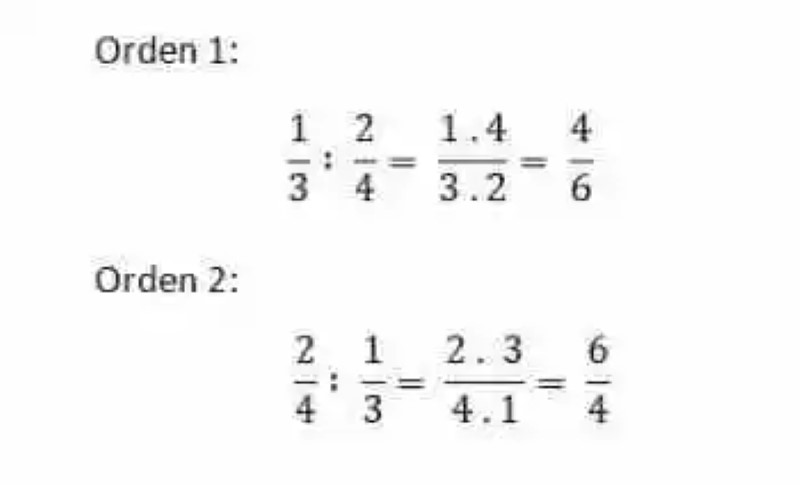 Consequently, the inability of the Fractions Division to comply with commutative ownership is considered proven, hence the conclusion of: 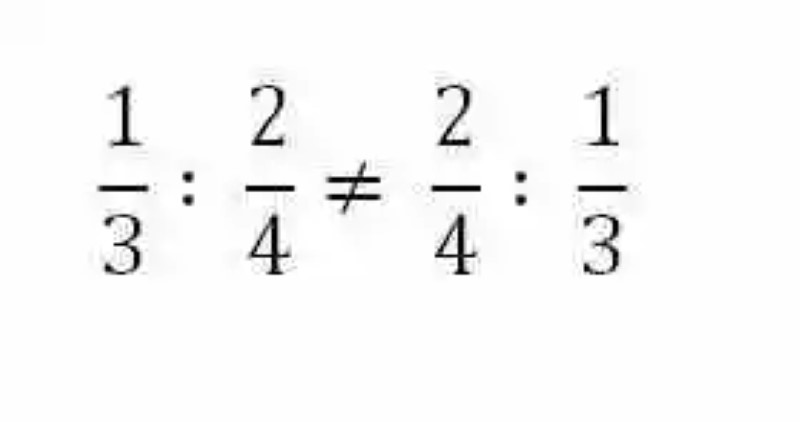