Zhao Zheng Ying Zheng (Qin, 259 BC – Hebei, 210 BC). Noble and Emperor of the Qin dynasty between 221 and 207 BC and the first to achieve the unification of China under one empire. 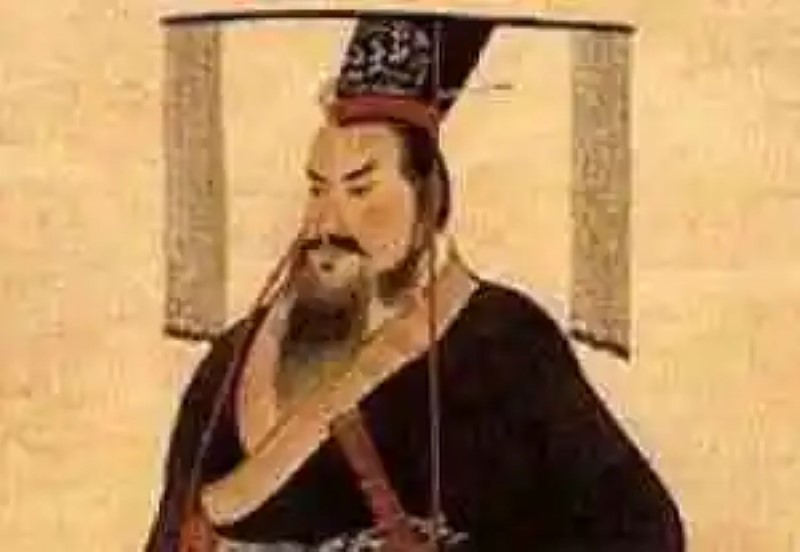 He managed to standardize laws, currency, measurement systems and writing, giving the vast Chinese territory for the first time a sense of country. He was the pioneer of the Chinese wall and is believed to have also given China its name. Qin Shi Huang is also remembered for his cruelty and severity, he exercised a relentless regime. However, his legacy continues to this day.

► SCDD-rated website: Resources for librarians and catalogers The Dewey Decimal Classification System is u...
► Rationalize denominators when there are no sums or subtractions in this Perhaps best ly, before addressing an explan...
► Essay about democracy Democracy is a form of government, raised co...

Assumption to the throne

He was born in 259 BC in the former Qin state, located in northwestern China. His father became king of the Qin state, but was held hostage by the state of Zhao. At the time of this, Lu Buwei, a rich and powerful merchant, who had been a lover of Zhao Zheng’s mother, used his influences to seek the ascension to the throne of Zhao Zheng, who despite not being appointed as successor, was appointed king of Qin, thanks to the efforts of Lu Buwei, who served as the royal representative until Zhao Zheng came of age.

In 246 BC, aged 13, Zhao Zheng became ruler of the most powerful state at the time. His detractors have raised the thesis that he was in fact the natural son of Lu Buwei, but some historians dismiss these hypotheses for believing that it is given by an implicit interest in harming his image.

Birth of the Qin Empire

Between 475 and 221 BC, China was made up of six independent and rival states, which consistently competed with each other, during the time historically known as the Warring States period.

From his coming to power, Zhao Zheng fought with the other kingdoms, defeating the last fighting kingdom in 221 BC, then erecting a unified Empire that he named after his state, Qin, from which historians believe the name of China arose. Once emperor he also chose a name for him, proclaiming himself Qin Shi Huang di, which means “First Sovereign and Divine Emperor of Qin”.

It also began a series of reforms aimed at forming a fully centralized government, which would allow the neutralization of any separatist movement. In this regard, it abolished the feudal system in Chinese territory and by mandate decreed that all aristocratic families move to Xianyang, capital of the Qin Empire, in order to control any attempt to assume power.

He divided the empire into 36 military squares, each endowed with a civilian administrator and an army. He instituted a strong and rigorous system of laws, where no one was immune. His empire was characterized by exercising rigorous discipline and organization. He created an imperial currency, called the Banliangde, which abolished the other currencies, unifying China economically. It enacted laws to make systems of measures, weights and lengths equal throughout the territory.

He standardized writing, establishing the same Chinese characters for all regions, in order to achieve written language that could be understood throughout the empire, unifying it linguistically, with symbols that are still in use today.

He developed a series of paths and fortresses to protect his empire. He set up the construction of a great wall that protected his country from the invaders who came from the north. Nearly 300,000 soldiers and prisoners, losing their lives in the far reaches of the empire, working to build this project called the Qin Wall, which served as the foundation for the Great Wall of China.

The Dream of Immortality

Another of his great ambitions was to achieve immortality. He traveled all over the territory looking for magical and alchemical methods that would allow him to live forever. He summoned his court magicians and commanded his subjects to look for miraculous herbs to distant regions.

It is believed that on one occasion he came to execute 460 Confucian scholars who labeled their practices as mere chatter. It was also the hand that decreed “the burning of books”, in 213 BC, reducing to ashes all books, except those of medicine, agriculture and those related to the history and archives of the Qin empire,in response to the insistence of the Confumate current Sionan to return to the old feudal system.

End of a Dynasty

After three assassination attempts, the emperor spent his last years imprisoned by a great distrust of his surroundings, a great fear of dying, and an arduous quest for the elixir of eternity. He died suddenly in 210 BC at the age of 49, his empire collapsed four years later.

He was buried in a burial complex of more than 50 square kilometers, located at the foot of Lishan Mountain, where he is sheltered by more than 8,000 thousand soldiers and terracotta horses. This incredible funeral work, where it is estimated to have worked about 700 thousand men, was discovered in 1974, being declared, by Unesco, a World Heritage Site in 1987.

Although he died relatively young and his dynasty did not survive him long, Qin Shi Huang left a legacy of paramount importance, managing to unite China as one country through the standardization of its economic, legal and even linguistic system. Many of his contributions are still in effect today, making him one of the most influential people in history.

This article was published by Phoneia, originally published in and titled "Qin Shi Huang Biography", along with 18987 other articles. It is an honor for me to have you visit me and read my other writings.
◄ Biography of Pablo de Tarso
What the new world order is all about ►