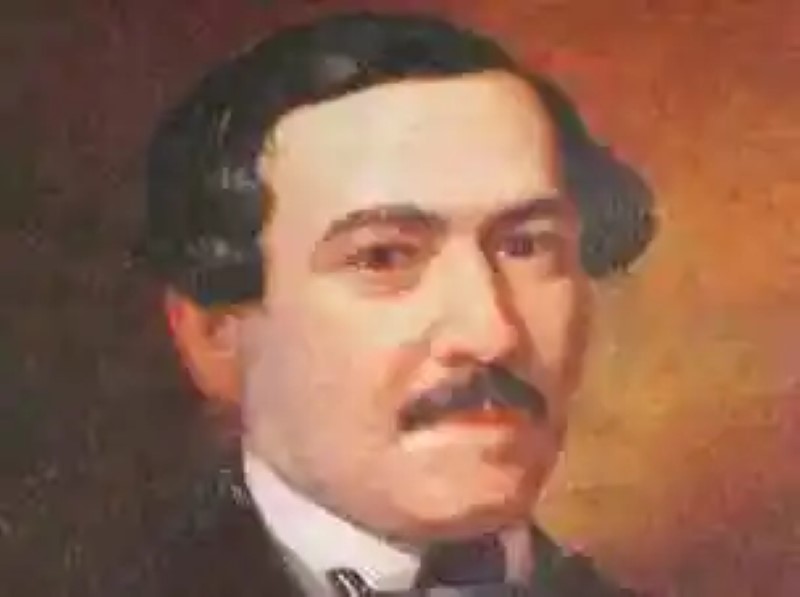 Also, in 1832, he became the first graduate of the Military Academy of Mathematics in his country. His most important contributions were made in the area of Poetry and Philology, the latter where he stands out for being the author of the first Dictionary of Galicism of Spanish.

► Examples of mixed fractions Perhaps it is best to address the various ex...
► The Night Summary Within the literature of the Holocaust, is k...
► Menes Biography Menes, also known as Mena, Meni or Min (c. 2...

Rafael María Baralt was born on July 3, 1810, in the city of Maracaibo de la Capitanía General de Venezuela, which is located in the present-day Zulia state of the territory of the Bolivarian Republic of Venezuela. In this way, in the midst of the independence process, he became the son of Colonel Don Miguel Antonio Baralt and his wife, Dona Francisca Pérez.

His father was Venezuelan, and his mother came from the Dominican Republic. The political instability resulting from the emancipatory process that began to live this Latin American homeland forced the Baralt and Pérez family to move to the Dominican capital, Santo Domingo, when Rafael was just a child. After eleven years, in 1821, they decided to return, settling again in Maracaibo, a city where Rafael would live for the next six years of his life.

When he arrived in 1827, he moved to the city of Bogotá, Colombia, in order to continue his higher education.

The trip was made in the company of his uncle Luis Baralt. Arriving in the Colombian capital, Rafael entered the Universidad Santo Tomás, where he obtained his Bachelor’s degree in 1830, having studied and approved his studies in Latin and Philosophy.

In 1835, back to his homeland, Venezuela, which was in the process of separating the Gran Colombia created by Simón Bolívar, Rafael María Baralt began his political activism, building a strong rival of the reformers. He also continued his university studies, entering the Military Academy of Mathematics, from where he graduated as an Engineer two years later.

He also ventured into the publishing and writing area. In 1829, he served as editor of the local newspaper El Patriota del Zulia. A year later he decided to move to Europe,where he toured London, Seville and finally the city of Madrid, where he decided to settle.

In fact it is in this European city that Rafael María Baralt performs most of his poetic work. In 1842, a year after leaving Venezuela permanently, he wrote his poem “Farewell to the Fatherland”, considered by literary criticism as his masterpiece, for being endowed with a great wealth of images and poetic forms, as well as his other poems, which comprise about thirty-one verses.

His essays and works Summary of the History of Venezuela (1887) which he wrote in the company of Ramón Díaz are also distinguished in his works; Matrix dictionary of the Castellana Language (1850) and his famous Dictionary of Galicismos (1855) this being the first existing dictionary on this linguistic phenomenon in the Spanish language; editions that were made in Patria.

Life in Spain and final years

However, his departure from Venezuela does not translate into a retreat from political life. In Spain, Rafael María Baralt also works as a public official, becoming important editorial positions as Director of the Gaceta de la Corona or Administrator of the National Printing, thus placing his talents at the service of the Spanish Kingdom.

Likewise, his work in the field of Philology made him worthy to become the first American to be appointed as a member of the Royal Spanish Academy RAE.

However, in 1857, a trial was opened in Madrid, which profoundly affected his reputation and above all his morals.

Although his innocence was proved and a public clarification was made, which sought to reclaim his honor and good name, according to what his biographers point out, this fact deeply depressed this Venezuelan intellectual, to the point of bringing him closer to the doors of the Grave. On January 4, 1860, just three years after the judicial process began, Rafael María Baralt died, at the age of forty-nine, in the city of Madrid, in Spain.

His remains were buried in Spain, although over time they were lost. Finally, they were found. One hundred and twenty-two years after his departure, his body was repatriated to Venezuela, where despite having the approval of the Latter’s Senate,he had to wait thirty-nine more years, until November 24, 1982 to be able to enter the National Pantheon of Venezuela located in Caracas.

Likewise, in his country, some of its main cities have streets, schools, urbanizations, neighborhoods, buildings and universities, named after this intellectual, as a way of paying homage.

Examples of how to solve the power of a rational power base
Before approaching some exercises that can serve as an example of the corr...
Types of book titles
In librarianship, or librarianship, other types of titles are distinguishe...
Main representatives of Buddhism
Buddhism is one of the four largest religions in the world with approximat...
George Amado Biography
George Amado (August 10, 1912 – August 6, 2001) – August 6, 2001. Write...
Bibliography ►
Phoneia.com (August 22, 2019). Rafael María Baralt Biography. Recovered from https://phoneia.com/en/education/rafael-maria-baralt-biography/

This article was published by Phoneia, originally published in and titled "Rafael María Baralt Biography", along with 18987 other articles. It is an honor for me to have you visit me and read my other writings.
◄ Mario Benedetti Biography
Example of how to identify prime and composite numbers ►