Yang Jian, who assumed the imperial name of Wen-ti or Wen-di (North China, 541 A.D.– ?, 604 A.D.) Political Leader,Noble and Chinese Emperor, founder of the Sui dynasty, who ruled between 557 and 581. He is credited with achieving the reunification of China, after three hundred years of instability and political divisions. 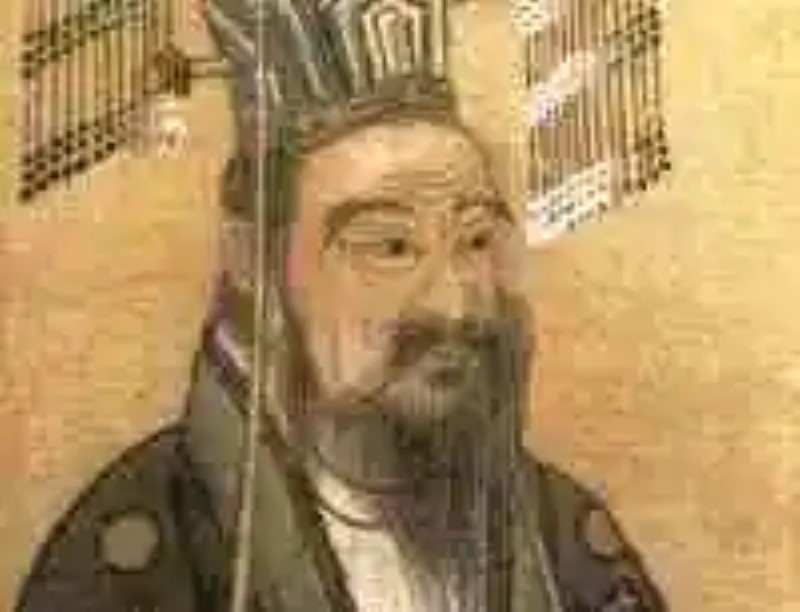 He managed to conquer southern China, ended Turkish power over the northern territories, and built a strong and centralized imperial state. Towards the end of his tenure, he became interested in expanding Buddhism within his territory, which is why he is considered one of the most important emperors for the growth of Buddhism, after Ashoka. Wen-ti is listed as one of China’s most influential sovereigns.

► Examples of how to find the generatrix fraction of an unlimited pure newspaper decimal Before approaching some exercises that can s...
► Internal property of fraction multiplication Perhaps best, prior to advancing on an expla...
► Alaska biography María Olvido Gara Jova (Mexico City, Mexico,...

Yang Jian was born around 541 A.D. to a Buddhist monastery in northern China. He belonged to a powerful family, whose members had been important officials of the non-Chinese dynasties of central and northern China during the period of fragmentation.

Yang Jian inherited from his father his noble title of Duke of Sui, as well as two fiefdoms. He was raised by a Buddhist nun until the age of thirteen, when he began attending the imperial university, intended by the state to form the children of the nobles and senior officials, under confucian precepts.

However, Yang Jian was not interested in the program offered by this School, from which he retired. At the age of fourteen, he had his first military date. He quickly rose by serving in the Yuwen, a non-Chinese ruler of the Bei Zhou dynasty, which controlled part of the northern territories.

He also held important public positions and played an important role in the campaign against the states of northern China, especially chi state.

Yang Jian married one of the daughters of the Tu-Ku family, one of the most powerful in the non-Chinese state dominated by the Bei Zhou dynasty.

From the outset, his wife became his confidant and one of his greatest allies. Eventually, as a reward for his great services as a military man and public official, he was allowed to marry one of his daughters in 573 to the crown prince of Zhou.

In 578, the Emperor of Bei Zhou, Yu-wen died, being succeeded by the crown prince, who was Yang Jian’s under-member. However, this emperor showed signs of mental imbalance from the beginning, soon destroying the dynasty built by his father.

A year later, he voluntarily resigned, placing his young son on the throne, in order to continue governing. In a fit of anger he decided to execute his wife and the entire family, including Yang Jian. Fortunately for them, the sovereign became ill and died suddenly.

Faced with what could be interpreted as an apparent power vacuum, Yang Jian, in the company of his wife and counselors, took advantage of the circumstances to seize power. Opinions were divided on the throne, and although he had the support of many, he also had great detractors.

Despite the opposition, his military strength as well as the same rivalries of his adversaries earned him definitively his new position as Emperor. On 4 March 581 he held an imperial hearing, founded the Sui dynasty, and assumed the imperial name of Wen-ti.

One of its first actions was the construction of a new capital, in Chang’an, whose magnitude was unprecedented in Chinese history. In 583, he moved to his capital, still under construction and launched his new government project aimed at centralization.

Wen-ti chose to be part of his government to the men he considered most capable and whose family background was mixed, so that they would have no commitments to any specific dynasty or region. With them, it replaced, on the entire imperial scale, the families that remained on it for hereditary reasons, thus creating a new bureaucracy, whose mission was to work under their command. Similarly, it was prohibited that public officials could serve in their place of origin.

As for the territorial area, Wen-ti directed his efforts to take control over the territories located in southern China, for which he assembled a powerful army, which stormed the Southern states both by land and by water, surprising their inhabitants, which were quickly dominated by the Sui Dynasty.

Similarly, he succeeded in breaking the Turkish power of the Turks in the Turkestan and Mongolia regions, although he did not achieve the same success in Vietnam.

By his sixtyth birthday, China was consolidated under the same empire, in which peace reigned, there were trained officials, full imperial silos, and a growing imperial capital, adorned with the great palaces of the Sui nobility. Likewise, its power was recognized and feared in other regions such as Japan and Korea.

However, personally Wen-ti felt a great spiritual emptiness, due to his conflicting family relationships with his wife and children, the loneliness he felt of having lost almost all his friends, over the years, as well as the constant fear of being overthrown. In this quest, Wen-ti decided to abandon Confucianism and embrace Buddhism.

In 601, he began publishing a series of edicts, about his new precepts. Shrines were built in major cities and a government oriented towards public piety was undertaken.

Following in the footsteps of his predecessor Ashoka, he unified the empire under Buddhist philosophy.In 604 he died, apparently killed by his son Yang Guang, who succeeded him on the throne, assuming the name Sui Yang-ti.

Sum of heterogeneous fractions
Perhaps best, before addressing an explanation of the sum of heterogeneous...
Dimensional bodies
Because the Social System educated us and taught us to be hard-to-work mat...
Frankenstein’s Summary
In the field of Universal Literature, the first history of modern science ...
Properties of opposites in the sum of fractions
Perhaps the most convenient, prior to addressing each of the mathematical ...
Bibliography ►
Phoneia.com (July 31, 2019). Sui Wen-ti Biography. Recovered from https://phoneia.com/en/education/sui-wen-ti-biography/

This article was published by Phoneia, originally published in and titled "Sui Wen-ti Biography", along with 18987 other articles. It is an honor for me to have you visit me and read my other writings.
◄ Thomas Malthus Biography
Wilhelm Rantgen Biography ►