Generally, the West New Year’s dinner has as its protagonist pork or turkey meat, because these are animals related in this hemisphere to prosperity, wealth and celebration, which means that there is almost no table where they are absent during Good night.

Vegetarian menu for New Year
Generally, the West New Year's dinner has as its protagonist pork or turkey meat, because these are animals related ... 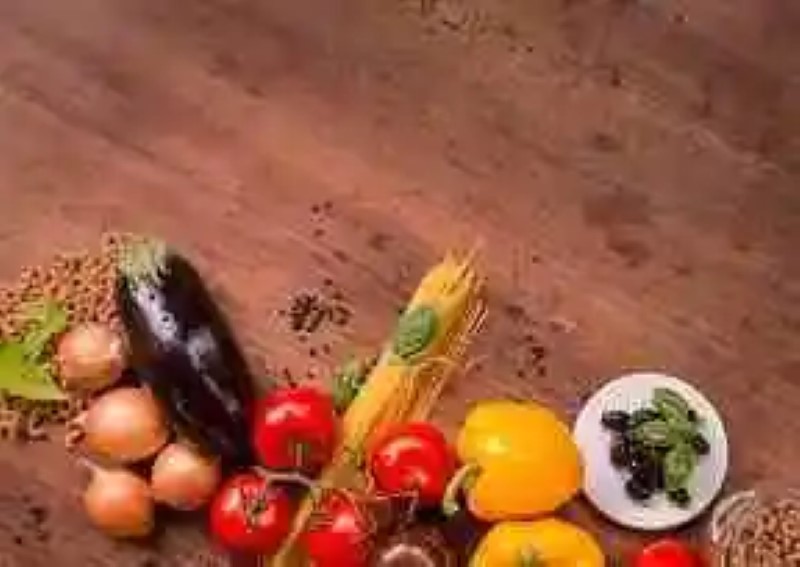 However, not everyone – whether by decision or necessity – has the possibility or desire to bring one of these dishes to their table during the New Year celebration, encountering the challenge of offering to their guests, or procuring himself, an elegant, delicious and totally up to a celebration of this kind.

In these circumstances, vegetables can be one of the great allies, because in addition to its healthy components and its rich flavor, it also has great diversity and color, which will translate into creative preparations, which will surely be the subject of obligatory conversation during the holidays, and beyond.

Consequently, only a little creativity and culinary talent will suffice to transform the chosen vegetables into sumptuous meals, with which to accompany the New Year’s banquets, and even any other celebration, making this kind of menu even it is not necessarily an option of someone vegetarian, but can become a family choice to start the year by trying new traditions or customs.

In this way, once it has been understood that deciding on a vegetarian option doesn´t mean giving up a lavish and elegant New Year’s dinner, but opens a large door of exquisite options, then you are prepared to start the adventure of preparing an entire New Year’s menu based on vegetables, which could be made up for example by the following recipes:

While these could be used perfectly as mouthopeners, these broccoli balls can also be considered the ideal choice for a Christmas menu entry. To prepare them it will be necessary to have at hand the following ingredients: one (1) medium and fresh broccoli / four (4) egg whites / two (2) tablespoons extrafine cornmeal / eighty (80 gr.) grams of Parmesan cheese / one (1) whitehead onion / one (1) ) pepper / and one (1) handful of coriander.

When starting with the preparation, the broccoli should be washed and chopped, in order to cook it in boiling water for at least ten or twelve minutes, so that it acquires an al dente texture. At this point, it must be removed from the water, and processed in a blender or kitchen assistant, and then reserved for a moment.

On the other hand, a sofrito should be made based on the onion, pepper and coriander, which must have been finely chopped. When the sofrit is at its point, add the cheese, stir a little, and add it to the processed broccoli, to mix the ingredients, until you get the most homogeneous mixture you can. Taking advantage of the consistency of the dough, balls will be made, which will be passed through a thin dough made with the egg whites and flour, before frying them in hot oil. They can be eaten both hot and cold, and accompanied by some natural mayonnaise.

Once you’ve enjoyed the tickets, you can continue New Year’s dinner with a delicious mushroom cream, which in addition to its incredible flavor, will add a rather sophisticated touch to the banquet. To prepare it, you will need to have the following elements: two (2) garlic cloves / one (1) onion / one (1) stalk of garlic porr / two (2) pounds of mushrooms / three (3) garlic cloves / medium (1/2) liter of vegetable broth / a quarter (1/4) cream / olive oil  / salt / pepper.

To continue the preparation, the garlic, onion, garlic and mushrooms should be finely chopped, then saute them in plenty of olive oil, until they begin to cross. At this point, the vegetable stock will be added, and the preparation will be allowed to cook for about fifteen minutes.

After this period, the preparation should be taken to the blender, where it will be processed until a fairly homogeneous mixture is obtained, at which point the preparation is brought back to the pot where it has been cooked, to add the cream, salt and pepper. It will allow it to be simmered, until thickened, and stirring continuously, to prevent lumps from forming. Served hot, some al dente mushrooms can be added in ornament and in foils.

Another good way to innovate in terms of new year-end dinners will be spinach lasagna, for which you will need to have at your disposal one (1) pack of lasagna sheets / one (1) pound of fresh spinach / four (4) ripe tomatoes / one (1) large onion of / one (1) garlic clove / eighty (80 gr.) grams of grated Parmesan cheese / two hundred and fifty (250 ml) milliliters of bechamel sauce, pre-prepared / one (1) tablespoon sugar / salt / pepper / one (1) handful of fresh basil leaves.

It will start by placing a pot on the fire, with a little salt, to which the spinach will be added, once reached the boil ingest, letting them cook for a period of ten minutes. After this, they will drain, and finely chop, then take them to a bowl, where they will be mixed with two (2) tablespoons of bechamel sauce and a little more than half (50 gr. approximately) of the Parmesan cheese.

In addition, it should be placed in a frying pan, olive oil and finely chopped vegetables, starting with the garlic and onion, to which the tomato, peeled and chopped will be added, once they start to be transparent, finally salt will be added, a pinch of sugar, pepper and fresh basil leaves, to let the salt cook for about twenty minutes more. Likewise, the lasagna sheets will be passed through hot water looking for them to soften a little, as indicated by the commercial package.

Once this is done, the mold will be taken and the lasagna will be assembled, alternating layers of bechamel cream, pasta, spinach mixture and tomato sauce. The last layer, should bring bechamel and Parmesan cheese. Finally, it is taken to the oven, to gratin the cheese. This dish is served hot, and can be accompanied by some salad.

For a dessert worthy of an elegant dinner you don´t need a very complicated recipe, so a beautiful fruit dish, accompanied by some whipped cream, will deliver a nutritious, fresh, practical dessert, but above all, delicious and elegant, to close with brooch one year, and receive open arms the new cycle that begins.

Origin of Holy Week
Holy Week is considered the week of the week and is, along with Christmas,...
Main representatives of capitalism
Among them, undoubtedly occupies the first place: Karl Marx, for his book ...
Example of how to identify prime and composite numbers
Mathematics differentiates between two types of numbers: prime and composi...
Critical essay about education
Estanislao Zuleta, has already specifically considered that education is a...
Bibliography ►
Phoneia.com (September 25, 2019). Vegetarian menu for New Year. Recovered from https://phoneia.com/en/education/vegetarian-menu-for-new-year/

This article was published by Phoneia, originally published in and titled "Vegetarian menu for New Year", along with 18987 other articles. It is an honor for me to have you visit me and read my other writings.
◄ Examples of sum of fractions with equal numerator
Distributive property in fraction multiplication ►