Emmy 2019: ‘Fleabag’ and ‘Chernobyl’ is enshrined in the farewell party of ‘Game of Thrones’ 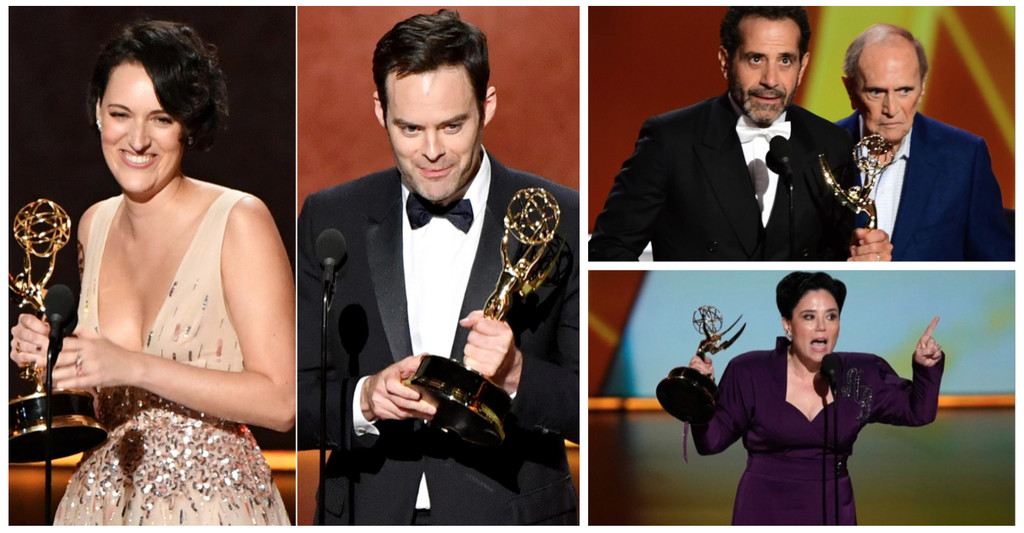 With more or less surprises, more or less good jokes and jokes and more or less pace, the 71st edition of the Emmy Awards has been, as is almost always the one left out categories of the creative arts the other day, very balanced.

The night of the tv

Bryan Cranston started, “suddenly” the ceremony, recalling some of the series nominated with a speech that emphasized the moment that crosses the television today: “it has never been so good”. Maybe, I don’t know, yes we are at the golden age of television.

Tony Shalhoub and Alex Borstein began strong for the series of Amazon Prime ‘The wonderful Ms. Maisel’, took the first awards of the night. Phoebe Waller-Bridge, the brilliant mind (and face) behind ‘Fleabag’ took the award for best comedy writing. His speech and Borstein were brief and loaded his black humor as usual. The writer of the next James Bond movie has been enshrined with your series for Amazon Prime and it will be the great protagonist of the night. And is that her ‘Fleabag’ is extraordinary.

Bill Hader was deservedly another Emmy for his amazing role in ‘Barry’, repeat award in his second season after the funny presentation Ike Barinholtz and Maya Rudolph.

'Game of Thrones' it swept at the Creative emmy awards, 2019, with ten awards

Patricia Arquette remembering his sister Alexis while she was grateful that now, in their fifties, was receiving the best roles of his career. Another memorable speech of the night is what took Billy Porter, breaking the win with his character for the FX series, ‘Pose‘.

Charlie Brooker he returned to win another Emmy, showing that your playful creation like at the Emmy’s, and your episode interactive that much of a stir was caused a few months ago, ‘Bandersnatch‘ took a prize home.

in Addition to tributes to two classics that leave us with, as ‘Game of thrones‘ and ‘Veep‘ with all the cast members on the stage, there was also the time in memoriam, where more than one shuddered to remember that Luke Perry, to which we have just seen in the latest film by Quentin Tarantino, he left us unexpectedly.

The other big winner of the night, in addition to the series, Waller-Bridge and its creation, it has been ‘Chernobyl‘. The limited series (great joke from Bill Hader about it) HBO had no rival in its category, taking best director, screenplay or limited series.

there were No big losers during the night. ‘Game of Thrones’ was the award for best series only (not counting awards technical few days ago), although it may ‘Leak in Danemora‘ deserving of something better that the vacuum was.

‘Saturday Night Live’ and John Oliver continue to show that no one can snatch your throne cathodic varieties and RuPaul continues to add awards. As you probably expect in the future to Jharrel Jerome or Ben Whishaw, two other award-winning amazing. Michelle Williams takes a prize not surprisingly, therefore, something that did watch Jason Bateman pick up the best direction in dramatic series for the ‘Ozark‘.

Congratulations to the award winners.

Emmy 2019: Bill Hader is the best lead actor in comedy series for 'Barry'

All the winners at the Emmy 2019: full list of winners

–
The news Emmy 2019: ‘Fleabag’ and ‘Chernobyl’ is enshrined in the farewell party of ‘Game of Thrones’ was originally published in Espinof by Kiko Vega .

Emmy 2019: ‘Fleabag’ and ‘Chernobyl’ is enshrined in the farewell party of ‘Game of Thrones’
Source: english
September 23, 2019