The family of Chris Oberth, a developer who died in 2012, donated it to the beginning of the year their belongings to the Video Games History Foundation and this has managed to recover a game unreleased NES.

Fail to retrieve a game unreleased NES based on Days of thunder Tom Cruise
The family of Chris Oberth, a developer who died in 2012, donated it to the beginning of the year their belongings t...

The Video Game History Foundation has managed to recover a video game unreleased NES after the family of the developer, Chris Oberth, who died in 2012, they donate materials, whose content had been unknown until now. This video game is what appears to be an aborted project based on the movie Days of Thunder, Tom Cruise, and was spread throughout 21 floppy disks.

The members of the foundation have managed to recover the video game, by reconstructing it entirely from those floppy disks donated by the family of the co-creator of the project. Currently, this game seemed to be completely lost is 100% functional and will be for sale at 70 dollars whose profits will go directly to the widow of Oberth. Also will release the code of the game.

► 5 Ways to Heal from Divorce and Move On The emotional trauma of a divorce affec...
► Android Q will enable you to run games faster on devices with less power The third beta of the Android 10-Q contin...
► Behind the Lyrics’ Spotify already on Android: lettering and curious details of the songs of your favorite artists Spotify and the Genius is allied in the pas...

has published a video with gameplay of Days of Thunder NES, a gameplay video game unpublished, that allows you to view their impressive finish to the season with car racing without opponents, and in a distorted 3D. You can see under these lines.

An arduous task that has not yet been concluded

The work of reconstruction of the game have not been the only obstacles with which they have been found responsible for carrying out this task, but we also had to search among all the materials donated by the family to the early 2020’s: all the belongings of technological Chris Oberth were in your basement without order, nothing was registered and of course there was a lot more than 21 floppy disks, so an important part of the project has been to clarify where there was cloth to be cut and where not to.

The funny thing is that actually the Video Game History Foundation was not looking for this game in particular, but they were investigating multiple materials in search of other games unfinished, whose existence would have known. Currently, the foundation is working on to search the rest of the materials of Oberth to see if they can retrieve more projects not completed, and ensure that give you more information and news about find a thread to pull. 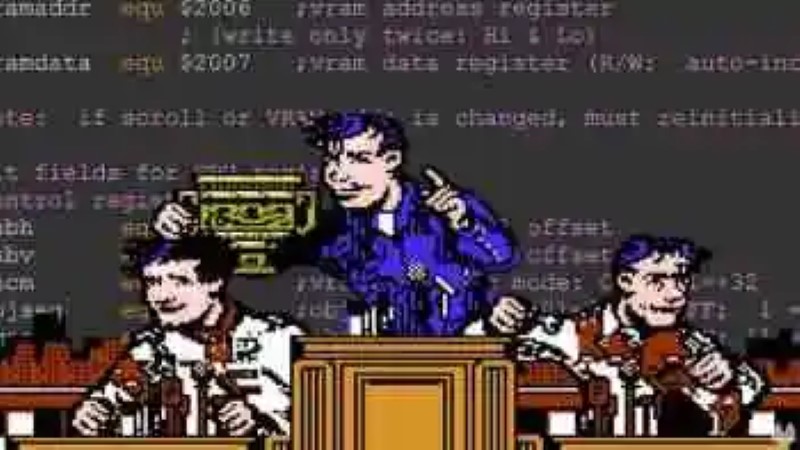 Rainbow Six Siege will expel those who cheat using the game chat
By using an exploit through the chat, you can cause lag for other players;...
This free application takes the display Edge of the Samsung Galaxy to any Android phone
One of the features of the range Galaxy S and Note Samsung is your scre...
Google redesigns the search results page for mobile devices
today, Google Search is probably one of the most commonly used options ...
Warhammer 40,000: Dawn of War III presents the Knights a Spectral
These units can be devastating in battle.Sega and Relic Entertainment we p...
Bibliography ►
Phoneia.com (June 2, 2020). Fail to retrieve a game unreleased NES based on Days of thunder Tom Cruise. Recovered from https://phoneia.com/en/fail-to-retrieve-a-game-unreleased-nes-based-on-days-of-thunder-tom-cruise/

This article was published by Phoneia, originally published in English and titled "Fail to retrieve a game unreleased NES based on Days of thunder Tom Cruise", along with 18987 other articles. It is an honor for me to have you visit me and read my other writings.
◄ ‘Betaal’: an oppressive mini-series from Blumhouse for Netflix with some memorable scene
Apple TV already includes the implementation of exercise Platoon ►