Filter elements of the story of Kingdom Hearts III

Tetsuya Nomura warns the fans and asks that data not be shared.

Some internet communities are filling up leaks with certain elements of the argument of Kingdom Hearts III. This seems to come from some people that have gotten the game ahead of time, what that has done to the game and some details about their story begin to circulate in the network. 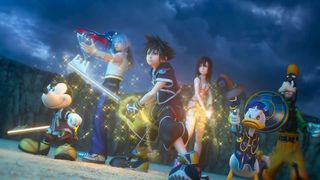 The situation has come to the attention of Tetsuya Nomura, in part because the game won’t be released until January 29, both PlayStation 4 and Xbox One, so it is obviously too soon and nobody in the team wants to ruin the experience of players with spoilers.

“we Know that a small part of the Kingdom Hearts III is going through the network,” says Nomura in its message addressed to the fans. “we Also know how it has happened“. Yes, by now you have not given more explanations about how it is possible for this filtration.

According to Nomura, the whole team has been working to identify how it has happened this filtration of aspects of the history of the game. The most important thing is that ask the players to not share the videos with the story elements that have been gutted.

Nomura recalls that “the epilogue of the story and a video secret, that would be the biggest destripes of the game, will be launched later as a preventive measure”. That is to say, that these videos are not still in no place and will only come through an update, precisely in order to try to mitigate this type of actions against the community. 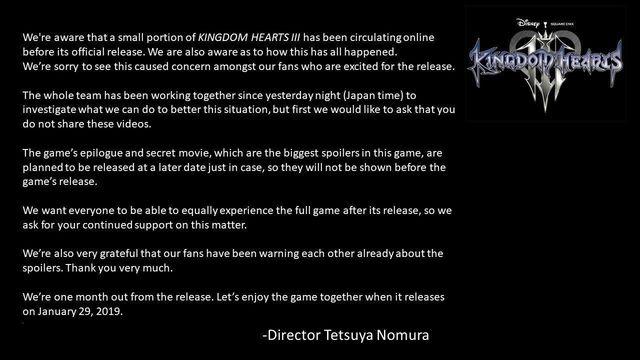 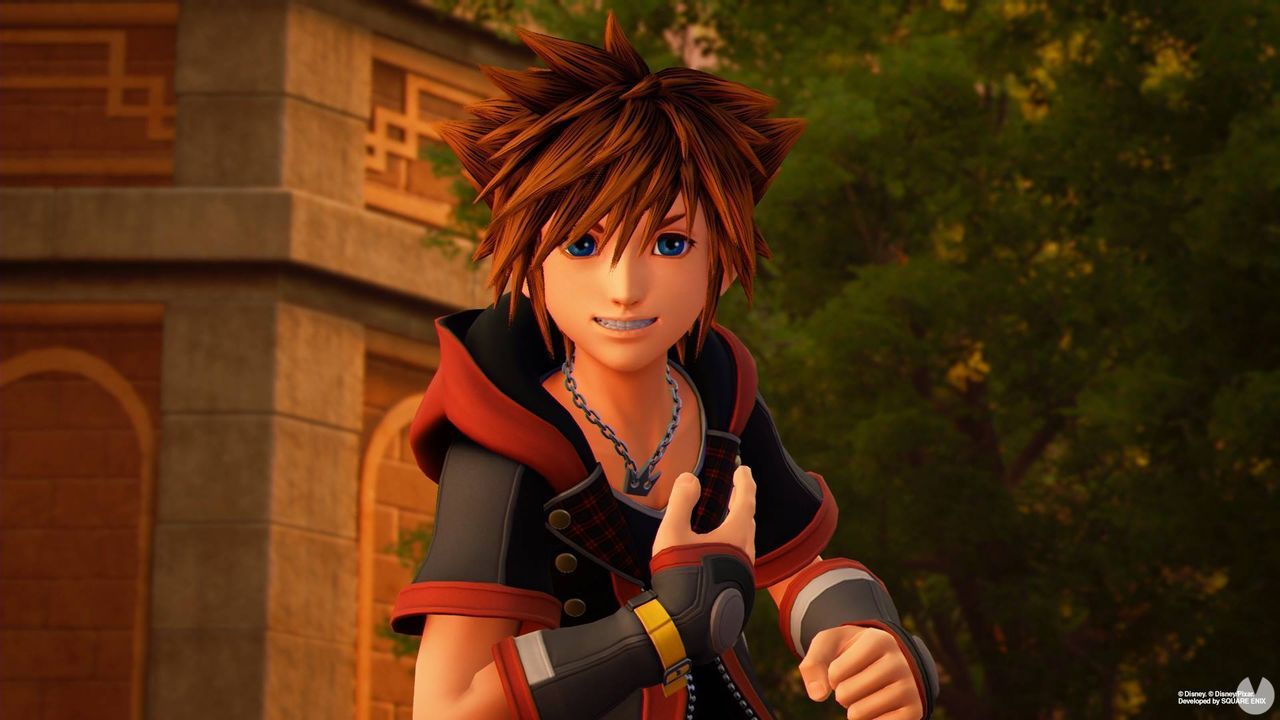