Filter out the wallpapers of Samsung Galaxy S20: it is already possible to download them in high resolution

rumors and leaks around the Galaxy S20 are intensifying as we approach date chosen by Samsung to present their new high-end models, the 11th of February. We already know, for example, almost all the details of their cameras or the refresh rate and resolution of your pantalla.

we’ve Even been able to see some renderings and what appear to be the first real photos the Samsung Galaxy S20+ 5G. It is precisely in these images is where you can see one of the wallpaper has been filtered in the exclusive XDA Developers, next to the link to download them in high resolution. 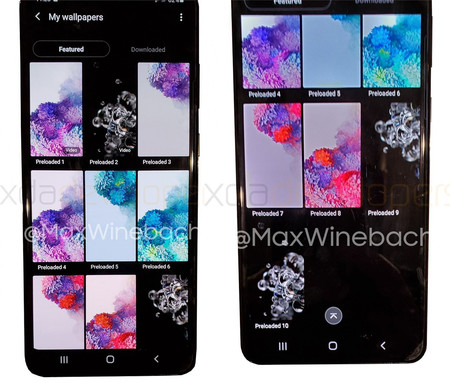 Although the usual is that we do not see the wallpapers (wallpapers, in English) until a new device is introduced, or, at least, appear your official photos, is not the first time that they are filtered prior in the case of Samsung. It already happened in your day with the Galaxy S II, then was repeated, with the Galaxy Note 8 and has now returned to spend with the Galaxy S20.

On XDA, as we said, to have had access to some of the wallpapers, according to claim from the media, will be launched with the Galaxy S20. Although there will be many more, you have filtered a total of eight wallpapers and two videos that Samsung included with the models of its new family of Galaxy S. 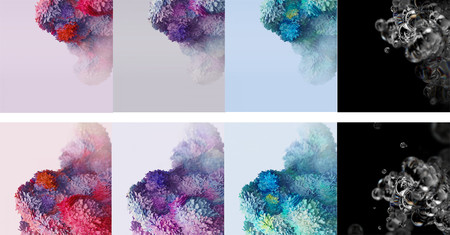 As we can see in the images, the colors of these wallpapers are pink, blue, black and white. Taking into account that the wallpapers Samsung usually coincide with the tones of the phone in question, it is not unreasonable to think that the manufacturer might launch the Galaxy S20 in those four colors.

At XDA, has shared a download link with the eight wallpapers to 3,200 x 3,200 pixel resolution, a size large enough to be viewed perfectly on any device. Also available are two videos for that, if you have a terminal Samsung, you can post them as an animation of the lock screen.

–
The news filter out the wallpapers of Samsung Galaxy S20: it is already possible to download them in high resolution was originally published in Xataka Android by Laura Sexton .