Filtered features of the Galaxy M40, the next mid-range Samsung

a long time Ago that we knew that Samsung intended to renew its mid-range and create a new family called samsung Galaxy M. Said and done, the first members to arrive to her were the Galaxy M10 and M20, which was launched in India last January. The second of them, the Galaxy M20, also went on sale in other countries, including España.

After him came the turn of the Galaxy M30, which was announced at the end of February (again, in India), and soon began the rumors about the arrival of the next model in the chain, the Galaxy M40. The own Samsung has confirmed that indeed plans to launch it on the 11th of June, but, as often happens in these cases, it has already been filtering most of their benefits.

The Galaxy family M breaks in the middle range

Although in principle it was intended to cover the phones more affordable of Samsung, the Galaxy family M will also include, as a minimum, a model of mid-range. A few weeks ago, the Galaxy M40 he shows up in Geekbench and revealed to us some of its characteristics, more typical of the average range of the input range: as the operating system, Android 9 Foot, and as the brain, a Snapdragon 675 together with 6 GB of RAM and 128 GB of storage.

The lenses of economic that can be coupled to the smartphone, to the test: to imitate the effects of the triple-camera is not easy

just This week, Samsung has enabled a page on Amazon India where he plans to unveil the phone on June 11. On this page are more details of the Galaxy M40, as your triple-chamber and perforated screen, in addition to the fingerprint sensor on the back. He also mentions a processor of the 6-Series from Qualcomm, something that fits with the SD 675 appeared in Geekbench. 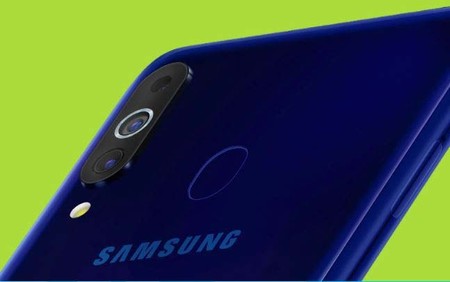 Now, SamMobile claims exclusive that the new terminal of Samsung will include a screen Infinity-Or 6.3-inch with FullHD resolution+ (2.340 x 1,080 pixels) and a battery of 3,500 mAh. Also ensures that the triple rear camera will be composed by a main sensor 32 megapixel camera, a depth sensor of 5 megapixels and an ultra wide lens 8-megapixel camera.

Both the maximum resolution of the rear camera (32 megapixels) as the one of the front camera (16 megapixels) had already been confirmed by an executive of Samsung India 91Mobiles recently, along with other important detail, the price, which according to this executive, it will be around 20,000 rupees, about 256 euros at the exchange current.

Google Pixel 3a: Evan Blass is filtered by a photo of the new "Pixel cheap" and points to the 7 of may as release date

filter out the characteristics of the possible Redmi Pro 2 with Snapdragon 855: 48-megapixel and 6.39 inches, between them

–
The news Is filtered by the characteristics of the Galaxy M40, the next mid-range Samsung was originally published in Xataka Android by Laura Sexton .

Filtered features of the Galaxy M40, the next mid-range Samsung
Source: english
May 31, 2019