Filtration: Dreams could be launched on the 14th of February 2020 on PS4

The video game Media Molecule, currently in early access on the console of Sony, might have revealed its official release date due to an error in a store.

Dreams could have revealed the date of launch of the final version by mistake. According to the store Shopto -that he has deleted the tweet in which he announced moments later-the video game Media Molecule would come to the Sony console in the next February 14, 2020. We remind you that, to this day, Dreams is only available in digital format and through a version of early access in the form of a content editor. However, and despite the fact that it might seem otherwise, this is a title so great that Sony wants to turn it into a platform for creative in the long term.

Dreams: a game with infinite potential that we have only a part

Media Molecule, the creators of Little Big Planet, conceived, Dreams as a video game in the huge, almost infinite. And what they have achieved. The title was released in early access this year to not to make you wait more the community of players, providing them with the editor and creative mode users, can already be purchased in the PlayStation Store of the console and that offers us tools to create anything that is swimming in our imagination. But as the study itself recognizes, it is a concept that is a bit complex for many, and although the utilities are intuitive and fun, they decided to make a campaign with levels created by the team and an emotional story.

ShopTo just tweeted that the release date for Dreams (Media Molecule, PS4) is announced for February 14, 2020, though no such announcement has been made yet. PlayStation Blog post incoming maybe? https://t.co/hJU7puC4gN Gematsu (@gematsucom) November 13, 2019

The date would not be casual, to the beginning of the year, just what is confirmed in your time, and avoiding the release of some heavy weights. Although we do not speak of a game designed for the same kind of audience, Dreams could occupy the space left by a first party as a The Last of Us-Part II, which was delayed to may, and so guarantee a Sony another exclusive game in that strip.

right Now the game costs 29,99 eur –click here– and allows us to create games, models, music, animations, and more, to participate in collaborative projects or to simply enjoy the creations of the community. Without going any further, a few days ago we saw a version of WipeOut and a basic editing of the title Control Remedy. The works of the players are being so ambitious, that Sony wants to expand the route of the game at least 10 years and its creators, start paying to the most active users. “There’s a backlog of interesting things that we have only tested, not Polish them or we have not yet investigated. You know, new tools, we want to make new tutorials, new ways to teach people new ways of sharing, more community features,” explained the own Media Molecule a few weeks ago. 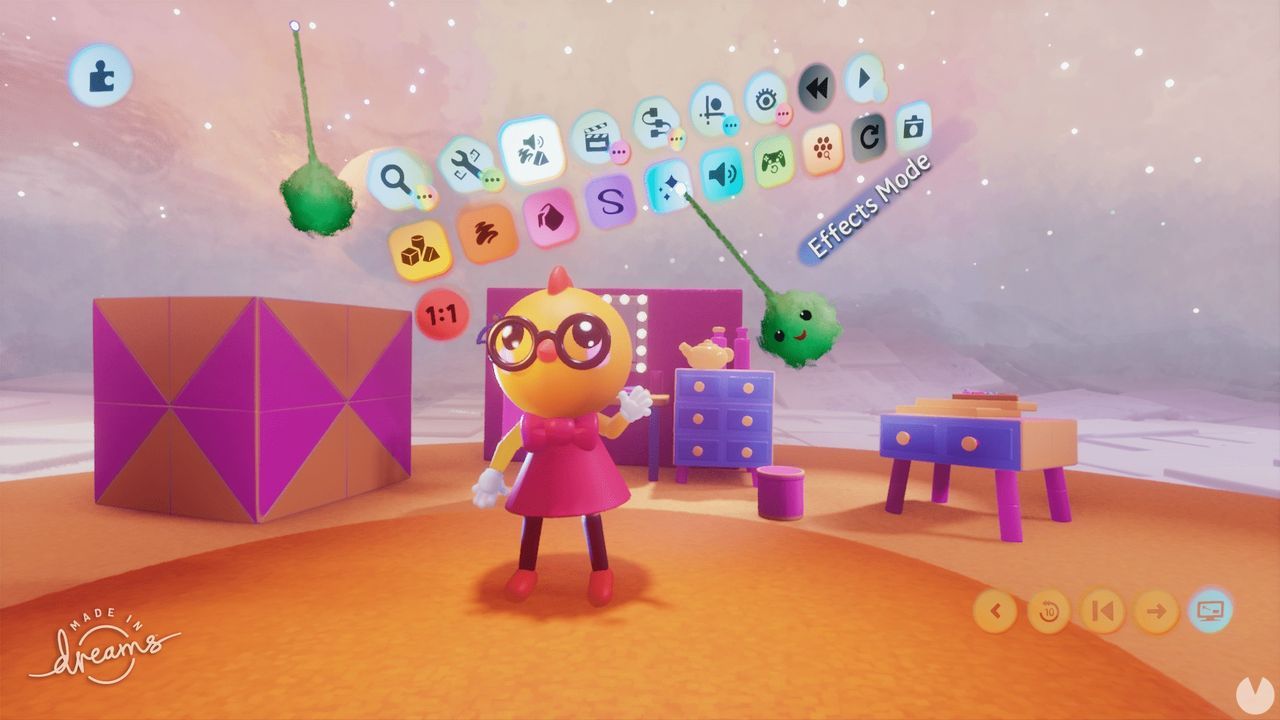