Finally! James Cameron already wheel the sequels of ‘Avatar’ with a budget of 1,000 million dollars 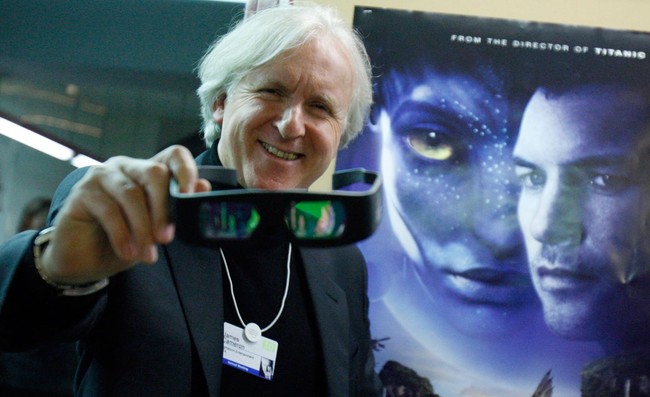 James Cameron does things in a big way. At the end, after numerous delays, kicked off the shoot of the four sequels of ‘Avatar’; no filmmaker had ever dared to film four films at once, a challenge that is further complicated when we speak of blockbusters —before Cameron, the more “brave” was Peter Jackson with the trilogy of ‘the lord of The rings’—.

Another worth noting is that the four feature films they’re going to cost around 1,000 million dollars. This has been confirmed Deadlinethat drops the figure could be higher. Right now it is the largest budget ever approved in Hollywood; it was rumored that the two upcoming movies ‘The Avengers’ will cost the same amount but, for the moment, such data has not been confirmed officially.

Recall that the distribution returns to be led by the protagonists of the first installment released in 2009 (and even today, the highest grossing movie of the story): Sam Worthington, Zoe Saldana, Sigourney Weaver, and Stephen Lang while the new features are Cliff Curtis and Oona Chaplin.

In terms of release dates, ‘Avatar 2’ will arrive on December 18, 2020, the next a year later, on December 17, 2021, and then it will be three years until we see ‘Avatar 4’, the December 20, 2024; ‘Avatar 5’ to be released on December 19, 2025 and, in theory, there going to be all over. Called attention that we have to wait three years since ‘Avatar 3’ to be able to continue the story when they go to film all the movies consecutively, for now there is no explanation.

in Addition to the making, James Cameron is the author of the stories that have developed the writers: Rick Jaffa, Amanda Silver, Josh Friedman and Shane Salerno. On the other hand, Cameron is involved as a producer on ‘Alita: Battle Angel’, directed by Robert Rodriguez, and in a new trilogy of ‘Terminator’ whose staging will be in the hands of Tim Miller. A return to high for everything.

James Cameron begins the production of the four sequelae of 'Avatar' and there are new release dates!

'Avatar' will have FOUR sequels: James Cameron announces another movie more for 2023

–
The news finally! James Cameron already wheel the sequels of ‘Avatar’ with a budget of 1.000 millions of dollars was originally published in Espinof by Juan Luis Caviaro .