. The film is being shot in Almeria, Spain
Shooting the film adaptation Assassin’s Creed in our country has attracted the attention of many international media, they start to advance and publish various photographs and screen filming of the tape in Almeria . The Daily Mail brings us the first images
In them we see the famous actor Michael Fassbender – Shame, X Men: First Class, Steve Jobs – who plays Aguilar, a member of the Order of Murderers Spanish blood , which faces with the Templars in Spain will be. As you can see, the look of the clothes look very similar to Ubisoft games . In addition, we can also have a look veteran actor Brendan Gleeson – Braveheart, Calvary, In Bruges -., That will make father figure to the character of Michael Fassbender

it will be set in the fifteenth century Spain

Ubisoft and said at the time that we will see “faces known “, which makes suspect the appearance of cameos characters from the video game series, but did not want to go deeper about it, leaving several questions on the air. Starring Michael Fassbender, the film tells the story of Callum Lynch, a new character who revives the memories of his ancestor in the Spain fifteenth century, and has its premiere scheduled for 21 . December of next
year 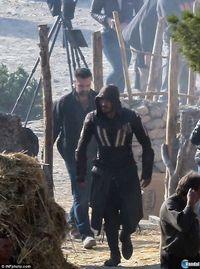 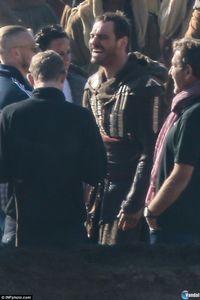 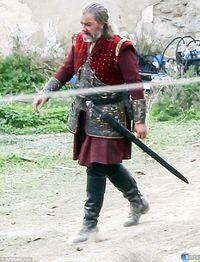