‘Friends’ and ‘Seinfeld’ will never return with new episodes, but NBC has not ruled out the return of other series 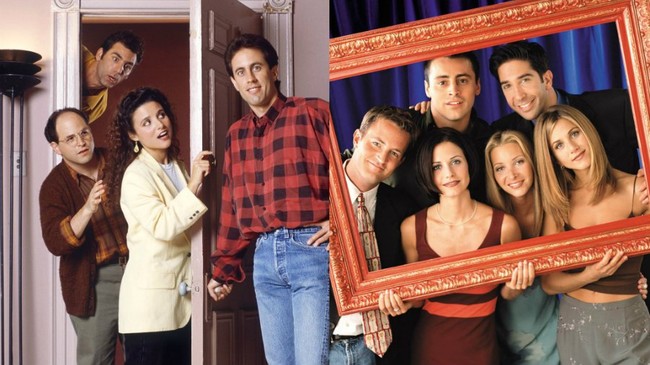 Now that nostalgia invades the cinema and the television, and products of the 80’s and 90’s are resurrected or recycled, it seems that everything can return to our screens. However, NBC has ruled out the return of two of the most popular series of the last decades, ‘Friends’ and ‘Seinfeld’.

“we can Not make reboot of everything“, has declared Robert Greenblatt, the head of the chain. Possibly after shedding a tear as he added: “Friends, for example, never will. Seinfeld also is virtually guaranteed that you will never have a reboot. I would love to have a reboot of Cheers if it were 20 years ago“.

even Though the head of NBC says “reboot” he is referring to what is known more commonly as a “revival”, the return of the series with the main characters original. Since years there is talk of the possibility of a new meeting of the ‘Friends’ and the success of the fake trailer for the film which you can see above seems to show that there are many fans looking forward to seeing more stories from Ross, Monica, Rachel, Phoebe, Chandler and Joey, however, everything points that will never be.

Recently, David Crane, co-creator of the series, also rejected the possibility of the return of ‘Friends’ with these statements:

“It’s like when you break up with someone and years later you have the opportunity of seeing him: don’t want to go back to see him. No, the series is already done. We had 10 years great. If you want to see Friends is on tv. […] Friends would over a period of time in the lives of these people, when your friends are your family, when you’re in that age. Now they are adults with their own families, it is a different show. All of a sudden is The Big Chill [‘Reunion’, 1983].”

The success of the new seasons of ‘Will & Grace’ and ‘Roseanne’ can encourage to dust off the old successes of the past and, although ‘Friends’, ‘Seinfeld’ and ‘Cheers’ are discarded, the NBC does not close the door to the return of other series: ‘The Office’ could go back even without the original cast complete and there are options to recover ‘The west wing of the White house’ (‘The West Wing’) although Greenblatt clarifies that Aaron Sorkin he is too busy right now to work on that project. The executive also says that

What do you think, want to see new episodes of some of these series, or should leave them as they ended up?

'Friends' is neither sexist nor homophobic

–
The news ‘Friends’ and ‘Seinfeld’ will never return with new episodes, but NBC has not ruled out the return of other series was originally published in Espinof by Juan Luis Caviaro .