‘Game of Thrones’: the subtle reference in the soundtrack of the final episode that reinforces one of the great moments of the series 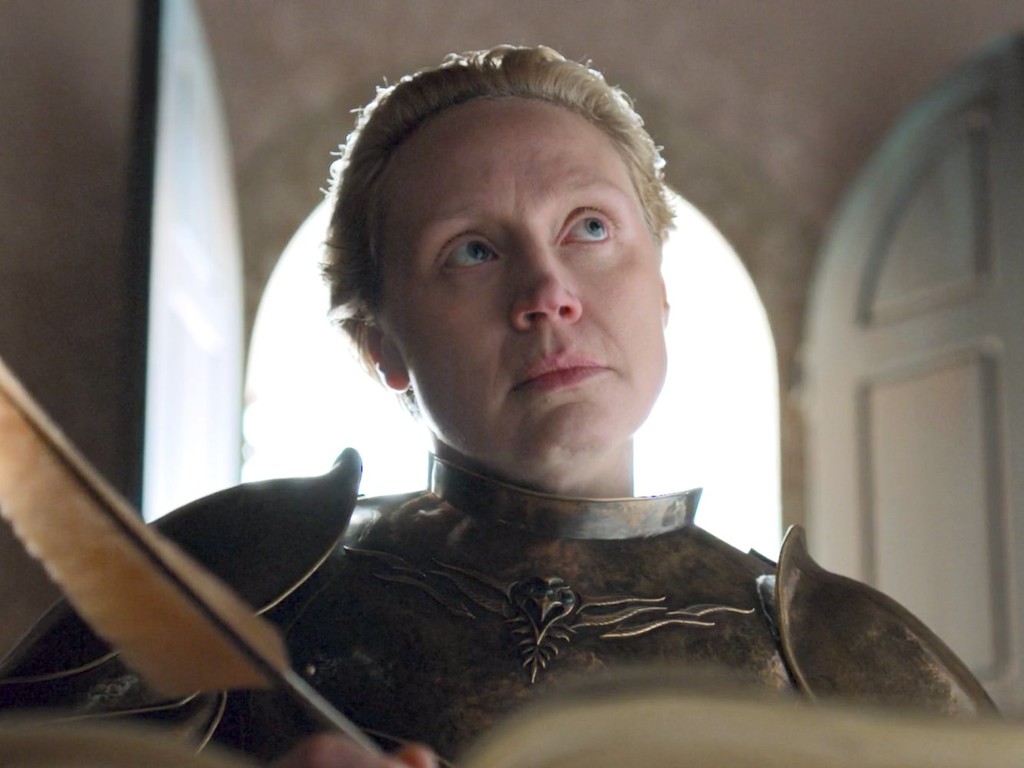 Almost a month after the final ‘Game of Thrones‘, there is very little of the intense enthusiasm that woke up the series, without a doubt, the great phenomenon of television of the last few years.

Has passed the fever to the fans, or has moved to other products (such as ‘Chernobyl‘, of the same HBO), and now we look to the future, “the next Game of Thrones“.

Although the outcome not be to the liking of all, and that can leave a sour taste, I think we can agree that the last six episodes of the adaptation of George R. R. Martin contain great moments that leave a footprint. Each one will have their moments favorite; for me two of the best are starring the same actress, Gwendoline Christie, and have to do with the relationship between Brienne and Jaime (Nikolaj Coster-Waldau).

The first is the farewell, the chapter 8×04; the second is in the final episode and will happen when Brienne writes about the heroic accomplishment of their beloved. It is a simple scene, beautiful and sad, where Christie returns to prove that it is one of the best performers of the show. But there is a detail that has been overlooked for many spectators and the has revealed Ramin Djawadi, author of the soundtrack.

A melody to break the heart of fans (even more)

The composer explains that the music that you created for that scene, dubbed “The White Book”, included the same tune that plays in ‘I Am Hers, She Is Mine’, the romantic theme of Robb Stark (Richard Madden) and Talisa Maegyr (Oona Chaplin) in the famous wedding of the second season (history, let’s remember, he was not a happy ending). So what explains Djawadi:

“I threw It there because I thought that would be a hint of subtle to your relationship. When you sit there and think about it and write down all the things you’ve done, the second half is the theme of ‘Honor’, but yes, a big chunk of that song is the theme of the wedding.”

“it is Only a hint of what their relationship, if they had been together, if he were still alive, it could have been. In what could have become. That’s why I put it out there. […] It shows the power of the music. Not say words, but to put it there, your imagination goes to where this could have gone. I wanted people to have that emotion, and those thoughts.”

And he succeeded, no doubt. The work of Ramin Djawadi is essential for the scene to reach its full potential and remains as one of the great moments of ‘Game of Thrones’. That series, in spite of all the blunders, has kept us very entertained and in suspense for eight years. If the miss, remember that you have at least 11 movies and 17 series to fill that vacuum.

Oh my GoT! Analysis of the fourth episode of the final season of 'Game of Thrones': has left Daenerys to be the best candidate to the throne?

"I Know that it was not too dark because I shot I". The director of photography for 'Game of Thrones' 8×03 responds to criticism

'Game of thrones' 8×04: the return of the best of the series with an exciting cocktail of conspiracy, intrigue, and surprises

–
The news ‘Game of Thrones’: the subtle reference in the soundtrack of the final episode that reinforces one of the great moments of the series was originally published in Espinof by Juan Luis Caviaro .