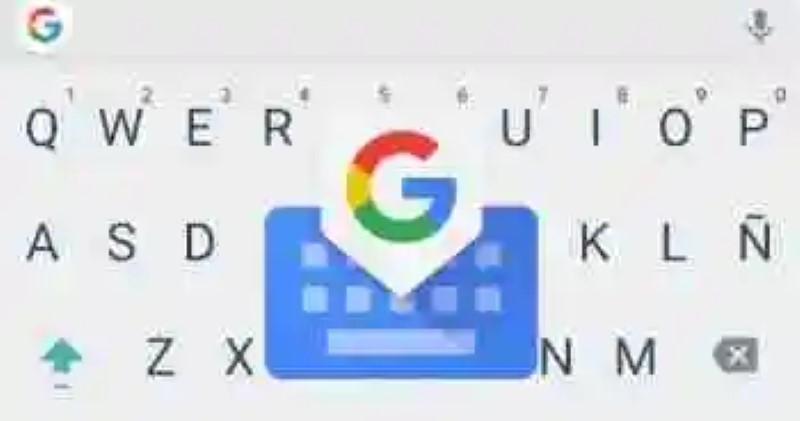 Now that Swype has ended its support, the keyboard Google gains more relevance. the GBoard works really well and already goes by the version 7.0. After you turn on the handwriting, we now have a series of add-ons that seemingly go unnoticed but it will help us to write more fluid and comfortable from the mobile phone.

GBoard 7.0 is available for install manually and it will arrive to Google Play over the next few days. Those upgrading will find a improved support for multiple languages, an option of auto completion of mail, and universal search of any type of files, very useful if you want to send an image or a GIF. Let’s see how they work.

► This is how Google Maps will encourage you more to “work” for free on their maps: get new badges to the Local Guides Comes an important innovation for the globa...
► Google Assistant disables the integration of Xiaomi: its security cameras showing homes outside The security cameras of Xiaomi are sufferi...
► Non-Google Maps, in a town of Sardinia for tourists not to be lost Baunei is a town in the Italian island of Sa... 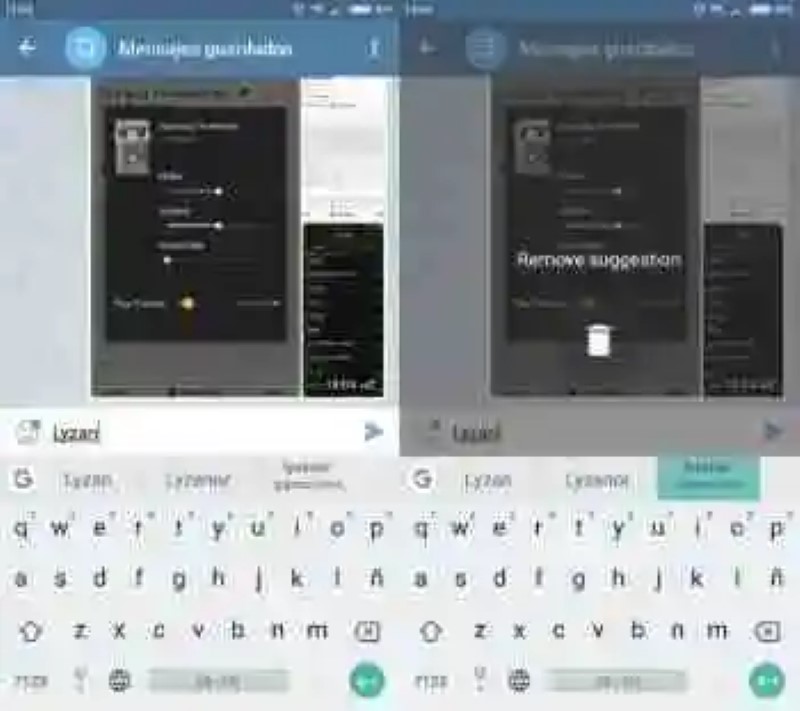 Until now, the suggestions on the keyboard of Google we never autocompletaba our e-mail account or that of any of our contacts. However, it is something that we tend to write quite a bit. Starting with version 7.0 when we start typing the address it will give you the entire mail.

If we don’t want to Google it suggests to us an account, selecting we can remove it from the list. As we do with any other word. 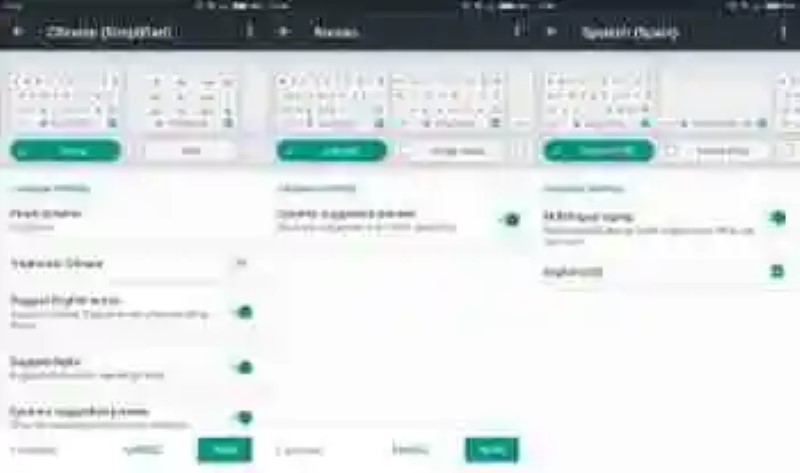 The keyboard Google allows us to have two languages at the same time. It works in a simple way but now in this latest version they have modified the menus for the settings. Now to edit we will have to go to the menus for each language and there you can choose between the different options that the language allows us to. 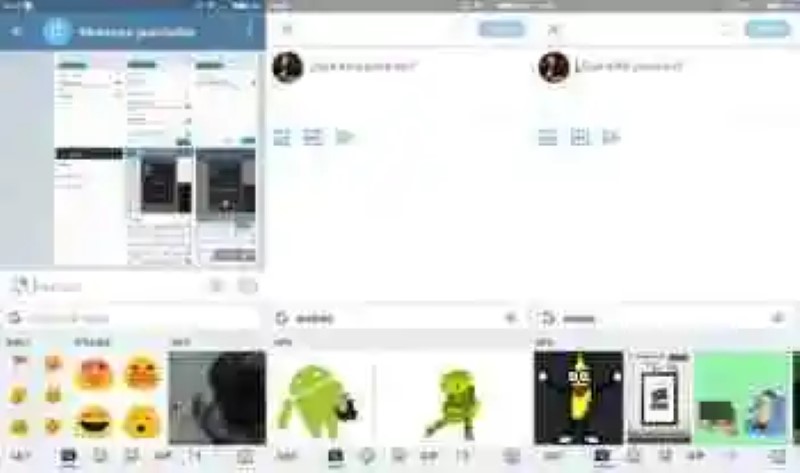 But without doubt, the main addition of this version 7.0 is the universal search. The keyboard Google already allowed us to introduce GIFs and other images, but now it has added a search button in which you can insert a word and find all kinds of related multimedia content.

A search button at the fingertips of our keyboard, very useful if for example we want to send GIFs of a specific topic or images of what we’re talking about. And of course, being from the keyboard will be compatible with all types of applications, such as for example WhatsApp.

If you want to try GBoard 7.0, from APKMirror are available the file of the beta. For the rest of the users who don’t mind waiting, since Google Play will end up coming to all users. We will update when it is available already to all in the final version. 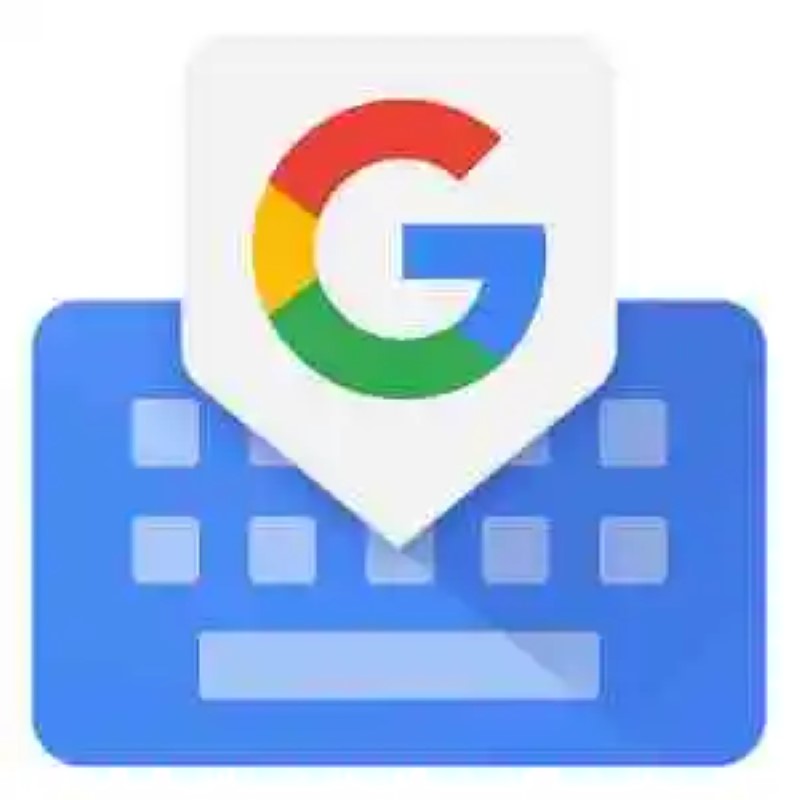 –
The news GBoard 7.0 beta adds universal search for images or GIFs, auto-completion of emails and support for new languages was originally published in Xataka Android by Enrique Perez.

A Fnac out of his hands a Moto G 2015, and its specifications are far from the filtrate
Working on weekends is not good, you happen to be locked up while othe...
How to get root access on Android 4.3
The access root is a precious commodity for many Android users who l...
The sinister history ‘lobotomobile’
The lobotomobile case is counted as a dark chapter of medicine and ps...
MiniWiki, Wikipedia on your Apple Watch
For users of Apple Watch who want to have access to the information of Wik...
Bibliography ►
Phoneia.com (February 21, 2018). GBoard 7.0 beta adds universal search for images or GIFs, auto-completion of emails and support for new languages. Recovered from https://phoneia.com/en/gboard-7-0-beta-adds-universal-search-for-images-or-gifs-auto-completion-of-emails-and-support-for-new-languages/

This article was published by Phoneia, originally published in English and titled "GBoard 7.0 beta adds universal search for images or GIFs, auto-completion of emails and support for new languages", along with 18986 other articles. It is an honor for me to have you visit me and read my other writings.
◄ Android P also will help you avoid swiping with the microphone of the apps in the background
Samsung resumed the update to Android 8.0 Oreo for the Galaxy S8 ►