Gboard adds new emojis, and try coloring the navigation bar according to theme 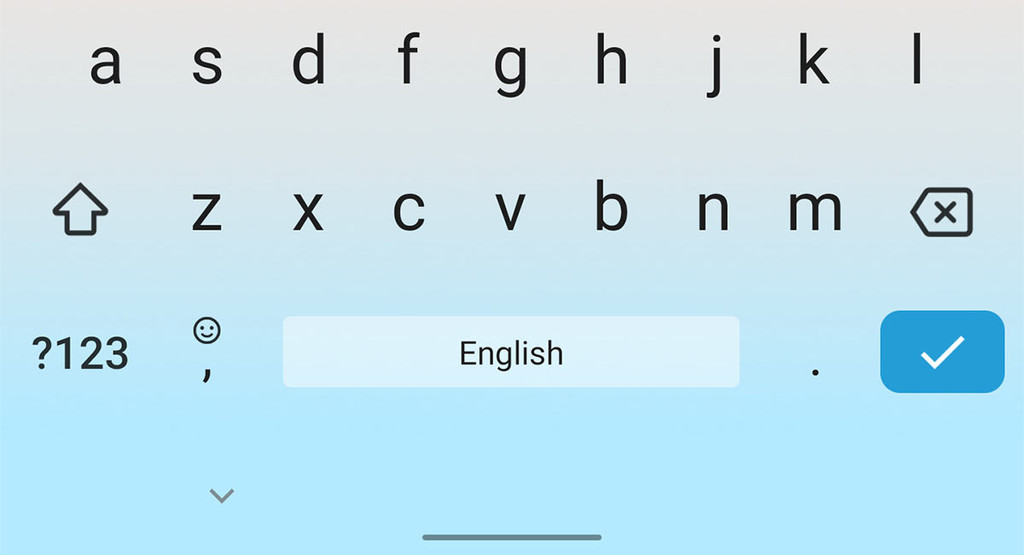 Google has just released the update 8.2.9.247053488 of Gboard on Google Play, and brings quite a few new developments, although it is possible to not have it all activated. As always, Google has opted to activate from the server part of some of the new features.

The list of changes official speaks to us of the support for the emoji 12.0 in the Android Q, the keyboard is reminiscent of the colour of skin and gender of the emojis, the portapapelesthe possibility to import and export the dictionary, the possibility of being able to clear the history and the support for vertical displacement in expressions. What is not mentioned, but some users have experienced, it is navigation bar that is stained the same color as the theme of Gboard. 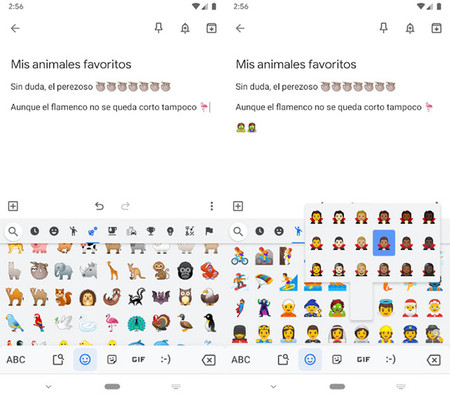 The latest version of Gboard added support for the emoji Unicode 12, generally you will not be able to enjoy unless you have Android Q. In total, there are 230 new emojis, including the lazy, guide dogs, the flamingo, the orang-utan or the skunk.

These are the 230 new emojis that are coming soon to your keyboard: couples of color, more animals and more gestures

also include emojis gender fluid and the possibility that the keyboard please note the shade of skin and gender preferred. However, in my tests this does not seem to work too well.

The support for the clipboard has been a time in the beta version of Gboard, although the continuous tests of the californian company made that some users have from makes it even more time and others still not yet seen. It seems that now yes, finally, the clipboard function is active for all.

Basically, Gboard remember all the texts that you have copied to the clipboard in the last hour. If you have snippets of text that you use frequently, you can prevent accidental erasure by pinning them with a pin.

while there are things on the list of changes official that does not appear to be active (such as the possibility to export the dictionary), there are others that are not on the list, but some users have seen. It is, for example, the tinted navigation bar according to the theme of Gboard.

In this mode, the navigation bar integrates seamlessly with Gboard when you use a color theme or even one of the funds with a gradient. By the time it is not clear if this will be the standard behavior in the future or just one more test.

Gboard for Android launches its new suggestions smart of emojis, stickers and GIFs

The beta of Gboard is updated to include a clipboard manager

–
The news Gboard adds new emojis, and try coloring the navigation bar according to the subject was originally published in Xataka Android by Ivan Ramirez .

Gboard adds new emojis, and try coloring the navigation bar according to theme
Source: english
May 17, 2019