It is designed for the transportation of civilians.
Cloud Imperium Games has announced the Genesis Starliner , a new spacecraft that can fly in Star Citizen Citizen , the new space simulation game being developed by the company.
This ship, get well playing , we acquire the input (along with many other advantages and vehicles) if we paid href=”https://robertsspaceindustries.com/pledge/ships/starliner/Genesis#buying-options” $ 484 to finance the game, because remember that the title is getting their funds through crowdfunding.
Its capacity allows up to 40 passengers and eight crew members . In addition, the interior is fully customizable so you can adapt it to our liking.
Your main role will be to transport civilian passengers , one of the most peculiar and unique roles that we can take in the game, forcing us to pay close attention to all the trips we make when it comes to transport passengers to and make sure they arrive safely at their destinations.
This activity is highly regulated , so we’ll have to get us one first license to start our career in this important service in the galactic ecosystem. As fulfill missions successfully and go climbing, our reputation will also rise , something that also affect scores to give us our passengers.
Star Citizen It will be a degree of spatial simulation in which we can create our own trading empire and participate in all kinds of battles ships. The game has already raised nearly $ 85 million through crowdfunding 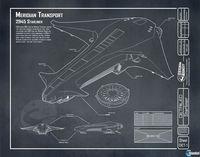 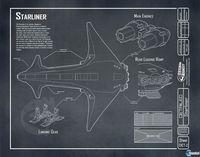 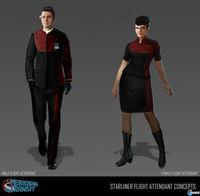