George R. R. Martin talks about the end of ‘Game of Thrones’: “David and Dan have had six hours. I hope to fill out three thousand pages” 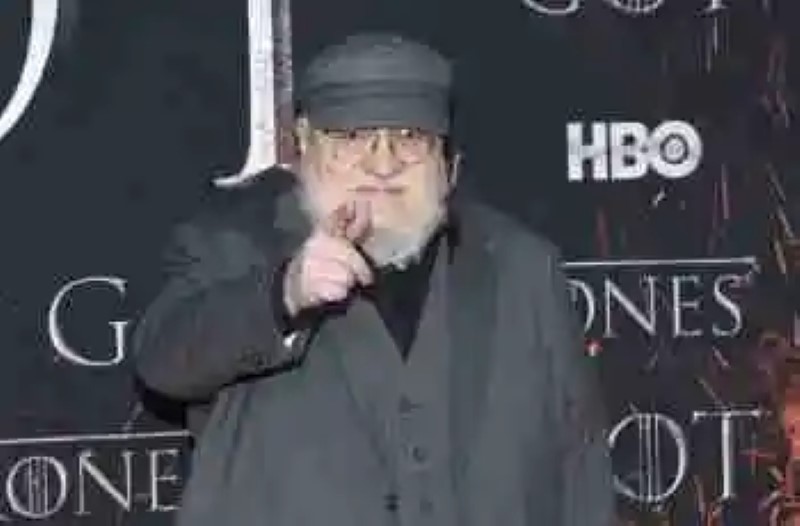 With this so riddled with the controversial final season of the ‘Game of Thrones‘ we have not been few that we’ve thought of George R. R. Martin and when we can read YOUR final. So much that some days ago, commented that the two books that are already written and waiting for the end of the series to be published. Something that Martin denied categorically on his blog.

Also on her blog, the author of a Song of Ice and Fire devoted an entire entry on the end of ‘Game of Thrones’ and how it has been a big change in your life:

“I had No idea, that evening of the Palm, that he was about to embark on a journey that would change my life. Had optioned books and stories for television and film before. Some even came to do. There was No way of knowing that this time would be different, that this pilot not only would roll but would become one of the most successful series in the history of HBO with a record number of Emmy awards, and became the series most popular (and pirated) in the world and transform a group of talented actors but unknown in the big stars and celebrities. And much less imagined that I would become also a famous… and the truth be told, I’m not sure how it happened.”

he Also had space to comment that this end is only the beginning to all the cast and the artistic team of the series, which are already embarking on a handful of projects (Star Wars David Benioff and DB Weiss; Brian Cogman in The lord of the Rings trilogy, the prequels…).

And, of course, is always the big question: the do the books for when?, are we going to have the readers an ending completely different?:

“And I’m writing. Winter is coming, I told you so long ago… and so it is. ‘Winds of winter’ has a long delay, I know, I know, but it will end. I don’t want to say when, what I have tried before only to chascaros and gafarme myself… but when it is done, then will come ‘A dream of spring’.

How ends it all? I hear people ask. Will the same end the series?, how different?

Working in an environment very different from David and Dan, don’t forget. They had six hours for this final season. I hope that these last two books of mine filled three thousand pages of manuscript between them before the end… and if you need more pages and chapters and scenes, I might add. And of course, the butterfly effect will work; those that follow Not a Blog will know that I’ve been talking about this since season 1. There are characters that never made it to the screen, and others who died in the series but are still alive in the books… so at least the readers will know what happened with Jeyne Poole, Lady Heart of Stone, Penny and her pig, Shakaz Shaved Head, Arianne Martell, Estrellaosucra, Victarion Greyjoy, Garlan the Gallant, Aegon VI, and a myriad of characters, large and small, that viewers of the series never had a chance to get to know. And yes, there will be unicorns… of some kind.

Book or series, what will be the final “truth”? It is a silly question. How many children had Scarlet O’hara?

What do you think of this? I write. You what you’re reading. Then everyone can form their idea and discuss about it on the Internet.”

And the truth is that you have reason. Mostly because since very early in the series was acquiring its own identity and away from the original material. At the beginning any noticeable change but then they had to go their own way to give us an end quite worthy.

I just hope that ‘Winds of Winter’ and ‘Dream of spring’ come out close enough to each other to not having to wait half a century to know the end of ‘a Song of ice and fire’.

what is wrong 'Game of Thrones': rape as a narrative resource problem

Oh my GoT! Analysis of the fifth episode of the final season of 'Game of Thrones': put to trial the evolution of Daenerys

'Game of Thrones' 8×04: a new "making of" it elaborates on the characters that will decide the future of the West

–
The news George R. R. Martin talks about the end of ‘Game of Thrones’: “David and Dan have had six hours. I hope to fill out three thousand pages” was originally published in Espinof by Albertini .

phoneia.com (May 21, 2019). George R. R. Martin talks about the end of ‘Game of Thrones’: “David and Dan have had six hours. I hope to fill out three thousand pages”. Bogotá: E-Cultura Group. Recovered from https://phoneia.com/en/george-r-r-martin-talks-about-the-end-of-game-of-thrones-david-and-dan-have-had-six-hours-i-hope-to-fill-out-three-thousand-pages/