Get caught to a professional player of Counter-Strike cheating

His entire team has been dismantled as a result of its cheating in a tournament.

A professional Counter-Strike: Global Offensive has been caught cheating at a tournament. Not only that: it tried to prevent judges will check your computer and failed to delete the hack before being discovered.

Nikhil Kumawat, known as the Forsaken, is a team player professional OpTic India. It has been discovered to be cheating against the computer Revolution of Vietnam in the tournament Extremeland Zowie Asia being held in Shanghai.

► The holometer, or how to measure “what” is made of space and time The holometer machine is more accurate ...
► Sony shows The Last of Us Part II behind closed doors; would be launched on the 21 of April this Is a demo focused on stealth and chasqu...
► iPhone X gold could be in production Before the launch of the iPhone X there were...

Kumawat had called the attention of judges and attendees, who suspected that there was something happening. Therefore, a judge for the tournament agreed to his computer and managed to prevent that the player manipulated his computer to clear the hack. The small scuffle was recorded on video:

The exact moment when admins at #eXTREMESLAND2018 caught forsaken and I’ve attempted to delete the hack pic.twitter.com/rZG7aYBdbD— CSGO2ASIA (@CSGO2ASIA) October 19, 2018

The player was using a aimbot, a program that allows you to set enemies in our sight. As A result of the use of traps, all his team was disqualified, and was expelled to the player of the same.

Your computer also suffers the consequences

After becoming official, the penalty against OpTic Indicates, the company has decided to dismantle all the equipment, so that the rest of the players have been left without the space to play.

Nikhil Kumawat is facing a possible deportation lifetime of the tournaments of Counter-Strike. And it is this is not the first time you get caught cheating: he had already been expelled in 2017 of the tournaments in ESL after being detected by the system to cheat the own Valve. 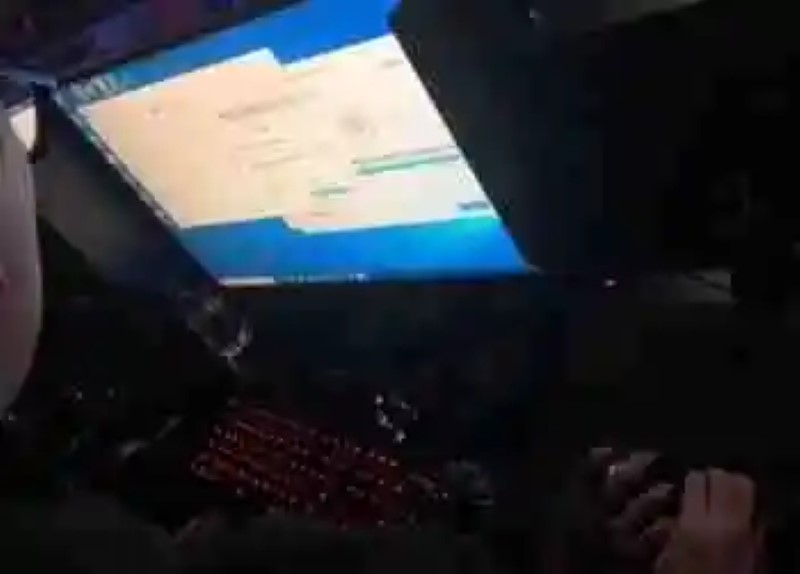 First images of shooting the film Assassin’s Creed with Michael Fassbender
. The film is being shot in Almeria, Spain Shooting the film adaptation ...
Google Play Store begins to suggest promotional videos of applications and games
If you open the Play Store of your Android device and navegáis betwe...
The fun trailer for ‘The Righteous Gemstones’ presents the new series from Danny McBride for HBO
https://www.youtube.com/watch?v=EXyVlpdi-tc HBO has launched the trailer '...
New charger HyperDrive USB-C +7.5 W Qi Wireless
The new HyperDrive is a hub 8 in 1 USB-C also allows to load in the form w...
Bibliography ►
Phoneia.com (October 21, 2018). Get caught to a professional player of Counter-Strike cheating. Recovered from https://phoneia.com/en/get-caught-to-a-professional-player-of-counter-strike-cheating/

This article was published by Phoneia, originally published in English and titled "Get caught to a professional player of Counter-Strike cheating", along with 18990 other articles. It is an honor for me to have you visit me and read my other writings.
◄ ‘The Magicians’: magic is back in the trailer for the fourth season of the series from Syfy
‘The Night Comes for Us’: the encyclopedia illustrated of action ultra-violent Netflix is also its best premiere of the year ►