Google AIY Projects: an app that turns cardboard in cameras and speakers smart 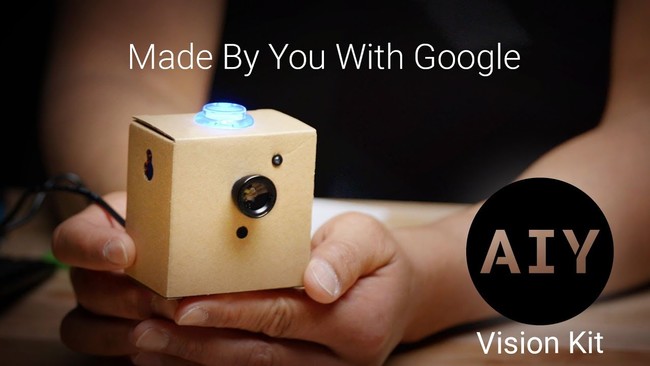 last year, Google introduced a new concept in the world of crafts: the AIY (Artificial Intelligence Yourself or, in English, Do-it-yourself). It is a variant of the already popular DIY (Do It Yourself), which we all handymen know, but introducing the concept of technology of fashion: the Artificial Intelligence.

Thus were born the AIY Projects. Google’s goal with these projects is to bring the technology to anyone who wants to experiment with Artificial Intelligence, especially to parents and students interested in the sciences and technology. In the end, it is expected that in a few years a large part of the new jobs are related to Artificial Intelligence and live with the machine learning integrated.

Magic with cardboard and IA 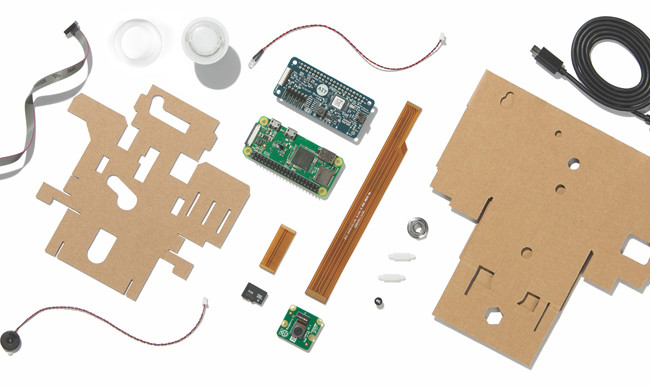 Cardboard, a camera, a Raspberry Pi, Zero, cables… and an application to tie it all together.

To get anyone to play with Artificial Intelligence, Google has revamped their kits with everything you need (Raspberry Pi (Zero included) and has launched the application Google AIY Projects. Has renewed the Voice Kit last year, with which you can make your own speaker intelligent, and has added a new one: the Vision Kit, a kit to build your own smart camera, as if it was the small camera Clips.

The Vision Kit does not require a connection to the internet. It’s simply a matter of programming it with a neural network model, following the instructions, to start recognize expressions, to give information of the objects that identify, or even follow the movements of a face. The trick is to define and develop new features using the capabilities of the kit and training their neural network.

An application to make things easier 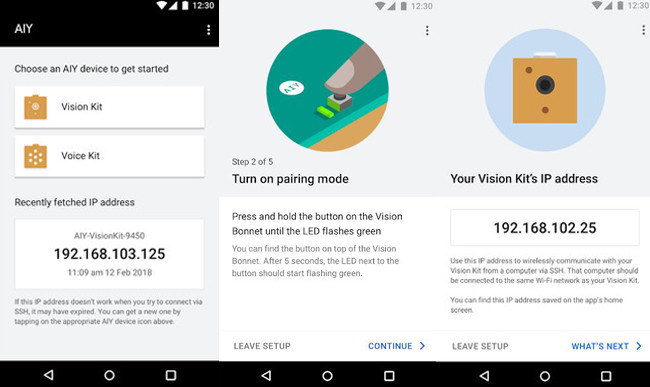 The application that will make you feel like a expert engineer in IA.

The new application Google AIY Projects allows you to configure the kits much more easily. Step-by-step, their instructions show you how to generate, automatically, an IP to be able to bind and control the kits through the WiFi signal and avoiding the complex processes of programming. It is clear that, if you’re not a neophyte, you can always program it yourself. The web page also includes several machine learning models to begin testing the kits right away, and is expected to be adding other models and recipes collaborative that curious people from all over the world end up developing.

–
The news Google AIY Projects: an app that converts cardboard in cameras and speakers smart was originally published in Xataka Android by Toni Noguera .