Google boasts speed in the Share menu in Android 10 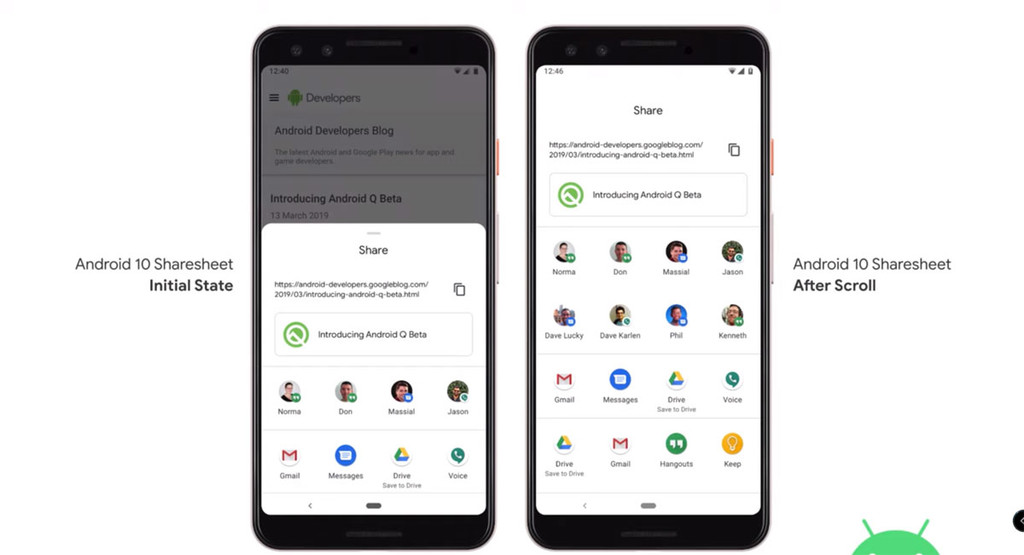 The share menu Android has never been known for being very fast, especially since in Marshmallow added quick contacts, or Direct Share. Google he promised a fix by the end of 2018 and this came with Android 10.

This is that the share menu would be faster as we have already heard at other times, although on this occasion, Google has put data on the matter. In a session during the Android Developers Summit 2019 the company has compartiro how fast is the new share menu Android.

The session for developers focuses on the changes that must deploy the applications to take advantage of new developments in screen sharing of Android. Part of these changes involve a sharing of the “people” that can share items with the system in advance, instead of in real time, the main cause of the delay.

This, according to the evidence of Google, assumes an acceleration that is important in the time it takes to receive the box to share after pressing the button compared to previous versions. In the following graph, the comparison is made for Android 10 (A10) against Android-9 (A9).

While in Android 10 half of the users can already see the share box last 27 milliseconds, in Android 9 at the same time only 9% of users had visible. The majority of users to have the box visible past 103 milliseconds, in a time that previously was only done for the 48% of users of Android-9. In this case, approximately twice as fast.

According to data from Google, Android 9 the Share screen is displayed for the 100% of users around the 561 milliseconds, so that any person who has a mobile handy you can probably verify that the measurements are a bit optimistic. The numbers itself may not be too representative in itself, even though yes we have to wait increase speed in the load menu.

Samsung announces the beta program of Android 10 with One UI 2.0 for the Samsung Galaxy S10

These are some of the mobile Sony update to Android 10

–
The news Google boasts speed in the Share menu in Android 10 was originally published in Xataka Android by Ivan Ramirez .