Google closes Bulletin, your project of local news stories published by the users

early last year, Google announced a new project called Bulletin. The aim was that the users themselves published news and stories from your community, say a neighborhood, so the rest of the inhabitants could hear what was happening in his immediate surroundings. In a first moment it is launched in a few us cities, then expanded to the entire united States and Canada, and now closed.

So what has been made known to the company to the users of the “social network”, if it could be considered a social network, through an e-mail. According to the mail, Google says that “we have decided to end the pilot Bulletin” and that “in two weeks, the app Bulletin will not be accessible and the stories created will not be visible publicly”. 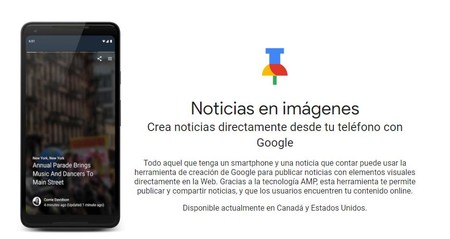 this is how Google the goal of “Bulletin”.

the Bulletin was a mix between Twitter and Facebook, and I used technology AMP to allow users to publish stories hyperlocal. You could add images, news stories and publish them online for everyone to see, but it does not seem to have been very successful. And Google is not that we tremble the hand to the hour of closing services that do not work (RIP Allo).

If you read this from the united States or Canada, you will be interested to know that all the stories published in the Bulletin has been compressed into a file .zip that you can download until the 22 of November. After this date the link will no longer work and all the content will disappear. In terms of alternatives, Google proposes to Blogger, your free tool for creating blogs.

it is Not the first project that Google releases to connect people nearby. In fact, last year launched Neighbourlywhose idea was to connect users with their neighbors to ask questions. Consists in sending messages to the air that are received by the rest of the community and that, with some luck, someone will answer.

Another case we saw last July, when Google announced Sholeace, an app to connect like-minded people. It is not a Tinder, but more an app for make a group of people with common interests. As well, users can sign up and search for people who have a dog, go for a walk together or create groups of raids to Pokémon GO, the options are varied.

Facebook Creator for Android: this is the application with which the social network seeks to attract the talents of Youtube