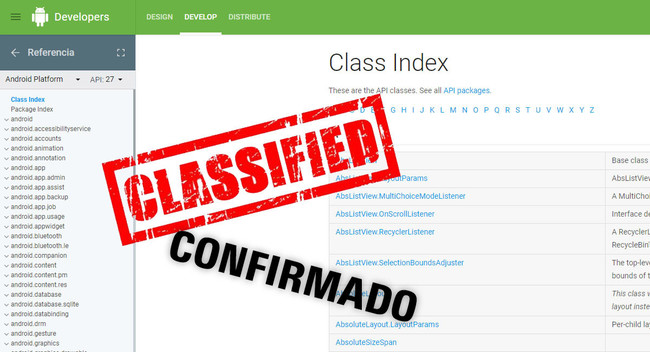 a month Ago I talked about how Google was going to prevent access to certain functions and methods not documented, hidden, or unofficial applications for Android. So infería then from this commit in AOSP, yesterday Google has confirmed, and share details about the process.

Android is becoming a platform matures and as we add new capabilities to keep up to date it is also necessary to make clean. He has touched now to the interfaces of Java that are not included in the SDK, the changes will come as soon as the next Developer Preview.

The target, to improve the stability

According to details Google in his blog, the objective of this purge is to improve the stability of the system. With Nougat you did something similar applied to the language C/C+ and Android P it is the turn of Java. Use APIs to unofficial not included in the SDK means that the application may have closures sudden since those methods may change at any time, or to disappear, to not be an official part of the SDK.

The next Developer Preview of Android Q empeará to display warnings to developers who use some of these methods that are marked for delete access, while in the final version directly it will throw an error.

it is Not known exactly how many popular applications make use of this type of methods, although Google will start blocking methods that estimate almost no one used or have little impact. The restriction will only increase from here on out, although it seems that there will be enough time to adapt applications to use only official methods… if there are any. In the opposite case, Google encourages you to report this in the Bug Tracker.

More information | Google
Xataka Android | Google continues to shut down the fence in Android: limit access to the APIs undocumented in Android Q

–
The news Google confirms that it will begin to close the access to APIs not official was originally published in Xataka Android by Ivan Ramirez .