Google confirms that the Pixel 3 has been discontinued 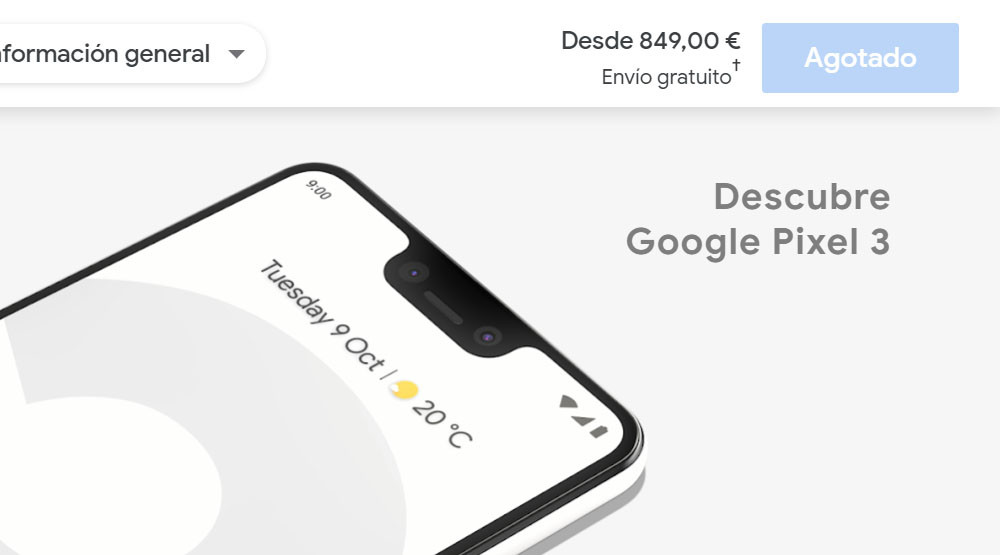 Google is reluctant to sell mobile phones of previous generations, as they launch their new mobile withdraws from the sale the previous models instead of lowering the price and keep the sale as Apple does.

This is what has happened now with the Pixel 3: and Pixel 3 XL, already have been exhausted in the Google Store, and is not a temporary problem stock. is Not become available again.

Google has confirmed to Xataka Android it has ended the stock of Pixel 3, but now have to sale the new Pixel 4 and Pixel 4 XL too much of the Pixel 3 and Pixel 3 XL, so that they are not going to replenish.

If we enter Google Store now appear to us the Pixel 3 as exhausted, but in a few days will disappear your tab of the store. These models appear exhausted already practically all over the world through the online store of Google.

Google Pixel 4 XL, analysis: not only photography live a high-end

Now if we want to buy a Pixel 3 or Pixel 3 XL we happen to resort to other vendors. is In Spain also sells officially the operator Orange, which can be purchased free by 669 euros in front of the 849 euros that calling until a few days ago the Google Store. You can also find units on third-party vendors of Amazon, eBay and other stores.

When Google released the new Pixel 4 from 759 eur held on to the Pixel 3 from 849 euros, 90 euros more expensive than the new model. Not I came to drop the price to settle, but as we see, have only lasted three more weeks to the sale.

Now the section of mobile phones from the Google Store only we found for sale new Pixel 4 and the Pixel 3a from 399 euros. As I said at the beginning, it is a shame that Google do not follow the steps of Apple and keep them in your catalog earlier generations prior downgrade in price, since the Pixel 3 remains a very good option.

–
The news Google confirms that the Pixel 3 has been discontinued was originally published in Xataka Android by Cosmos .