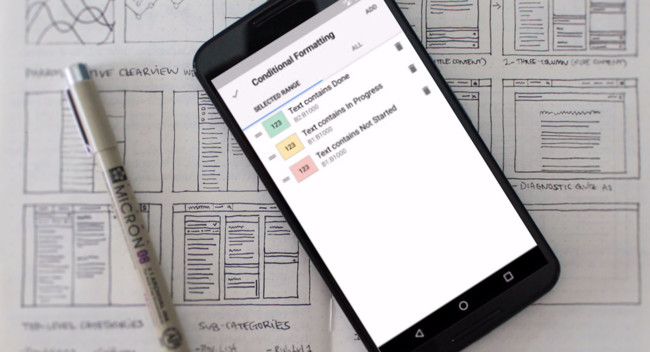 Google will gradually providing the mobile version of its office suite more and más functions. Given the small mobile screen, or Tablet is somewhat surprising everything that can and do with Google Docs, Sheets and Slides.

This week is the turn improve Google Docs and Google Sheets, where each gains a new ability. Google Docs can now edit documents directly from the print view , while Google Sheets includes the conditional formatting cells

Google Docs for Android was already able to show a preview of any document print mode, but if pulsabas in the pencil icon is changed to normal edition, adapted to the width of the phone screen. 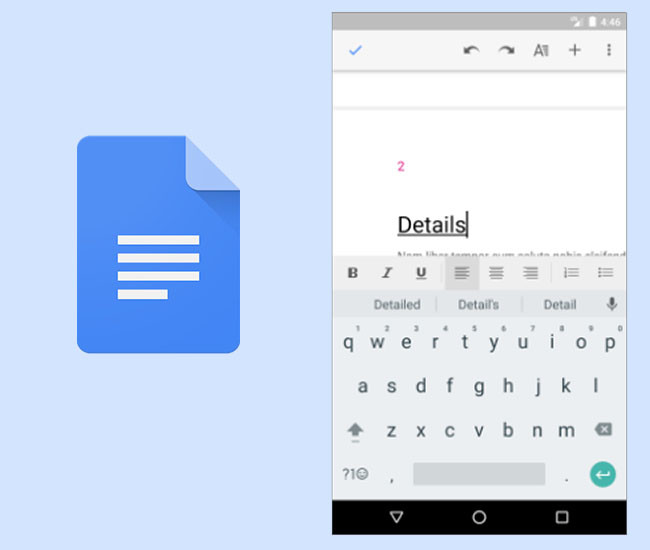 it is now possible edit the document without leaving the edit mode , which you can be very useful if you are making cosmetic changes and want to see how it will end typeset. For example, adjusting the line breaks to fit on a sheet or similar settings.

Meanwhile, Google Sheets incorporated into Android a favorite functions users: the conditional formatting cells. This feature enables a cell change color depending on its value . For example, that turns red in case of negative numbers 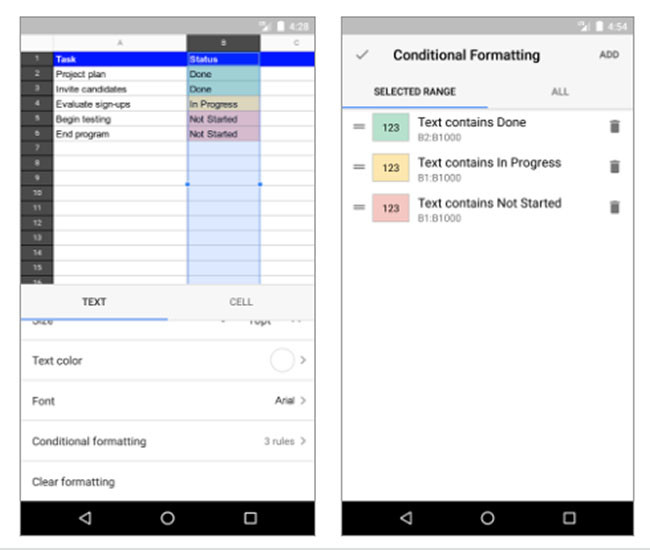 So far, Google Android Sheets respected these conditional formats, but you could not edit or add from your mobile. With the new version it will be possible, by selecting the cell and, after clicking the button format, choosing Conditional Formatting in the Text section.

These changes are already approved and pending arrived all users, which Google believes will arrive in just over three days

more information. | Google
In Engadget Android | Google Docs, Sheets and Slides automatically save documents you use to view them offline

–
The news Google Docs and Sheets are updated edition print view and conditional formatting was originally published in Engadget Android by Ivan Ramirez .