Google Go: the version, ultra-light seeker reaches around the world with important news

At the end of 2017 Google launched a version, ultra-light of your browser under the name of Google Go, a little more than 7 MB, which until now was only available in very few countries and devices Android Go Edition.

as of today the application is ultra light, Google Go to be available for download to all over the world. The lite version of the browser can now be downloaded from any country and any device.

this is Google Go 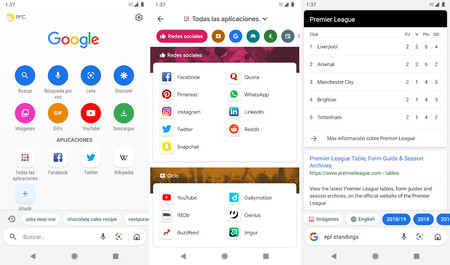 Google Go application is a lightweight and fast which is mainly designed for devices with little storage, but also for those users who only want a version basic of the Google search engine, and that you don’t mind sacrifice to the Wizard of Google or Google features Lens.

Here at Google, Go find a simple application to perform search, download images and GIFs, discover news with Discover and use a version castrated of Google Lens. In addition, it also acts as a launcher to show the applications that we have installed.

Google Lens is one of the novelties of the global launch of Google Go. The recognition of Google images opens in this version is ultra-lightweight with a version castrated, that only allows to recognize the text of the picture taken by the camera. The options that allows this version of the Lens is to translate the text or hear it in a loud voice.

another novelty is the built-in web browser of Google Go also allows us to** hear aloud the text of web pages**, something that the full version of Google does not allow you to do. 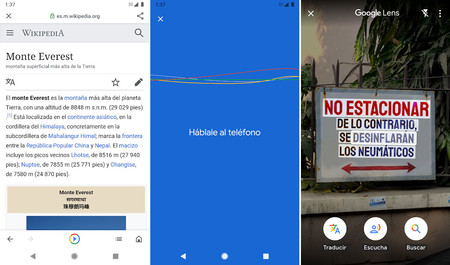 don’t miss the voice search, or the widget of the search of Google to integrate this new search engine microlight in our home screen.

Google Go is an application focused on emerging countries, where the devices have little storage and data charges are expensive. In the app settings, you can activate your basic mode to save data when loading web pages basic. It allows us to a 40% saving data.

the normal version of The application Google is more than 200 MB of space while this version is ultra-light occupies 10 times less than.

Applications that flipaste in your day: Google Goggles

Google Lens is integrated in the camera app of Google: so you can try it on the Nexus or Pixel

–
The news Google Go: the version ultra-light, the seeker reaches around the world with important news was originally published in Xataka Android by Cosmos .