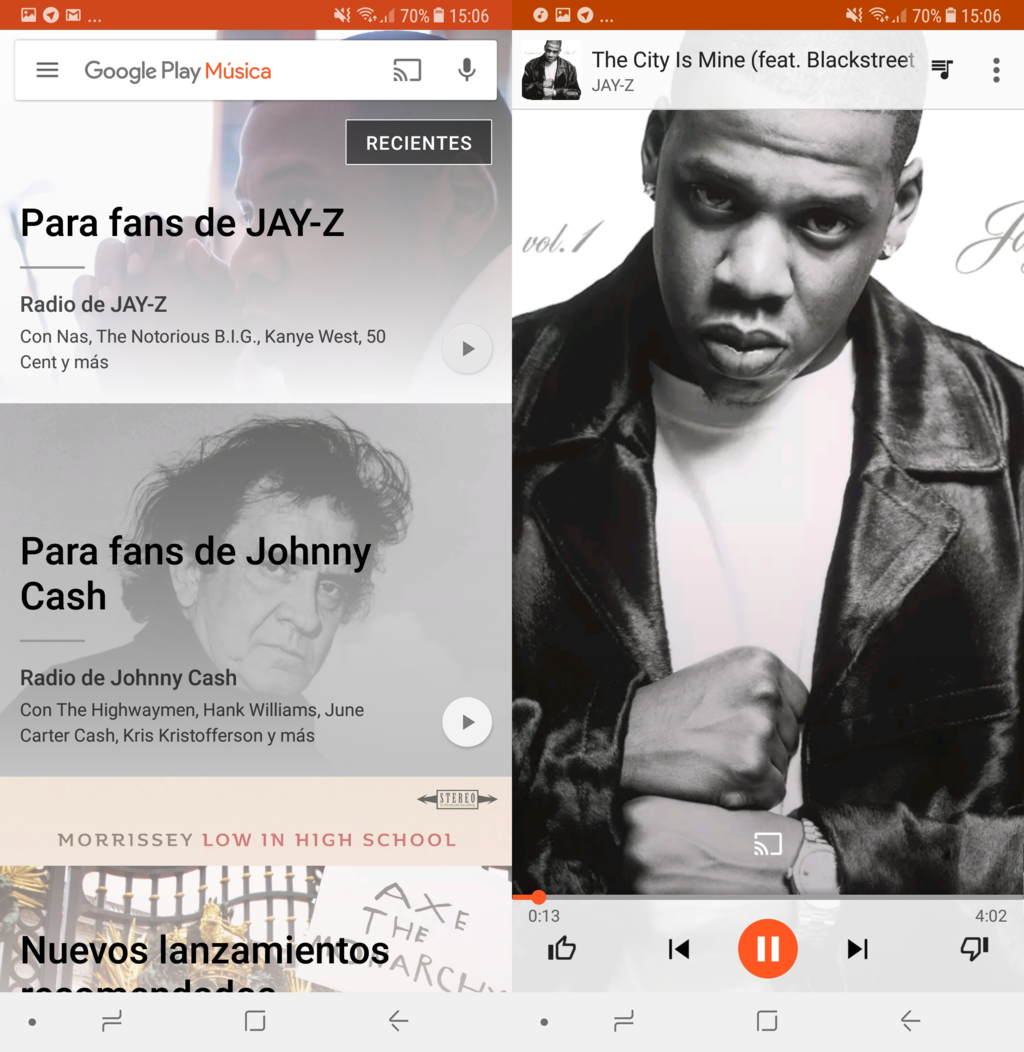 There are those who would say that this update of which I speak today is a clear example of the adage, “In casa del herrero, cuchara de palo”. Google Play Music is a fantastic option for listening to streaming music and use the space in the cloud to have our albums and songs favorites. However, for a long time to come, including a feature that the engineers thought it would be very useful for users but in the end ended up becoming a problem.

Until now, when we were doing vertical scrolling in a list of reproductions could be given the situation in which if we scroll horizontally on a song (a swipe to the right, go) this would be removed from the list. As seen from the perspective of Google, it was a shortcut very quick to delete themes that are not wanted. However, this concept has not taken root, and the sensitivity that I had to delete topics was too high. With the latest update of the app for Android we’ve seen that this problem is already solved.

In last update Google Play Music not seen any major change in the changelog of the app but if we take an eye to the larger communities of Android, we see how, for example, on Reddit echo this change: fixed sensitivity and no longer will be deleted topics when you swipe over them, or unintentionally when we do scroll to see the entire list.

What is certain is that this feature (or problem, depending how you look) it takes quite some time present in Google Play Music. Coincidence or not, recently opened a thread with lots of comments on Reddit warning about this and now, in a matter of a very short time, they have decided to change it without any type of notice or communication officer.

Probably the engineers of Google, like any other application developer in Android, you pass often by the forums and communities dedicated to this operating system. It is appreciated that the Mountain View have been agile with this change though if they want convince more than one to return to its music service, myself included, are going to need to make more changes.

–
The news Google fixes it, by order, one of the bugs more fools Play Music was originally published in Xataka Android by Juan Carlos González .