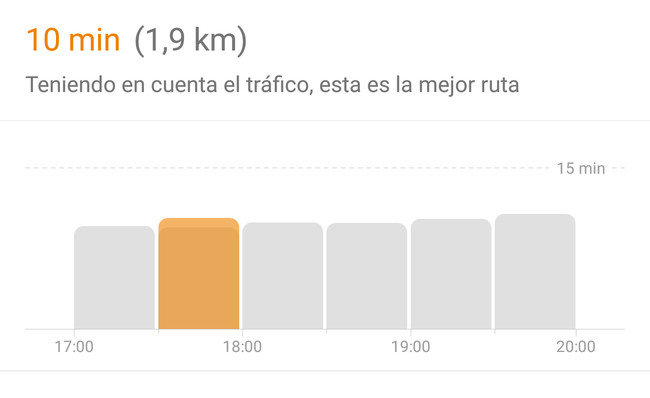 Since a couple of years with Google Maps can know what is the best time to go to the store or restaurant, by querying in their statistics, so busy is the local during the day. Well, now a statistic similar to also come to our trips in the car.

With the new version of Google Maps (9.57) to the calculate your route to reach a destination, we’ll see a new chart bar that shows us for various hours the time which we are going to take a while to reach. 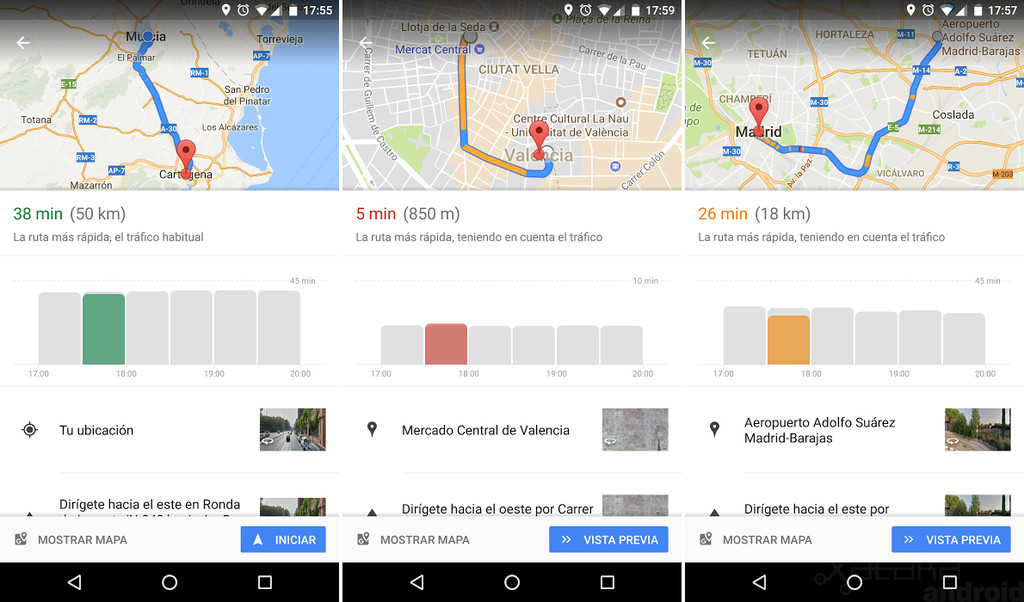 This new information shows us approximately what it would take to reach out in that moment and what it would take to get out half an hour, an hour, an hour and a half or two hours later. In this way you’ll be able to avoid the rush hour in which the deductions are inevitable, especially at certain hours of the middle day and afternoon, where workers return to their homes

All the information will be approximate data based on previous day. Only for the current time if that will show the status of the current traffic.

–
The news Google Maps for Android helps you to avoid the rush hour alerting you of the best time to go to your destination was originally published in Xataka Android by Cosmos .