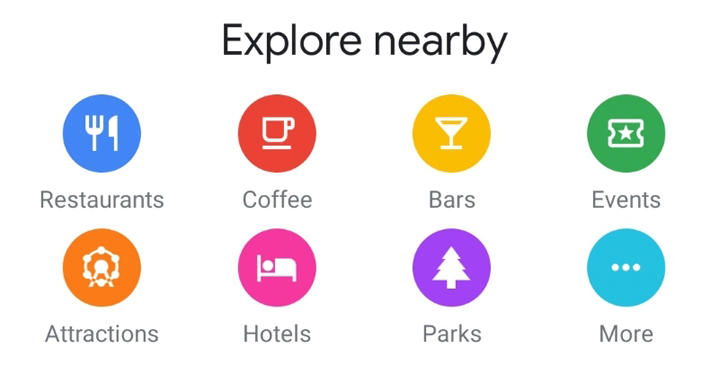 Google continues to test and incorporating new features and options in Google Maps, the popular navigation app that has recently joined the select club app with more than 5,000 million downloads on Google Play. A month ago, for example, released a new view offers in the chip business, and just a few days ago, he surprised us all by joining the snake game.

Now, while we eagerly await the possibility of warning of the presence of accidents and speed cameras, which already enjoyed by some users, we have known that the company of Mountain View is testing new icons in the tab Explore to further facilitate the discovery of nearby places. 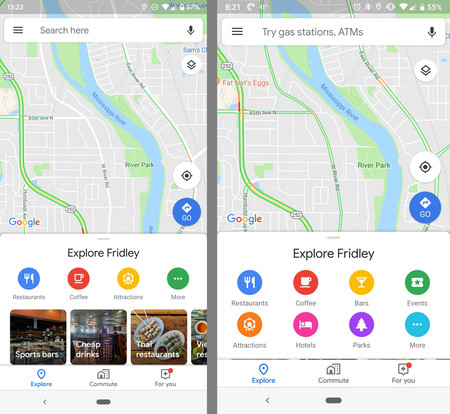 Each time you open Google Maps, you can view our location (provided you have location turned on, of course) and, through the Browse tab. (located at the bottom of the page), find places and establishments around us, in addition to several shortcuts to perform additional search.

Google Maps background: guide with 35 tricks to take advantage of all its functions

Currently, we can observe four icons within the Browse tab.: three of them very specific (which tend to be Restaurants, Bars/Cafes and Attractions), and a fourth, named More, which we can access to switch categories more detailed.

however, with the new user interface you are testing Google, it increases the number of icons, so that we get, the margin the More button, seven shortcuts in place of the three that we currently offer. That way, it is possible to access other types of places rarely appeared before, but also are sought after frequently, such as hotels and parks. 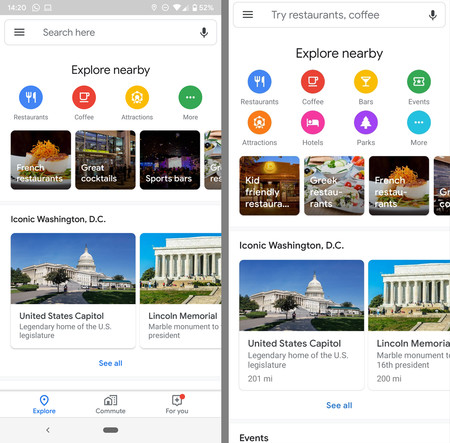 Obviously, we can continue by typing “park” into the search bar or look for it in the selector of categories of the Plus icon, but this new interface provides a fastest and easiest way to access some search useful. In addition, it is of great utility for all those users who were unaware of the Plus icon, or simply did not know that you can do a generic search of hotels or bars.

unfortunately, it seems that this function is is still in testing phase and is being activated from the server of the company, and so does not depend on the version of the application that we have installed. Hopefully eventually Google will decide to implement it for all users.

–
The news Google Maps test new icons in the tab Explore to find hotels, parks and more places nearby was originally published in Xataka Android by Laura Sexton .